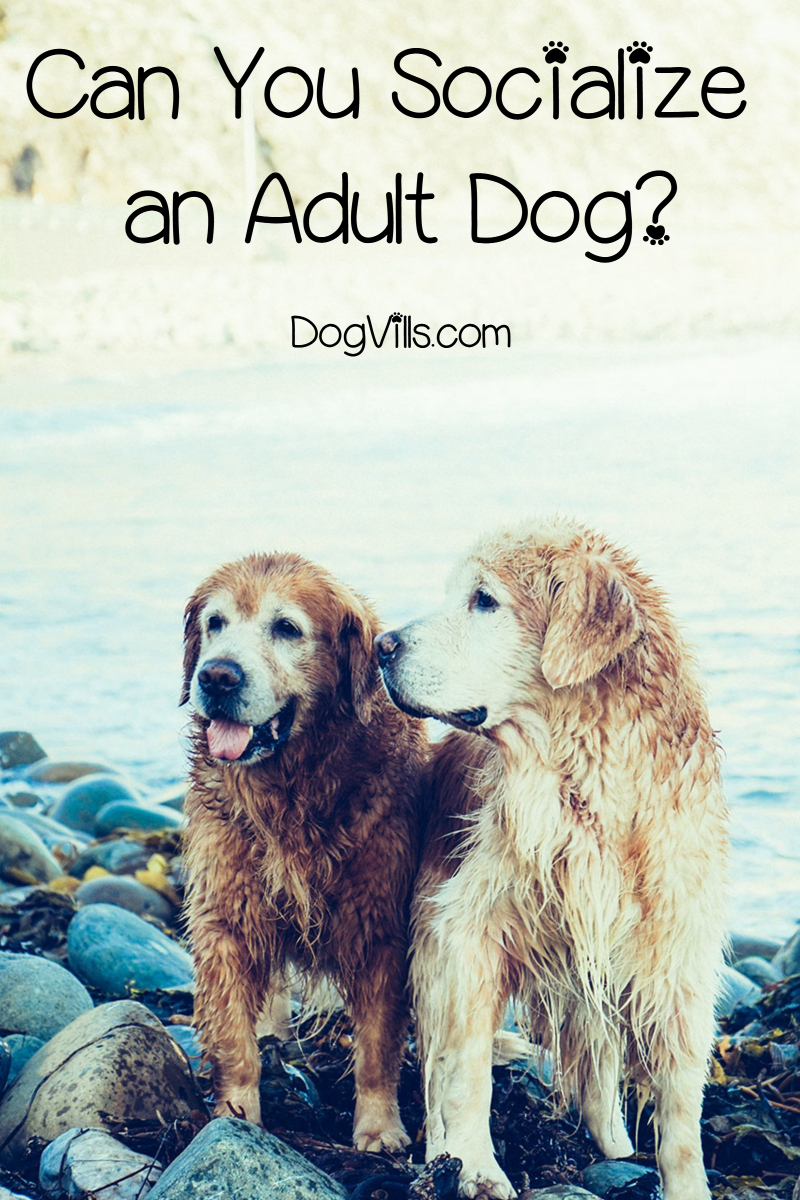 Can you socialize dogs later in their lives?

How to socialize an older dog?

A friend recently asked me, “If a dog didn’t get properly socialized in puppyhood, can you do it later in his life?”

He couldn’t socialize his puppy, because Toby was sick for a while and had to stay indoors.

If so, keep on reading to find out if you can successfully socialize an older dog.

Can you properly socialize dogs later in their lives?

Any dog whisperer will tell you that early socialization is a must if you want your pooch to grow mellow and happy.

Unfortunately, sometimes it’s not possible to expose your puppy to new experience, people, and object.

For example, the little one might be sickly, as in my friend’s case, or you might adopt a dog that has never been properly socialized.

But here is the thing. It’s much more difficult to socialize an older dog than a puppy.

That said, it can be done. It’ll be a challenge, but it’s doable. Let’s see why it’s so hard and how to do it anyway!

Why is it difficult to socialize older dogs?

When puppies are small, they look at the world with wonder, curiosity, and amazement.

We use their excitement and desire for adventure to get the puppy to be comfortable around different people, animals, noises, and objects.

That’s what we call socialization.

However, you have a short window of opportunity to introduce your puppy to as much of the world as possible. It ends when the puppy is around 12-16 weeks of age.

When the puppy grows old, a switch gets flipped inside the brain.

All of a sudden everything new and strange is not a source of adventure but a thing to be feared and avoided.

It all makes sense if you think about it from a survival point of view.

A wild dog or a wolf who approaches a strange/unfamiliar object/person doesn’t live very long.

Even though dogs have been domesticated for thousands of years this hard-wired instinct still works. It turns a curious puppy into a suspicious older dog.

How you socialize an older dog?

An unsocialized dog often overreacts over trivial things like people with hats or loud noises.

It might seem unbelievable, but your dog is afraid of those ordinary things you don’t even notice. In his mind, they are a real threat.

So, your goal is to create a positive association with the triggers and show your dog that there is nothing to be afraid of.

You can do that by exposing Toby to things he fears slowly, carefully and one at a time.

Other great ways to socialize older dogs include:

Practice makes perfect. The more you expose your dog to a certain situation, people, and animals, the better Toby will handle them.

In addition to this, don’t forget to reward Toby as much as possible when he behaves well.

If you’re having a hard time socializing an adult dog with anxiety, take a look at this video:

Unlike puppies, older dogs might get aggressive when they encounter things/people that scare them. So, there are some things you have to keep in mind when socializing an older dog:

In conclusion, socializing an older dog is a big challenge, and your pooch is never going to be as well adapted as an early socialized puppy.

However, you must attempt to do it so that your dog can live his life without being terrified of everything.