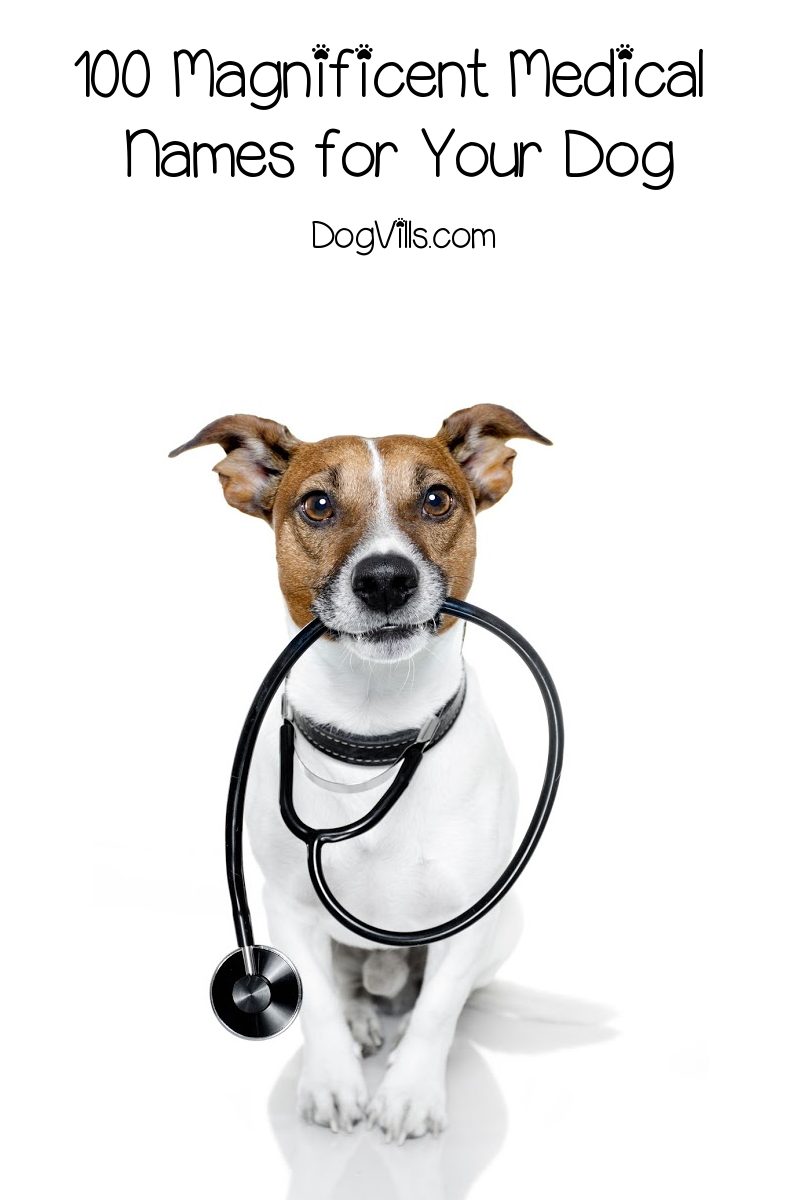 If you’re looking for some magnificent medical names for pets, you’re in the right place.

We took inspiration from every field of medicine to come up with 100 epic ideas.

They’re perfect for dogs (obviously), or for any other furry friend (or even scaly ones, if you prefer).

For our favorite male medical dog names, we looked at history, mythology, and even modern medicine to come up with amazing ideas.

I had a friend with a super cute schnauzer named Otto, so I love that idea!

On the other hand, Nostrum is definitely one of the most unique medical names for pets!

Again, we turned to mythology and history as well as the operating room to come up with some these girl medical names for pets.

From the girl’s list, I just love Panacea. After all, our pets truly are a cure-all!