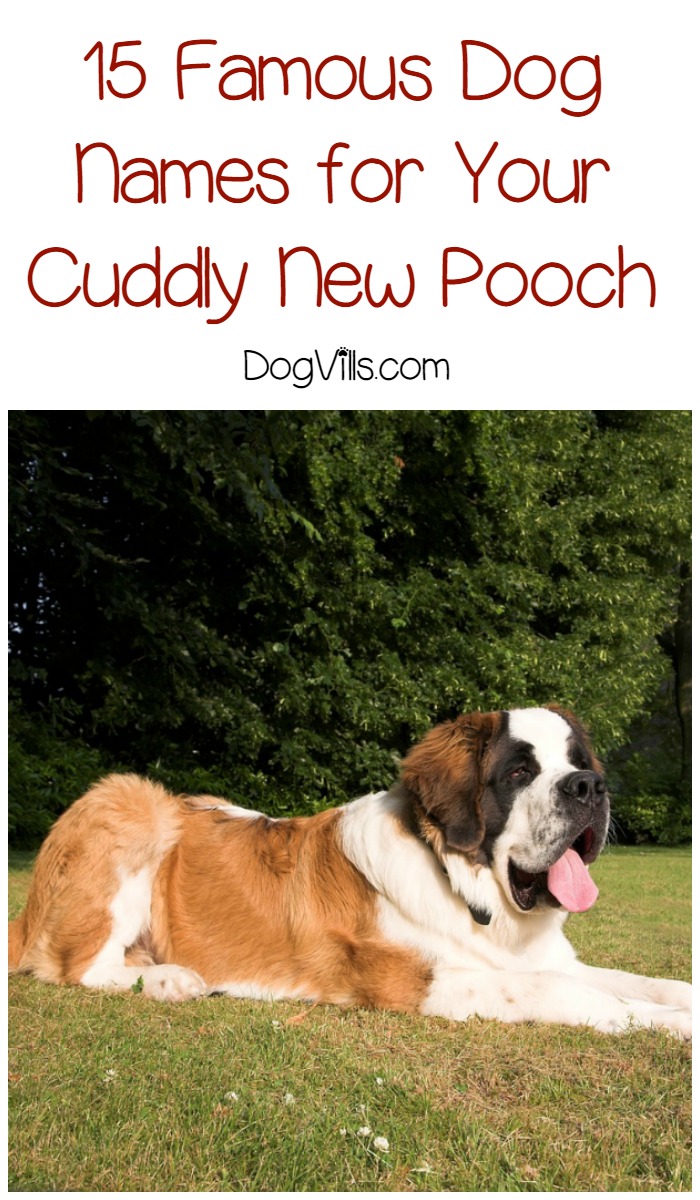 Giving your new pooch a famous dog name is a fun way to celebrate your love of entertainment and pay homage to a favorite movie or show.

With thousands of famous dogs to choose from, though, how do you decide which one to go with?

We’ve narrowed down the list to 15 of our favorites from cartoon, movies, TV shows and even a little history.

Ready to get inspired by these famous dog names?

Astro was the family dog in the television animated sitcom, The Jetsons.

Astro is the best friend of dad George Jetson and the youngest Jetson, Elroy. He was an intelligent dog, somewhat understanding the English language.

Barney is featured with a bronze sculpture at the George W. Bush Library in University Park, Texas. George W. Bush served as the United States president from January 17, 1995, to December 21, 2000.

Beethoven is the lovable St. Bernard from the Beethoven film series, who made his premiere in the 1st movie Beethoven in 1992. He was just a puppy when he appeared in the first movie but soon grew up in a big dog who loved to slobber everywhere.

Odie is the cute, fun-loving dog from the Garfield comic strip by Jim Davis.

Odie is a male beagle born on August 8, 1978. In addition to the comic strips, Odie has also appeared in the animated television series Garfield and Friends, which aired from September 17, 1988 to December 10, 1994 and several movies, including Garfield: The Movie which was released in theaters on June 11, 2004 and Garfield: A Tail of Two Kitties, released in theaters on June 16, 2006.

Odie is a bit unintelligent, but he is kind, sweet and lovable.

Like I said, there are literally thousands of options. Some are kind of eh; some are a little out there. Chances are, any name you’re thinking of has already been used in entertainment, so really, we’re all using famous dog names in some way!

How do you come up with dog names? Tell us your tips in the comments!