If you’re looking for the best dog names inspired by songs, we’ve got you covered!

I don’t know about you, but I can’t imagine what my life would be like without music or a sweet dog in it.

They are things that can alter your mood in a split second and music invokes such passion in people when they hear their favorite songs or listen to a certain artist.

There are so many different genres to listen to and many artists that can act as inspiration for when you need to name the new dog in your life.

If you are wanting to choose something that is unique, take a look at our top ten list for dog names inspired by songs and their artists. 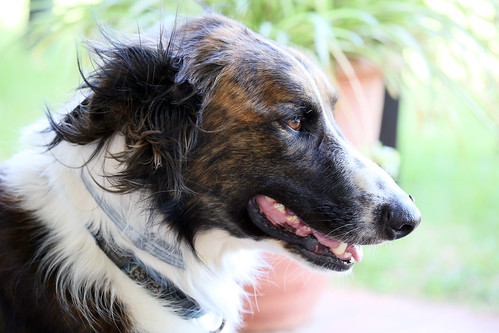 Want to find a name that is different and won’t mean two dogs come running at you in the dog park because they have the same name? Look to the rock genre, where there are a variety of names to choose from.

If you have a spunky little pup that is in need of a strong, yet unique name, then this is the one for you.

Drop the ‘Led’ and you have one great rock name. You will even be able to shorten it to ‘Zep’ or ‘Zeppy’ if you want it to sound extra cute, and it will work for both male and female dogs.

We have the perfect name for your little diva.

Cher is an American singer who has often toed the line between pop and rock by creating some catchy songs and power ballads such as ‘If I Could Turn Back Time’.

This is a great, strong name that is also feminine at the same time and we love it.

We couldn’t create this list without adding a singer from one of the greatest rock bands on the planet, Guns N’ Roses

The band have been rocking since the 80s and gone on multiple world tours, and Axl’s name is perfect for your new dog.

While the lead vocalist’s name is perfect for a male dog, you could use his surname ‘Rose’ for a female dog and only you will be aware of where the name really came from.

is one of the most famous guitarists to have ever graced the stage, even if his career was only short lived.

In my opinion, his surname makes for a great choice to name your puppy after if you want something that is bold and interesting.

, also known as the Prince of Darkness, is one of the most famous English rockers, even if he seemed a little crazy at times.

Do you have a puppy that likes to run mad and chase you around the house? If the answer is yes, then this is the perfect name for them.

We love a good rock name, but sometimes you can’t beat the classics. These are some of our favorite names for dogs that are based on classical musicians. 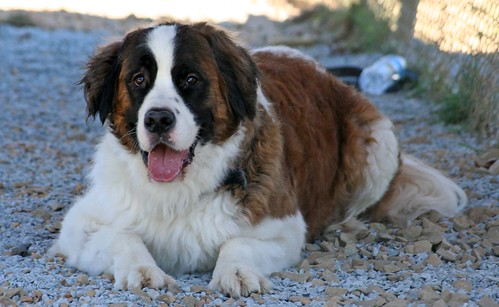 This name is perhaps most famous for being given to the lovable Saint Bernard, but it first belonged to Ludwig von Beethoven

, who was a German composer.

This name will work well for any breed of dog, showing how sophisticated they are.

, who is a baritone opera singer.

The opera is often emotional and full of soul, which makes Finley the perfect name for your little pooch.

In my opinion, all three of his names could be chosen for the name of your dog, but Wolfgang is my personal favorite.

With a nod back to the ancestors of dogs, Wolfgang is the cultured name your dog needs.

Astra Desmond was a famous British opera singer who performed during the early and middle 20th century.

Her first name caught my attention as I have never heard of it before, but it also brings about connotations of astrology. In fact, it comes from the Greek ‘Astron’, which means star.

If you are a fan of violinist Vanessa Mae

, then her surname will be perfect for your female puppy.

The short and snappy name still sounds feminine, and it is also a great choice if your favorite month of the year happens to be May!

I think these names will suit almost any personality type and there is something for everyone. If you don’t find something you love here, though, check out some of our other dog name ideas!

Which one of these dog names inspired by songs was your favorite? Tell us below!