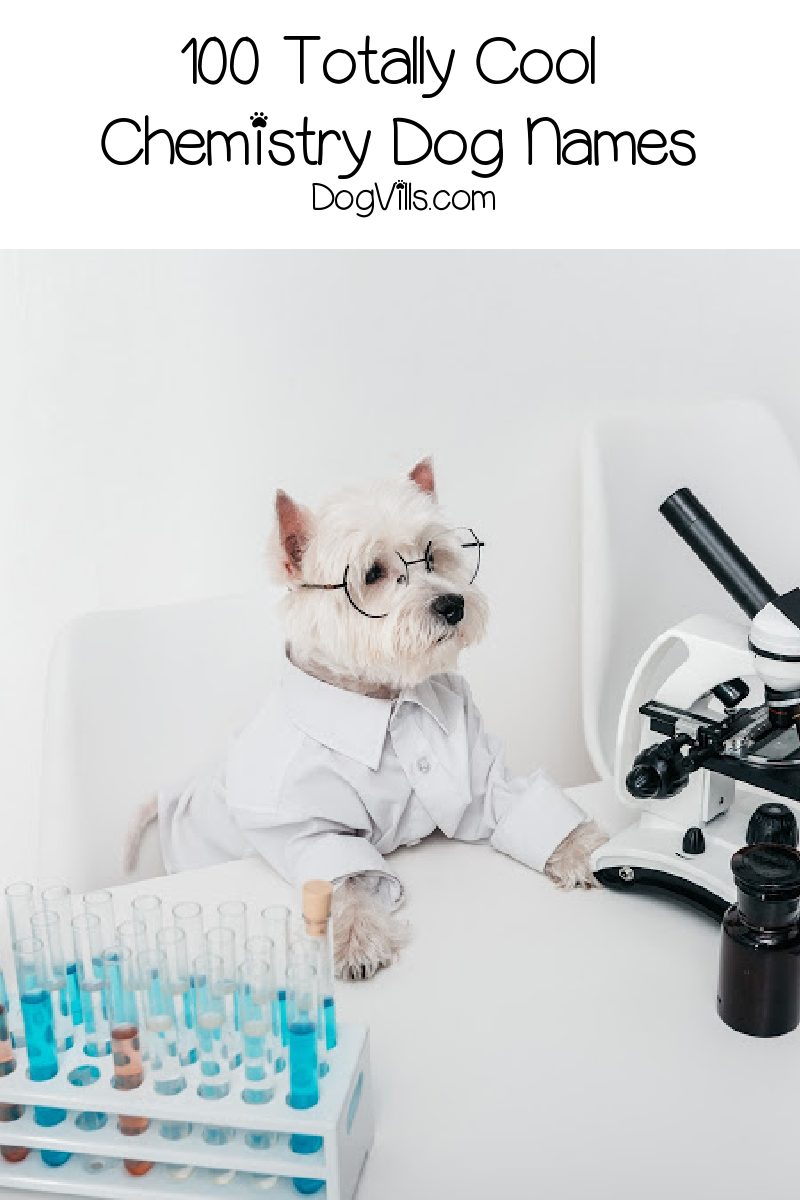 Looking for some of the coolest chemistry dog names?

These 100 ideas below are split evenly between male and females, so there’s something for everyone.

You may also love: 110 Fantastic Fiery Dog Names for Your New Pup

Most of the chemistry dog names on this list are actually fairly gender-neutral.

So, if you see something you love on this one for a girl dog, go for it!

We found inspiration all over the table of elements and throughout the scientific community. Take a look!

For the girls, again, many of the element-inspired names are gender neutral.

So many cute ideas, it’s hard to choose a favorite!

I love Curie, as she was such an important figure to young girls who dreamed of becoming scientists.

What are your favorite chemistry dog names? Share below!