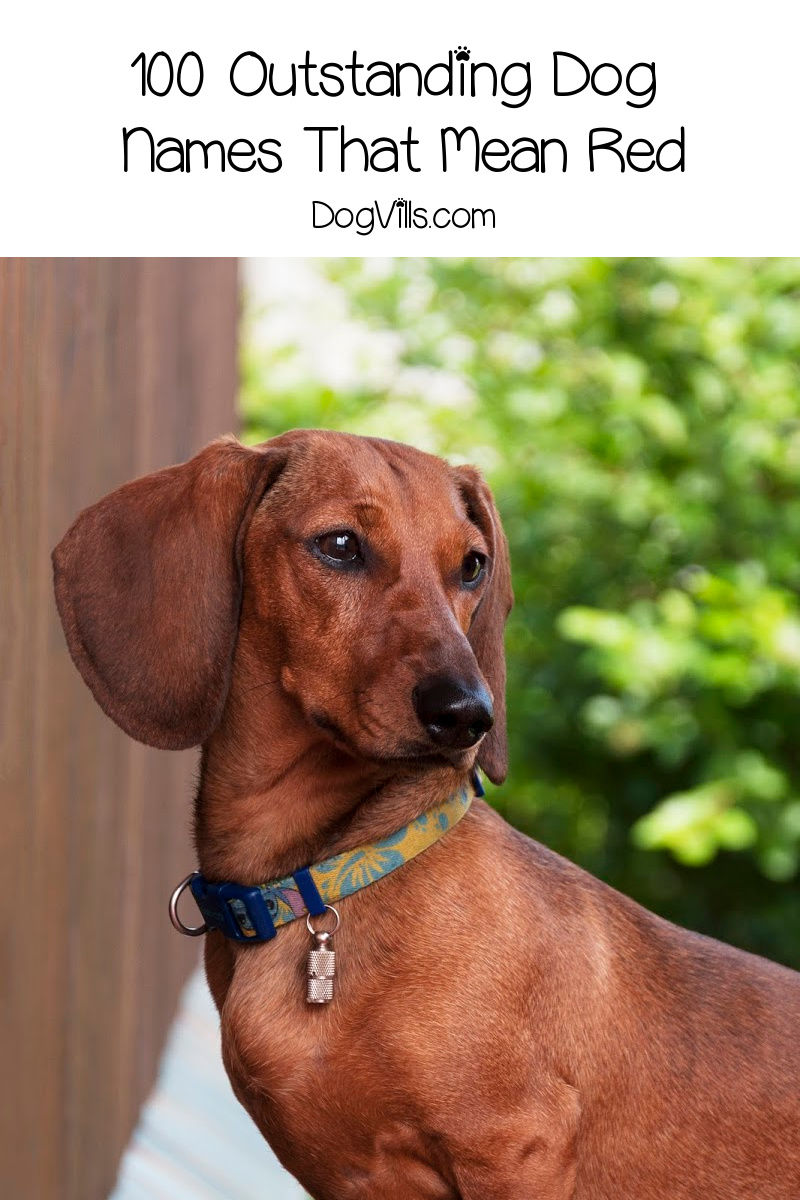 Looking for some extraordinary dog names that mean red?

Below, you’ll find 100 ideas that are perfect for Dachshunds, red Dobies and other scarlet-shaded pups!

From dog names that mean red in different languages to famous crimson-haired actresses and characters, we’ve come up with 50 amazing ideas for girls!

I can’t even come close to choosing a favorite, they’re all so awesome!

If I had to choose, though, I think I’d go with Rubina. Such a pretty name!

Again, we took inspiration from other languages, famous characters, and even some fun red food names for dogs!

Again, it’s really hard to pick a favorite. Obviously, I like them all, or I wouldn’t have included them here!

I do really love Rudyard, though. It’s a very dignified name!

Your turn! What are your favorite dog names that mean red? Share below!