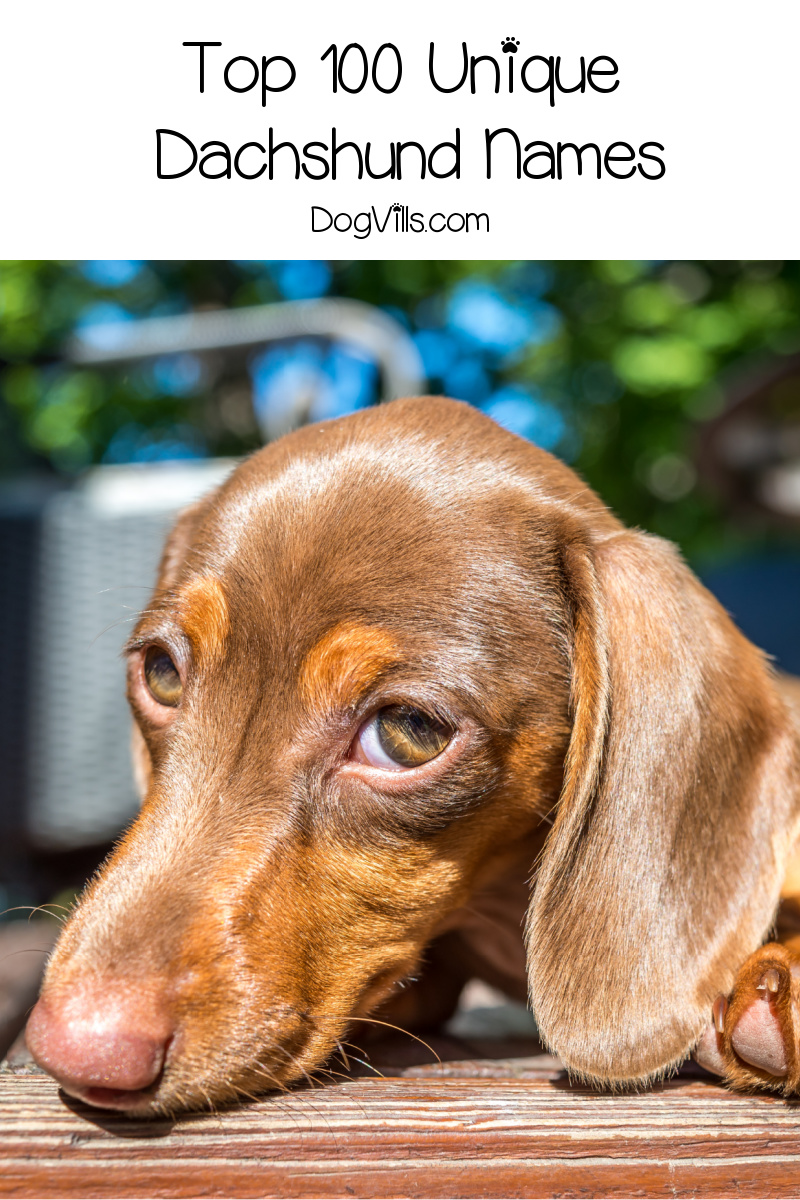 It’s time to think outside the hot dog puns and find some truly unique Dachshund names, don’t you agree?

We took inspiration from everywhere- mythology, traditional names, and beyond.

We looked at how to say “long” in other languages, as well as more traditional ideas to give you the ultimate list of unique male dachshund names.

Again, we not only looked at some record-breaking “long things,” but also at traditional ideas for your female Dachshund’s new name.

I personally love the ideas that come from the words “long” or “short” in other languages.

It’s a neat way to go with a punny name without being so blatant about it.

What are your favorite unique Dachshund names? Share below!