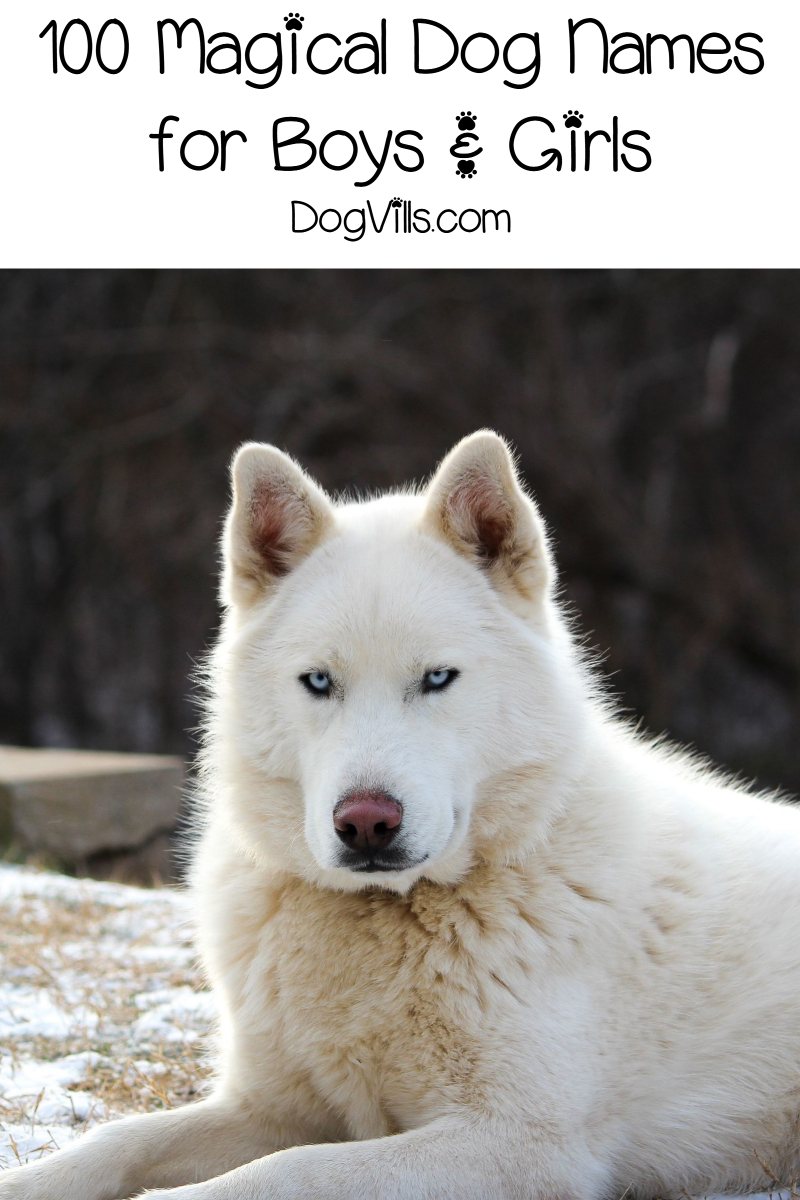 If you’re looking for the most magical dog names for your supernaturally wonderful pup, you’re in the right spot!

We’ve got 50 each for male and female pups for you today!

Some of us have always had an interest in the supernatural and the magical, and we want our dog’s name to reflect that.

Magical dog names are great when you know the story behind them.

As we go through these names, try and figure out where they came from and what reference each one makes!

You may also love these classic dog names from literature!

We turned to movies, books, and even popular role playing games to find the best magical dog names for your sweet boy! Take a look at what we came up with.

So many great names! Can you list all the other houses in Harry Potter? We thought our list was quite cool, to be honest, and we haven’t even gotten to the female names yet!

You will love these 60 Beautiful Native American Dog Names

Do these names creep you out or fill you with a sense of wonder? Which one did you like and which one would you absolutely not use? Let us know in the comments!