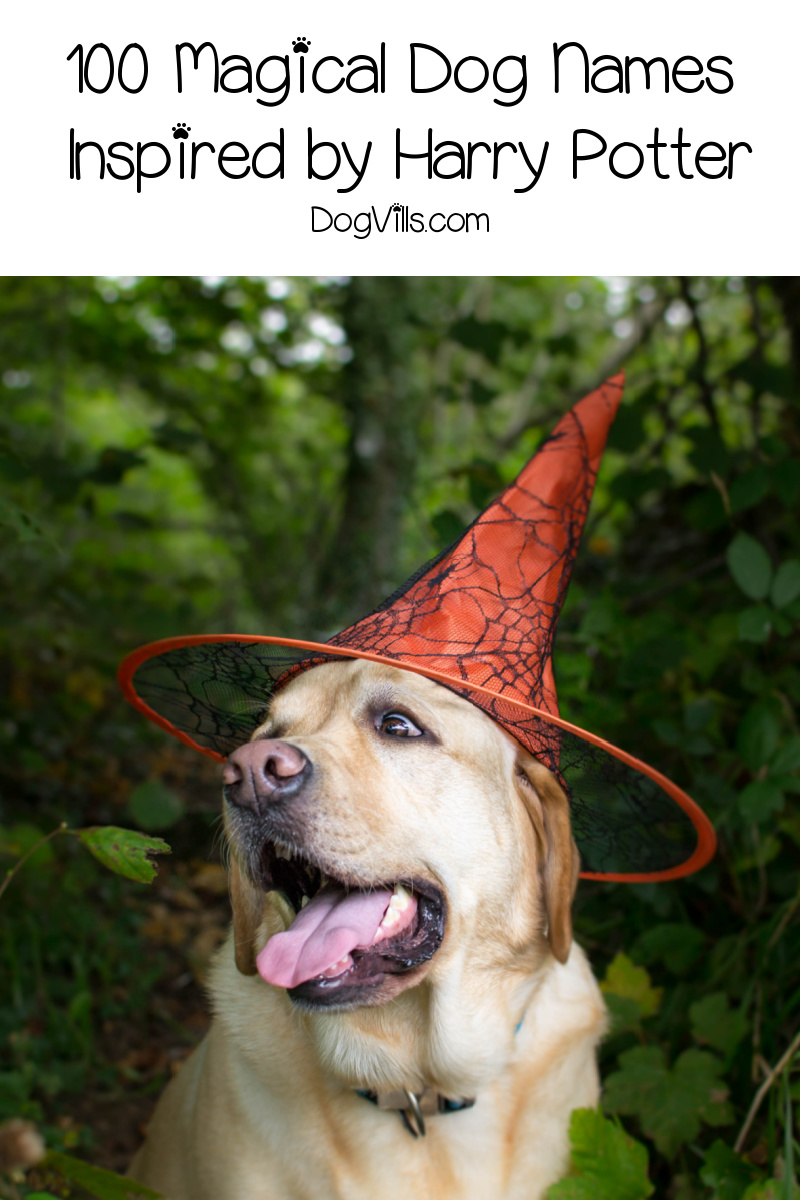 When it comes to Harry Potter dog names, there’s no shortage of epic ideas.

As a total Potterhead, though, I’m reaching beyond basics and digging deep into the Wizarding World.

The ideas below are inspired by everything from supporting characters to spells & potions to fantastic beasts!

Let’s start with boy names, then we’ll check out ideas for girl pups.

I’m sure you already know about Harry & Ron, but the Wizarding World is full of other fantastic names for dogs! Let’s look at some, then I’ll share my favorites!

When it comes to Harry Potter male dog names, you never can go wrong with the obvious. I love Potter, Lupin, and Sirius.

Personally, though, I tend to go for the slightly more unique ideas.

Not dog related, but we have feral kittens outside. I just named one “Thes” because his markings make him look like a Thestral!

Niffler is another name equally as adorable as the creature from which it comes (see video below)!

Again, while a few of the ideas below are somewhat obvious and common, I tried to mix in some more original ideas as well.

As far as girl names go, again, there’s nothing wrong with the common or obvious. I adore Luna (both the character and the name).

Sometimes, though, it’s fun to give your dog a “villainous” name. Nagini is fantastic for that. If you’ve watched Fantastic Beasts, you know she wasn’t always a big bad.

What are your favorite Harry Potter dog names? Share below!