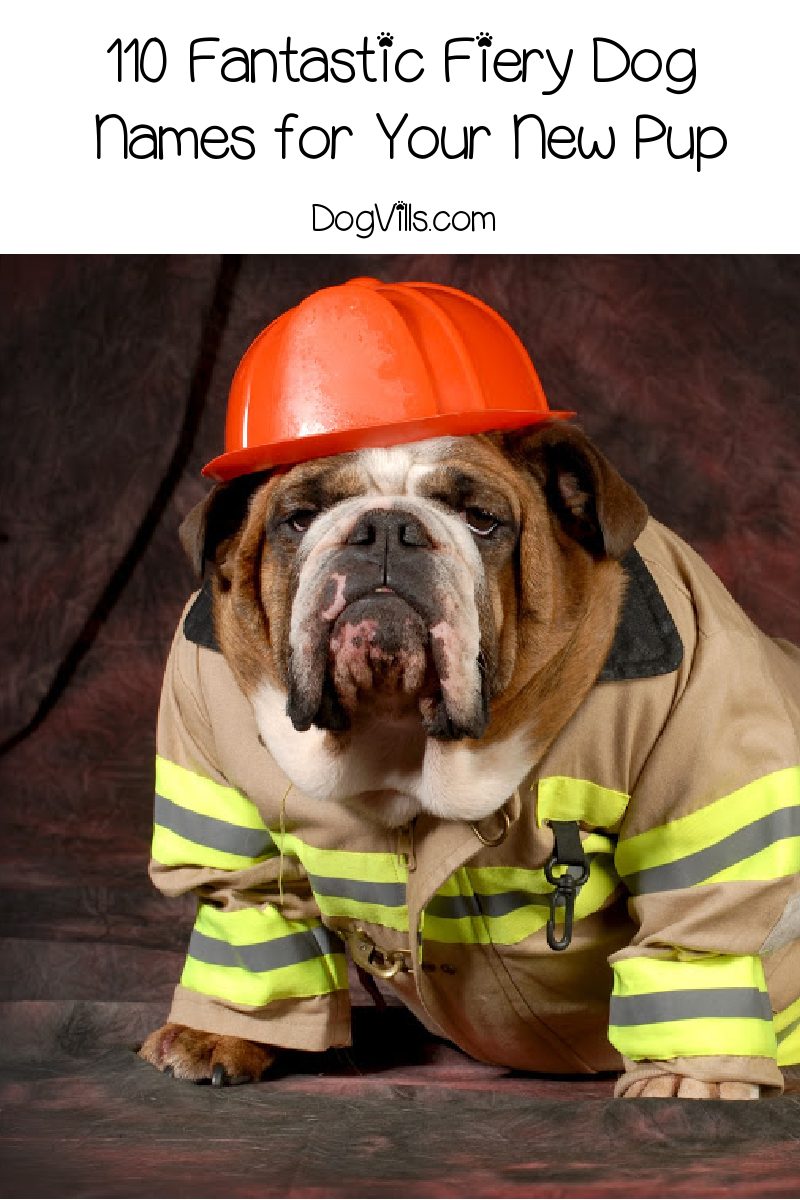 If you’re looking for some of the best fiery dog names, then this list will give you everything you need!

They’re just perfect for Dalmatians and other fire-fighting canines!

I also love them for pups that are full of fire and passion in their sweet little hearts!

From mythological gods of fire to characters with flamingly red and orange hair colors, we think these ideas are perfect for fiery male dogs!

I’m loving that last one for boys. It’s such a unique name!

Phoenix is another favorite, especially for a rescue dog with a tough past.

Again, we looked to mythology, famous red-heads, and more to come up with our favorite fiery dog names for girls. Take a look!

From the girls’ list, I absolutely love Ruby! The gemstone looks like it’s on fire in the sunlight.

What are your favorite fiery dog names? Share below!