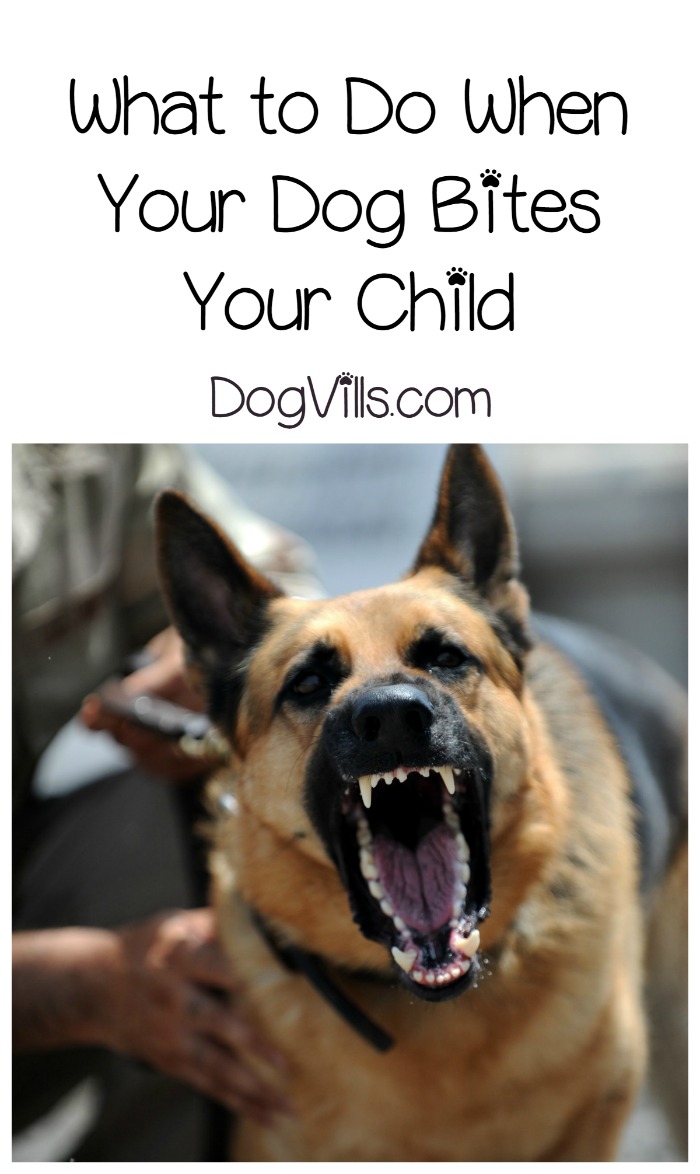 A dog attack is serious business. It can be dangerous and cause serious injury in some cases. Of course, we all know that we need to be vigilant for signs of aggression or fear from an unknown dog, but what do we do when the dog attack comes from our own pet? I recently came across a question in the forum regarding this very subject. According to the poster, her dog attacked her child out of jealousy, and she didn’t know what to do. Because the post was very vague, I’ll be going into a few aspects of dog bite and attack as it relates to family life and what to do about it.

Dog Attack in the Home – Know the Signs of a Problem

According to the woman who posted the question, her dog attacked her daughter out of jealousy. It’s highly possible. A dog can bite or attack for a number of reasons, one being jealousy. However, that reason is generally NOT the reason. That sounds like a confusing sentence but stay with me. The jealousy itself may have prompted the bite, but what caused the jealousy. This is the question we have to ask ourselves when we talk about any bite or aggression from the dogs in our homes. The why of it will allow us to better decide what needs to be done about it.

Because the woman said jealousy was the root of the dog attack on her daughter, let’s begin with looking at that very issue. Dog’s don’t experience jealousy the way we do. Rather, they have resource-oriented mindsets. For example, when your dogs vie for your attention, they aren’t jealous of each other in the human sense. They are actually jockeying for a resource. In this case, your attention. Dogs are instinctual, and one of those instincts is procuring and protecting resources. Our affection is a resource.

Although the post was vague, the first things I think of in a “jealousy” situation are things like the child attempting to push the dog off of the mom’s lap. The mother may have also inadvertently taught the dog that her child is a rival if, for example, she routinely pushes the dog away when her child is around. In either scenario, the child goes from a family friend to resource rival.

Another common cause of dog attack from a family dog, especially a rescue, is fear. Dog’s have a strong fight or flight mechanism. In most cases, they will attempt to get away from a situation first. However, when they can’t they will go into fight mode and defend themselves from a perceived threat. We most often see this sort of thing in cases where a young child or overly loud and/or aggressive-seeming adult give the dog more stimuli than he can handle. This is most often seen with children who constantly pull at the dog and roughhouse without giving the dog his needed space or, in adults, figures who are too loud around the dog and make what seem to be aggressive movements towards the dog like moving in quickly towards the face area.

What Do You Do When Your Dog Bites Your Child?

So we know why a dog attack might come from the family dog, but what do you do when your dog bites your child or another family member? That’s a loaded question and one that only you can answer. There are a few things to consider, however, and those things are all incident related.

To prevent this, teach the child that he or she can share a parents attention with the dog. As a parent, NEVER push your dog away when your child wants to hang out. Basically, you have to be okay with being the family couch. This promotes bonding with the family dog and limits the possibility of a jealousy related dog attack because there is no jealousy.

To prevent a fear-based dog attack, you must have clear, unmovable boundaries in your home. If you dog is high strung or easily startled by loud noises and fast movements. Firmly establish that all people who come into the home must not be loud or make sudden or large movements. That may seem like an inconvenience for your guests, but remember that they are just that – guests. Your dog is family.

These ground rules also apply to children. It’s never too early to teach the kids that pulling at or pestering a dog is not okay. This is especially true if your dog is a rescue with a dubious back story. It’s just better to be safe than sorrey.

The best way to prevent an accidental bite is to prevent any fights. Never feed your dogs together. Never put them in situations where you know that your dogs will be at odds. If a dog fight should occur, NEVER attempt to break it up. You don’t want to be injured.

It’s unfortunate to have to write this, but sometimes the only thing you can do is give the dog up. This is ALWAYS the last resort and always only in cases where nothing seems to work. You most commonly run into this situation with a dog who is routinely attack-prone. These dogs have generally been abused or are just not mentally able to handle certain family situations.

Prevent a Dog Attack. Don’t React to One

The best way to prevent a dog attack is to never have one. Do your homework on the breed and make sure it fits into your family. If you have children, it’s better to adopt a puppy rather than an adult which you have no background on. It’s also advisable to adopt a puppy of a breed that will mesh well with your family. If you have young children, a dog like a chihuahua is probably not the best option, however a more laid back breed would do well in that situation.

Preventing a dog attack is all about doing your homework and being vigilant in order to prevent an attack in the first place. And in the even that you have a dog that you just cannot get under control no matter what you’ve tried, you may have to give him up. It’s a hard pill to swallow, but family safety comes first. I’m a huge dog lover, and I’ve had to do that. No one is immune.

Have you ever dealt with a situation where your dog bit your child? What did you do?