Can dogs count? I have seen this question in the forums for years. I have also asked this question myself for years. There are times when it seems like our dogs can tell the difference between amounts, especially when it comes to yummy treats, and we have to ask ourselves, “Can dogs count?” Well, actually they can. What all of us dog owners suspected for so long has been proven to be true. Dogs can, in fact, count. Just how deep do those counting skills run, though? Let’s find out!

Can Dogs Count? A Little

Don’t get too excited. We won’t be enrolling our dogs into college anytime soon. A 2009 study by the Americna Psychological Association put the intelligence of dog right around that of a 2 year old child. And just like a 2 year old, dogs have a limited ability to count. They can also recognize over 150 words. Smarty pants! 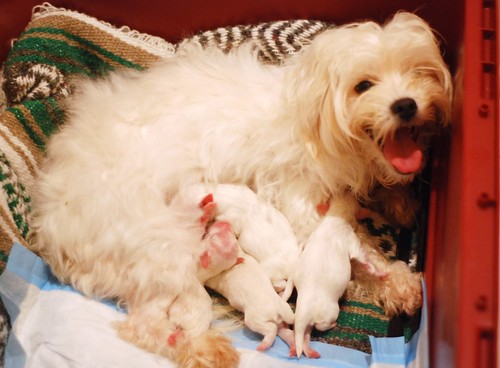 A rudimentary ability to count is what enables mother dogs to recognize that all of her pups are with her or why a dog trained to bring his master a pair of slippers will always bring the pair instead of 2 random pieces of footwear. Dogs have the ability to recognize changes in amounts and make connections like differences in appearance of objects like the slippers I just mentioned. They can even do extremely simple math and can spot when things don’t add up, such as the difference between 1+1=2 and 1+1=3.

Dogs Do Much More than Count

Not All Brain Pans are Created Equal

The study found that not all dogs have the same aptitude for “school learning”. In fact, some dogs are far superior in that department. The top breeds for the ability to learn are:

And they’re smarter than we first thought! Dog are quite the little geniuses. I mean, with the ability to do simple math, recognize words, learn, and even be little liars to get what they want, dogs aren’t dummies. So can dogs count? Yes. And they can do a lot more!

What do you think? Can dogs count? Have you ever noticed your pooch taking tally of the number of treats you put in your pocket? Share your thoughts below!