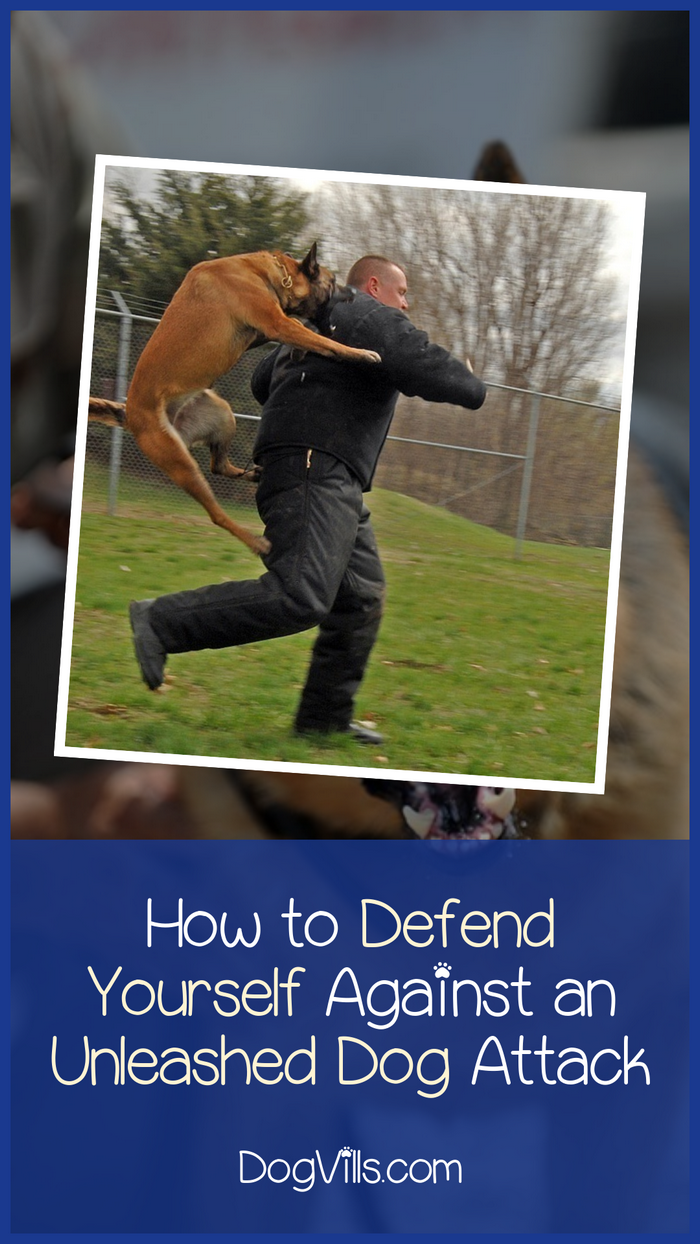 What are the best ways to defend yourself from an attack by an unleashed charging dog?

Have you been ever attacked by an unleashed dog?

It’s not a pleasant experience and a lot of people panic in such situations.

As we all know, panic is not a good advisor, and you have to react quickly in this scenario to protect yourself and your dog from harm.

Unfortunately, we often hear about such incidents in the news, which ended badly for the attacked person.

The blame should not fall only on the dog, it’s the owner’s job to control his dog and make sure that he is behaving properly.

When the owner doesn’t take responsibility and train his dog, accidents happen.

That’s why today we’re going to talk about the best ways to defend yourself from an attack by an unleashed charging dog.

Defend Yourself Against an Unleashed Charging Dog

Affiliate links included below. When you make a purchase through these links we earn a small commission. Thanks!

The best defense against an attacking dog is never to encounter one. Dogs attack due to several reasons:

Related: Will My Dog Protect Me If I Am Attacked?

People seeing an unleashed charging dog often do the first thing that comes to mind, and they try to run. That’s futile and dangerous.

It’s very unlikely that you’re going to outrun a determined dog. Moreover, if you run, the dog might jump on you from behind and take you to the ground very quickly. Once you’re down, things will get ugly.

Running makes you pray. Try to assert the situation. Stay calm and turn sideways to make yourself a narrow target.

Don’t kick the dog. You’ll just make things worse for you. Don’t stare it in the eyes, or you might provoke it.

Some dogs just bark but won’t actually attack or bite. They are trying to scare you off and will quickly back off from confrontation. If you have anything in your arms like a cane, umbrella, or a stick, put it in from of you. You’ll look bigger and more in command.

Take a look around and see if the dog has an owner. If that’s the case, ask him to recall his dog. If there is no owner around, speak calmly to the dog. You can say “No,” “Stop,” “Back.” That will probably work with trained dogs, and the calm voice might be enough to confuse an attacking dog.

In case you can’t change your route and you often pass near barking dogs or stray packs, it’s best to carry something to distract the dog. Food works best. If a dog attacks you, throw a handful of dog food at him. When he realizes that there’s food on the ground, he will lose interest in you.

You can also carry a spraying bottle filled with water and use it to scare always the charging dog. Using water won’t harm the dogs, and it would throw them off enough so that you can retreat to safety.

You can also get a dog whistle

, which emits a high-pitch sound uncomfortable for dogs.

I don’t recommend that you use a stick or a bat to protect yourself. This action might work for some dogs, but in general, you’ll just make the dog angrier and more determined to fight back.

4. Know how to protect yourself

If you can’t keep an attacking dog away from you, you have to protect your body. Big dogs go for the face and the neck, while the small ones go for the ankles and the toes.

Naturally, big dogs pose more of a risk to you so do the following:

No matter what you hear, dogs don’t usually attack people without reason. Sometimes it’s fear, other times it’s hunger. And very often it’s due to negligent and abusive owners who don’t take proper care of their pets or think it’s funny when their dog attack small animals.

Remember. The best way to defend yourself from an attack by an unleashed charging dog is to stay calm and try to distract the dog. Some dogs get more violent when they’re hurt, so attacking the dog should be your last resort.

What do you think about these tips how to defend yourself from a charging dog? Have you ever encountered one? How did you deal with it? Share in the comments.