“My dog keeps rubbing his head against my head. Do you know what it means?”

A friend of mine asked while we were walking in the dog park.

I laughed and said that my dogs do the same, but I’ve never given it much thought.

However, her question intrigued me, and I’ve been thinking about it ever since.

Check out what I learned in my research!

What does it mean when a dog rubs his head against your head?

Browsing the Internet, I realized that a lot of people are asking the same question. I had a working theory, but I needed to do some research to confirm it.

If you are one of those interested in learning more about this weird canine behavior, keep on reading.

Before we delve into the unknown depths, I want to make one small thing clear.

Never interpret a dog behavior out of context.

For example, a wagging tail might mean “happy” or “angry” dog. It’s the body posture and the position of the ears that will give us more details to work with.

That’s why you should pay close attention to Lassie’s body language and what is happening around you if you what to decipher her behavior correctly.

Now, let’s find out what it means when a dog rubs his head against your head! 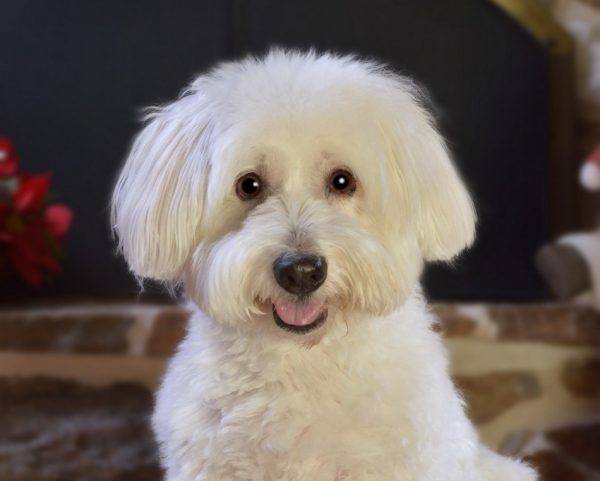 Let’s say that you’re meeting Lassie for the first time.

What would she do? Lassie would probably approach you slowly and sniff you with suspicion.

As you know, dogs have a keen sense of smell, and they understand a lot about us from our scent.

So, if you pass the sniffing test and Lassies deems that you’re worthy of her time, she might nuzzle your arm or rub her head on your leg as an invitation for you to pet her.

If Lassie is extremely friendly, she might even rub her head against yours to show that she trusts you. To stay on her good side, don’t forget to pet her in return.

Do you know why cats rub against your legs and arms?

No, it’s not because they want the piece of chicken in your hands, although they won’t say “No” to it. They are marking you. They’re announcing to all other cats that you belong to them.

Dogs do the same thing for the same reasons.

They have scent glands located on the face, which leave “unseen marks” when they rub against you. When other dogs smell you, they’ll know that you’ve already been taken.

In a sense, Lassie is proclaiming “I’m the boss!” and stating that you’re her territory.

While this might seem cute, it’s a behavior that will probably cause problems in the future, because Lassie is trying to take over the position of the alpha dog.

When you’re not the pack leader, you are the one who needs protection. That’s why your pooch might become territorial and aggressive.

So, if it seems that your dog is rubbing against your head and trying to prod you around, it’s a sign that you need to establish your role as the alpha. 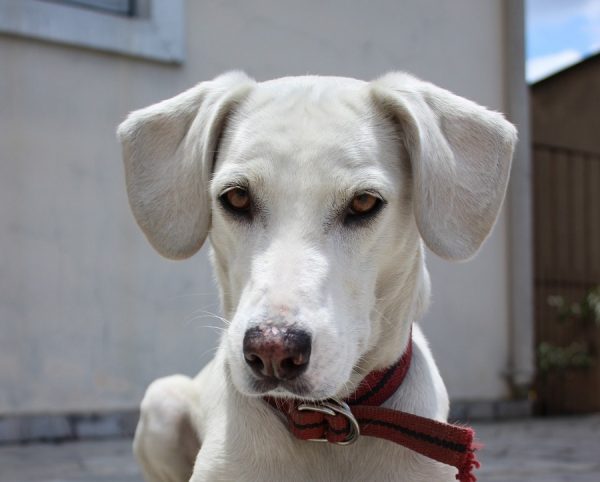 Another option why your dog might be rubbing his head against your head is that Lassie is showing submission. I know. It’s confusing that one gesture could mean two opposite things. That’s why I said that dog’s behavior needs to be interpreted in context.

If you’ve had the chance to observe the dynamic in a wolf’s pack, you’ll see that its members will sometimes rub/lick each other’s faces. That’s a sign of trust, respect, and submission because the head is in a vulnerable position if someone were to attack.

So, if your pooch is rubbing gently against your face and licking you from time to time, Lassie is definitely showing respect.

If your dog is constantly trying to rub his head against yours or other objects, we might be talking about a skin condition. Lassie might be just itchy and trying to relieve the itch by asking you to scratch her head.

If you suspect a problem, look for

And call your veterinarian for advice. 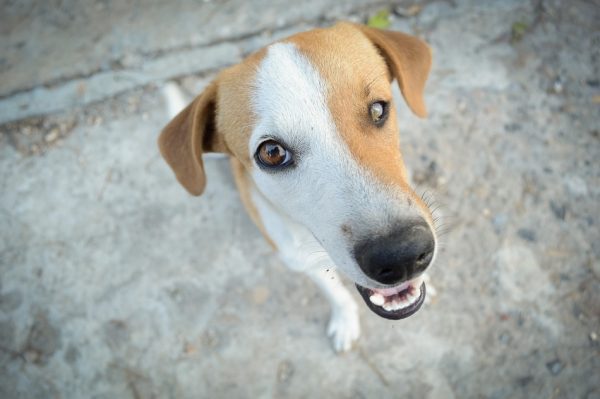 Think about what you do when your dog rubs against you.

Then it’s very likely that your dog will keep coming for more head rubs because she gets rewarded. It’s up to you whether you’ll keep encouraging her or you’ll find a way to redirect Lassie’s attention.

In either case, a dog rubbing her head against you is completely normal animal behavior and usually, nothing to worry about.

But as I’ve already said, observe the body language to give you more clues why Lassie is acting this way.

What do you think? What does it mean when a dog rubs his head against yours according to you? Share your thoughts in the comment section.