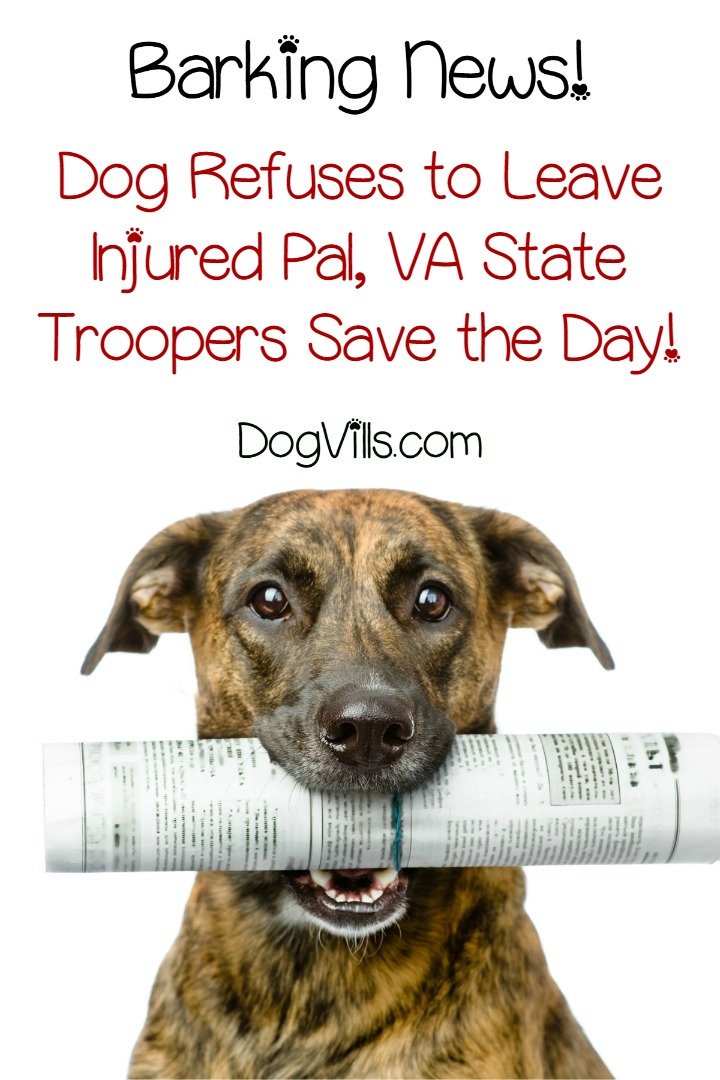 Upon coming up to the two dogs, she noticed one dog was injured, and the other was not injured at all. The state trooper said the two dogs were together because of the fact that the uninjured dog did not want to leave the injured dog alone.

Appomattox County is in the Piedmont region of Virginia that borders Nelson County to the north and Charlotte County to the south.

Trooper Mann retrieved medical assistance from a local veterinarian for the injured dog, and the uninjured dog was brought to a local animal shelter.

The Facebook page for the Virginia State Police, a photo of the uninjured dog along with Trooper Mann was posted along with a detailed statement from the VSP, that partly stated, “She immediately stopped and found one canine was injured and the other- the one she’s holding- was not injured. The two dogs were together because the uninjured pup refused to leave the injured dog’s side.”

VSP has gone to the dogs…as we have another K9 rescue to share! Over the weekend, Trooper R.S. Mann was on patrol when…

The Virginia State Police said today that both dogs are happily back home with their owners. It appears the dogs’ names are Sadie and Sophie and they escaped from their home’s yard.

According to comments on the Virginia State Police Facebook page, the dogs belong to the mother of Shantell Brooks, who lives in Dillwyn, Virginia, approximately 30 miles from Appomattox County, Virginia. After further investigation, the owner’s name is Sonya Skinner, from Pamplin, Virginia, approximately 16 miles from Appomattox County, Virginia. According to Shantell Brooks, the dogs had a 2-acre backyard that featured an electric fence. Sadie, the injured dog is home and sore, but doing well.

Has one of your dogs ever refused to leave the side of an injured pal? Tell us about it in the comments!