In this installment of my Pitbull puppy training tips series, I’ll be addressing how to train people.

And you’ll have to if you get a Pitbull. Pitbulls get an extremely bad rap for hyper aggressive behavior and viciousness, but that’s not what they really are.

9 times out of 10, aggressive Pitbulls were MADE to be that way.

Pitbull Puppy Training Tips for Getting the Truth Out

In my article, The 5 Best Medium Size Dogs for Apartments, I referenced the reputation that a Pitbull has for being violent and aggressive. Unfortunately, that reputation follows them around like a moth to a flame. It’s so difficult to get rid of the stereotype, because there seems to be a story on the news about a Pitbull attack every month or two. As a Pitbull owner, it’s your job to train the people around you to appreciate the Pitbull instead of fear it, and I’ve put together some useful information to help you.

First and foremost in my Pitbull puppy training tips for people is to understand the breed. Pitbulls were bred from bulldog and terrier stock to combine the power of the bulldog and the agility of the terrier. This power and agility were originally used in blood sports like bull and bear-baiting. While this is indeed barbaric, there was a happy accident as well. Bulldogs and terriers are both known for their loyalty to and love of family and people.

Another important thing to remember when education people about your Pit is to stress the personalities of these wonderful dogs. This is another aspect of Pitbull puppy training tips for people that’s high on my list.

When bull-baiting and bear-baiting were outlawed, people took notice of the personality aspects of the Pitbull and began to use it as a family companion. Pitbulls are a powerful breed with the ability to severely injure or kill, but that’s just their physiology. Their personalities are a perfect combination of loyalty and love. 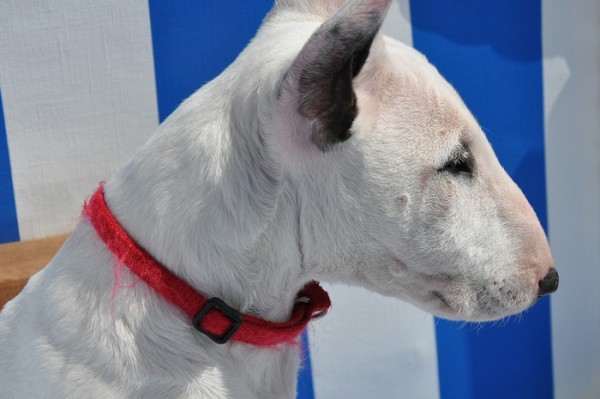 The Pitbull is all about family. They are intensely loyal and protective. Yet, they are also social. Because Pitbulls are already naturally at ease with people, it only takes a modicum of socialization to teach the breed that they don’t have to protect you from every little thing. In fact, Pitbulls are so family oriented that they’ve been called the “Nanny Dog”. This doesn’t mean to leave your child with a strange Pit. It means that the family Pit is extremely loyal, trusting, and patient with its children.

Last, but most certainly not least, on my list of Pitbull puppy training tips for people is addressing the myths that surround Pitbulls.

Yes and no. ANY dog can be dangerous when the right ingredients are together, but on the whole, the Pitbull is no more dangerous than any other dog. It is, in fact, LESS dangerous than breeds such as the Chow Chow, Char Pei, or the Neapolitan Mastiff. With proper socialization, the Pitbull is a wonderful companion dog which is also highly sociable. The worst injury I’ve ever incurred from a Pitbull was a busted lip from a guy named Ratty who couldn’t control how happy he was to see me.

While Pitbulls have the physical capacity to kill other animals, or in some cases people, it’s not in their nature. The Pitbull’s key personality traits are about loyalty, love, and protection. Not about fighting. The Pitbull’s power has been bastardized for use in dog fighting, but that’s not what this dog is all about. It never was. Pitbulls have to be TRAINED to be aggressive.

I know this seems counter-intuitive after reading the rest of this article on Pitbull puppy training tips for people, but think about it. Pitbulls, like any other dog, should never be assumed by a stranger to be friendly or safe. My philosophy is to let an owner tell me it’s okay to approach their animal. Remember, Pitbulls are highly family oriented and can be EXTREMELY protective of their family. If you quickly approach a Pitbull that hasn’t been properly socialized, you could be asking for a bite. It’s not the Pit’s fault, but there it is.

If you remember these Pitbull puppy training tips for people, you should have no problem convincing the people around you of how wonderful your Pitbull is. If you are responsible, attentive owner who properly trains and socializes your Pitbull, you may not even have to talk to anyone about the wonderfulness of Pits. It kind of shows on its own!

Do you own a pitbull? What pitbull puppy training tips for training PEOPLE do you have? Share in the comments!