Littermates seem like the perfect idea when bringing home a puppy. After all, when you bring home two fuzzy siblings, you get the best of everything right? Two puppies equals two times the cuddling and fun, and when you’re gone, it means they have someone to keep them company. So bringing home littermates is pure genius right? Well, not exactly, but it’s also not exactly a disaster waiting to happen either.

Pros and Cons of Littermates

When deciding if you should bring home two puppies from the same litter, take one thing into account. You are bringing home TWO puppies! Sure, it might be twice the fun, but it can be four times the work. You’ll be caring for two rowdy bundles of energy. That includes feeding, bathing, walking, playing, and training. A lot goes into taking care of even one puppy, so two is a quite an undertaking.

The Low Down on Littermates

Now that we’ve come to this section, I want to address something you may not have heard of. It’s called littermate syndrome. Basically, it boils down to a fancy word for pack dynamic. In my opinion, it’s just a fancy new word to describe something as old as time, and it’s also incorrect. Littermate Syndrome stems from the idea that puppies from the same litter will not develop equally. One puppy will become the dominant one, getting the most love and the most socialization, while the other becomes more reserved and timid. Hogwash. It’s not Littermate Syndrome. It’s pack mentality. 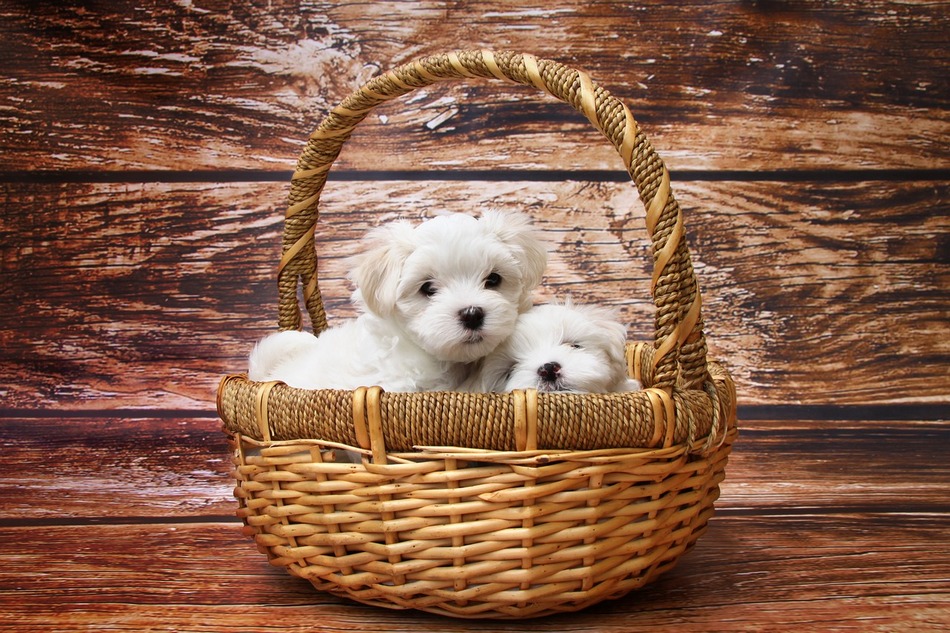 It happens with dogs, whether they are from the same litter or not. If you get two puppies be prepared to deal with an immediate pack in addition to all the other work that goes into it. Dogs naturally establish a hierarchy – even puppies. From the moment you come home, you will see one puppy be the more assertive one. This pack mentality can ranged in intensity from one dog pinning the other more often when they play all the way up to severe cases of resource guarding and over assertion of dominance – although that is much more rare.

As a person who rescued dogs for years, lived with an actual pack in my home (13), and worked at a vet for 7 years, I have seen my share of the pack mentality. I’ve seen it with dogs who were littermates as well as with dogs who were not. It’s just a natural part of a dog’s nature. If you have more than one dog, there will be a pecking order – littermates or not.

Work with Pack Mentality, Not Against It

Whether you bring home littermates or two random puppies, you’ll have to deal with pack mentality. My biggest piece of advice is this. Work with the pack, not against it. Dogs WANT a pecking order. They need it. It lets them know their place in their world, and when you try to do away with it, you’ll actually see an increase in aggression, insecurity, or both. Don’t try to train your pups at the same time. Rather, train them individually, with the other one out of the room. Don’t try to force your pup that always eats first to let the other one eat at the same time. The only one bothered by it is you. Just let them do what they do.

The Biggest Problem with Littermates

It’s not aggression or fear or inadequate socialization that’s the biggest problem with littermates. The biggest problem is making sure you have the time to commit to raising two pups correctly. Adequately training and socializing one puppy take a lot of time. Training two is exponentially more work. Be prepared for that when bringing home littermates. As long as you have the time and you remember that dogs actually need that hierarchy, you’ll do just fine.

Have you ever brought home littermates? How did it go? Share your experiences below!