Whether the puppies were born outside, in a puppy mill, come from a breeder, or came down from a spaceship, deworming puppies is done 100% of the time.

But why is it always done?

I recently saw this question in the forums.

The owner had just had her puppy dewormed and she was asking why it was done.

She was especially curious because her dog was exclusively an inside dog and her dog’s babies were birthed indoors.

It seemed like overkill to deworm the puppies when they had never been outdoors in any capacity.

This is a question I heard a lot at the vet, so I decided it would be a good time to do a post about it.

Deworming Puppies – An Ounce of Prevention Across the Board

I mean, where have they gone?

It’s not like they’ve taken a cross-country road trip or been running wild in the woods. You might think that deworming a puppy is total overkill, but that actually couldn’t be further from the truth.

There are a variety of reasons that puppies are dewormed.

And all of them lead back to one thing: prevention is better than treatment.

Related ➔➔ How do you know if your puppy has worms?

How Puppies Get Worms 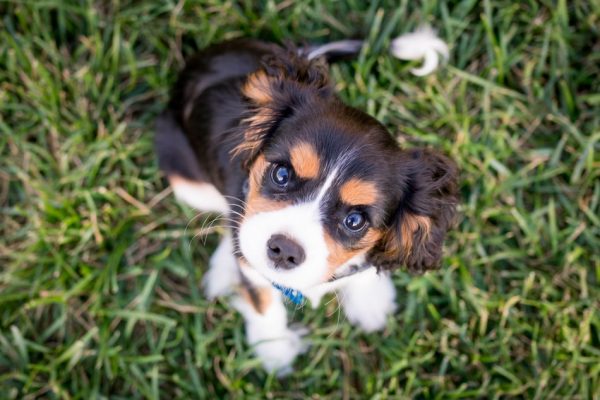 While worms are most commonly seen in puppies who were born and live outdoors, almost any puppy has the potential to have worms.

That’s because worms come from a variety of places – some that you might not think of.

Of course, dogs and puppies can get worms from eating feces, but they can also get it from sniffing another dog’s anus as well as from their parents while in the womb, believe it or not.

Take a look at the sources of worms.

Related ➔➔ Heartworm – Everything You Need to Know

Worms are parasites that feed off of their host.

In the case of puppies, worms sap nutrients from the food they eat and from the puppies themselves.

This leads to malnourishment, lack of growth, and a host of other health problems if not addressed.

When puppies don’t get the nutrients and calories they need, they don’t grow. Sometimes they die in severe cases.

Deworming Puppies to Give Them a Good Start

Even puppies who have never been outside could potentially have certain types of worms which can be passed from mother to pup.

And even if the mother only goes out to do her business, that is still an opening for possible infestation, however unlikely.

Deworming puppies, no matter their background, is an across the board action which guarantees that all of them mare protected from parasites when their bodies need all the calories and nutrition they can get.

It’s much safer to have a vet deworm your dog. If needed, buy your Pet’s Heartworm Medicine at Chewy Pharmacy!

Do you have any other questions about deworming puppies that I didn’t cover? Feel free to ask in the comments!