Have you ever wondered about how much of what we say our dogs and cats understand?

That’s a curious question because both cat and dog people talk to their pets as if they understand every word.

We all know that dogs are highly intelligent and capable of incredible feats, but what about cats?

If you are interested in this subject or you’re wondering if your pet might spill your secrets, keep on reading.

How much of what we day do dogs and cats understand?

Unfortunately, we can’t be 100% certain how smart dogs and cats are and how much of our words they grasp.

But what we know is that they can learn the meaning of individual words. That’s evident by the way they react when they hear “dinner,” or “walk.”

So, let’s look at what scientists have to say on the matter.

How much dog dogs understand? 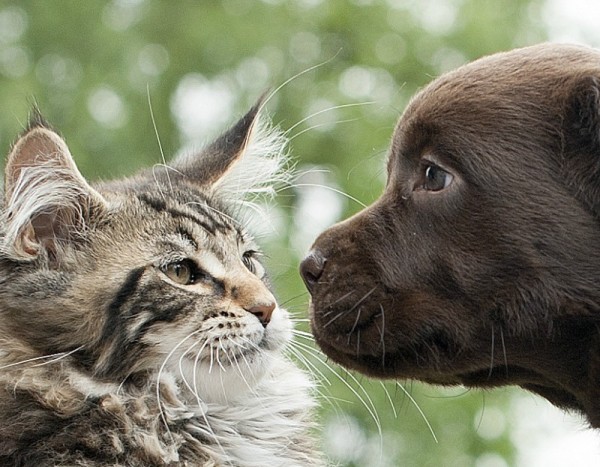 Some dog owner would swear that their four-legged friend understands every word they say. Well, experts have some interesting things to say on the subject.

Stanley Coren, a famous psychologist and a bestseller author on dog’s behavior, researched the subject of canine intelligence.

He concluded that dogs could learn around 160 words if properly motivated. This means that they have almost the same cognitive abilities as a two-year-old child.

As practice has proven, with proper training and enough stimulation, it’s possible to achieve remarkable results.

Interestingly, dogs and children learn new words following the same procedure. A child who sees and hears the word “toy” starts to associate the sound with the object.

Dogs do the same, but never make the final steps to talking. That’s why we can’t say whether they understand the words the same way children do.

Not surprisingly, pooches do better with words that describe physical objects like “bone,” “bowl,” or “treat” than abstract notions such as “love.”

Nevertheless, men’s best friend reads the body language of his owner like an open book. That’s why they know when we’re upset, worried, or happy.

So, even if they don’t learn more than 10-20 words in their lifetime, they still understand a lot what we say by observing our gestures and interpreting our body language.

How much do cats understand?

While many scientists have studied canine intelligence extensively, cat research hasn’t been as nearly successful.

The reason is simple. As one scientist said, “It’s easier to work with fish than cats.”

Ask any cat owner. He or she would tell you how impossible it is to make a cat do something it doesn’t want.

Or in other words, cats do not make good test subjects, so scientists have struggled to determine how much of what we say cats understand.

Nevertheless, scientists have established a couple of things:

Unlike dogs, which are highly trainable because it’s easy to motivate them, cats learn on their own terms.

They are most likely to recognize words that you often use around them, like “no,” “get down,” “dinner,” “stop,” and so on.

It’s entirely possible that cats understand everything we say. However, they prefer to pretend that they don’t understand you so that they can continue to do whatever they want.

It’s no coincidence that they appear the moment you mention food, even though they were sleeping soundly in the other room moments ago.

Which animal is smarter – cats or dogs? 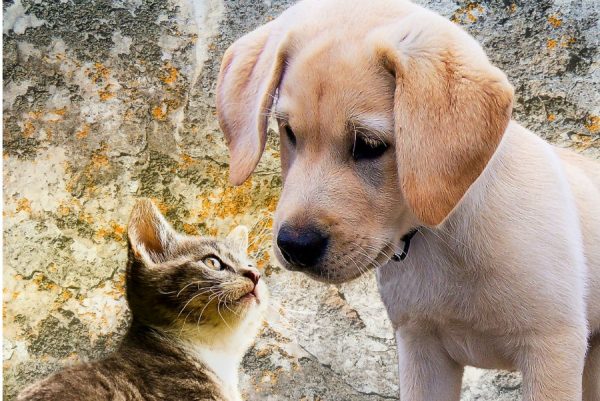 That’s one of the eternal debates between dog and cat people, and each will defend their favorite pet to the end. But science might have the answer to this long-fought battle.

Previously, scientists believed that cats have more neurons in the brain than dogs, but recent findings proved that it’s the opposite.

Neurons are the processing units of the brain. The more neurons you have, the better cognitive abilities you have.

So, according to the new research, dogs can do more complex things in their lives than cats.

But we have to consider a few things.

What’s more, intelligence is a human concept. As Albert Einstein said, “If you judge a fish by its ability to climb trees, it will live its whole life believing that it’s stupid.”

Cats are better in some fields than dogs and vice versa, so comparing cats to dogs is like comparing apples to bananas.

Finally, I want to express my personal opinion. I think that both cats and dogs understand far more than we imagine, even if they don’t know the meaning of specific words.

Both species are in tune with their owners and love them in their unique way.

What do you think on the matter? How much of what we say do cats and dogs understand?  Share your stories in the comments.