“Why do dogs instinctively know when something is wrong?”

That’s a question many dog owners ask when their dogs dislike certain people or warn them about incoming disasters.

If you’re curious about your pooch’s “psychic abilities,” keep on reading to find out how they do it.

5 Reasons Why Dogs Instinctively Know When Something Is Wrong

Many owners believe that animals have a sixth sense that allows them to detect things humans can’t.

The Internet is full of stories about dogs that save their families from fires, tornadoes, burglars, etc.

People are also convinced that dogs can smell “bad humans” and that there’s a good reason dogs bark at certain strangers.

While it might seem that dogs have some mystic powers, most of these stories have a logical explanation.

Let’s see what makes dogs so good at knowing when something is wrong.

#1 Dogs Have Superb Sense of Smell

Do you know how many olfactory receptors dogs have in their noses? Over 300 million.

When you compare these 300 million to the humble 6 million humans have, you understand how dull our sense of smell is.

When you’re ill or have a bacterial/viral infection, your scent changes.

People will hardly catch the difference, especially in the early stages of a disease.

But thanks to their superb noses, your dog can sense these changes in your body.

As researchers have proven, a lot of dogs can be trained to detect:

Besides illness, emotions, moods, and pain also affect your scent. So, dogs do smell fear because of the hormones your body releases and they can tell that you’re in pain.

That’s how your pet knows when to come to cuddle you when you have a bad day.

But your pet probably doesn’t realize the significance of what they’re smelling.

They just know that something is wrong and might try to figure it out by sticking close to you or obsessive over the problematic body part.

#2 Dogs React to Your Tone

Most words sound like gibberish to your dog. Nevertheless, they can figure out what’s going on with you and how you feel by listening to your voice.

Researchers have found that your dog’s brain can decipher emotions in dogs’ and humans’ voices.

Using an MRI machine, scientists discovered that dogs have similar neural circuitry to humans that allows them to interpret voices.

So, don’t be surprised when your dog instinctively knows that something is wrong or stands between you and a person you don’t like.

They’ve heard your tone of voice and understood what it means.

Besides a superb sense of smell, dogs also hear far better than humans.

So, our four-legged friends can detect much more high-frequency sounds than us.

That’s the other common reason why dogs instinctively know when something is wrong.

Your pooch has probably heard something you didn’t, and the sound has freaked them out or awaken their protective instincts.

Imagine that there’s a storm a few miles from your place.

You might not hear the thunder, but your dog will and might hide under the bed. The same might happen when there are fireworks, explosions, or other subtle noises.

A burglar trying to break your door’s lock silently will also trigger your dog’s sensitive hearing, and they might start barking.

After all, we domesticated dogs because they proved to be excellent guards and alerted us of potential dangers.

Some people also claim that dogs can predict natural disasters.

While there’s no evidence that dogs can foresee the future, they probably pick sounds and smells out of our reach.

That’s how they know that something “bad” is about to happen.

Another reason why dogs know something is wrong is your body language. Thanks to their strong bonds with humans, dogs are masters in interpreting body cues.

Think about it for a moment from your dog’s view.

Humans around you only speak in gibberish and you don’t know what these humans want or how to make them give you treat.

What do you do? You observe their body to figure out what you should do to get attention, food, or rewards.

Moreover, dogs are used to noticing even the slightest changes in body position when it comes to other animals.

That helps them assess the situation and how friendly a strange dog/animal is.

Most owners don’t realize it, but they give a lot of silent clues that their dog picks up.

For example, glancing at a leash tells your dog that you’re thinking about a walk, and they get excited about it.

How you move, where your hands are, your voice, and posture – nothing escapes your dog’s observation skills.

So, when your behavior deviates drastically from your normal one, your dog will know that something is wrong. 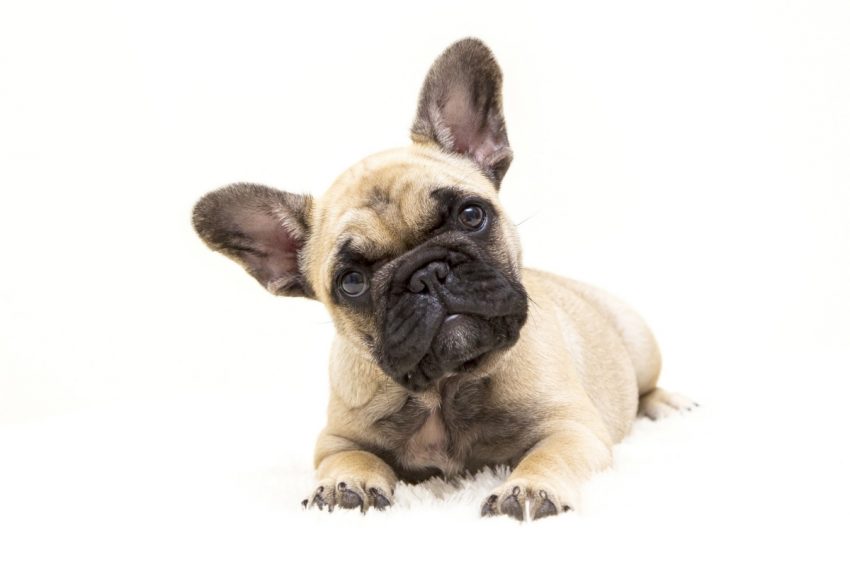 Finally, most dogs know when something is wrong because they’re intelligent.

Dogs can learn almost as many words as toddlers, do simple math, and have excellent social skills.

They can also solve problems, such as how to reach the table or open the food cabinet.

Moreover, dogs learn the name of some objects by paying attention to what you’re doing. Say “food” or “walk,” and your dog will prick ears because they know what these words mean.

However, similar to people, intelligence varies from dog to dog. Some breeds are smarter than others and are capable of learning commands in one to five repetitions.

That would be Border Collie, Poodles, and Retrievers.

Since these dogs often work side by side with humans, they learn a great deal by observing and remembering.

That’s how they figure out what something is wrong when their owner acts differently.

On the other hand, some breeds are stubborn and independent, and people often think that they’re dumb dogs.

However, such dogs are smart in their own way because they can survive longer without human presence and intervention.

As you can see, your dog might instinctively know when something is wrong because they’ve got better senses than us.

Dogs are also more observant about what’s happening around them than us, which gives them an advantage.

If you think that your dog is trying to warn you about something, you should listen to them and try to figure out what’s wrong.

What do you think about these reasons why dogs instinctively know when something is wrong? Have you got any stories that you’d like to share? Then leave us a comment.