Knowing the signs a dog is dying from kidney failure could mean the difference between life and death for your pup.

When caught early (and with proper treatment), dogs can survive with kidney disease for years.

Unfortunately, dogs hide their discomfort so well that we might miss the health warning signs.

So, today we’re going to talk about kidney failure in dogs and its symptoms.

Related: How to make a dog with kidney failure comfortable

What are the signs a dog is dying from kidney failure?

Kidneys are essential for regulating the fluid balance in the body, eliminating waste, and secreting a hormone to produce red blood cells. They also keep the blood pressure in check.

When the kidneys are not functioning properly, all organs suffer.

But more importantly, since they are not working up to their full potential, they can’t filter the waste as effectively as before.

As a result, toxins build-up in the body and the dog can get very ill very quickly.

As mentioned above, dogs can survive kidney failure and go on to live several more years…when caught early enough.

That’s why knowing these signs a dog is dying from kidney failure is so important.

Related: Best Diet For A Dog with a kidney failure 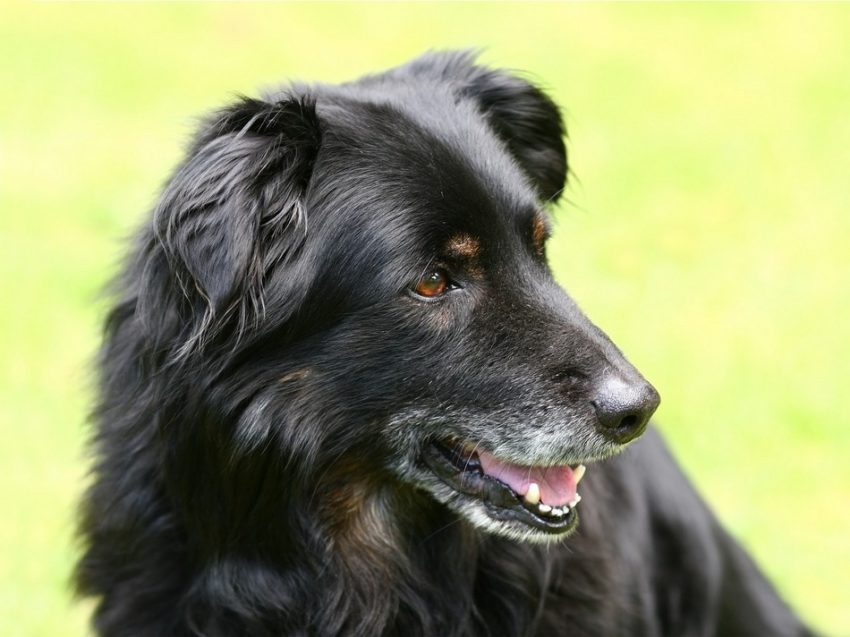 Surprisingly, dental disease is one of the causes for renal failure in dogs because mouth bacteria enter the bloodstream and attack the organs.

At first, you won’t notice any noticeable signs.

However, since the kidneys are struggling to filter the toxins, urine production increases in an attempt to remove as much waste as possible. As a result, Lucky starts to drink more often.

So, the initial symptoms of kidney failure in dogs are excessive drinking and increased urination.

You’ll probably notice that your fur baby is making frequent trips to the water bowl or that you have to fill the bowl far more often than before.

Your pooch might also start to have accidents in the night or pee in the house during the day.

That’s why it’s important to take the dog to the vet if you observe any change in his habits.

Moreover, the symptoms of renal failure do not appear until a large portion of the kidneys has been damaged.

So, when you notice these first signs, it’s likely that your dog has been ill for quite some time.

Symptoms in stages two and three

Regrettably, once the kidneys have been damaged, it’s impossible to restore them to full functionally.

Instead, the vet is going to perform some tests to see how well the kidneys are working.

Usually, vets look at the level of creatinine and SDMA (a renal biomarker) in addition to the urine-to-protein ration.

They also measure the systolic blood pressure. Based on the results, they categorize the dog in one of the four stages of dog renal failure. 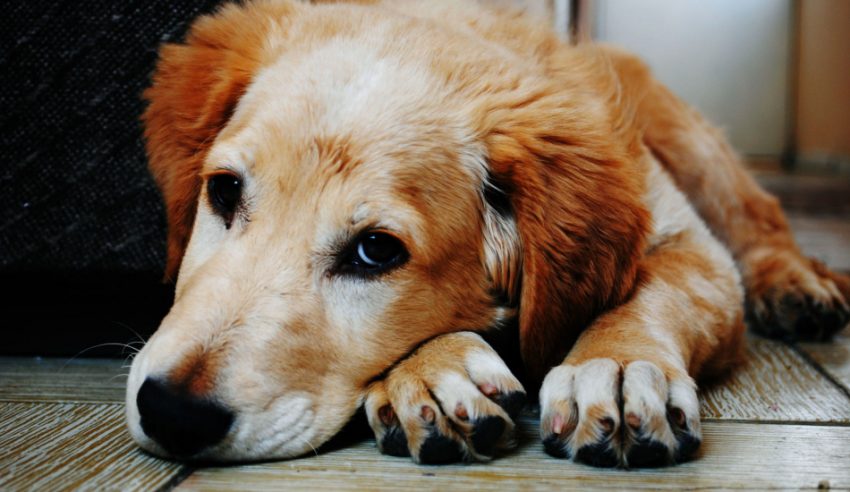 Kidney failure is a progressive disease even with the best treatment plan possible.

As the kidneys deteriorate further and barely filter the waste, you’ll notice that your dog’s breath has a distinctive ammonia smell.

Also, Lucky’s gums would be pale and dry and he might develop ulcers in his mouth. Trembling and twitching are also possible as well as confusing and disorientation.

Other symptoms at this stage include:

End-stage kidney disease doesn’t mean that your pet is going to die in the next few hours. So, do not panic. However, it’s a warning that you have to make some hard decisions.

On average, dogs might last between three months and one year after entering the last stage. However, it’s strictly individual and depends on your dog’s overall constitution.

Nevertheless, dying from kidney failure is not peaceful or painless. You’d want to think about doing  what’s right for your dog when the suffering becomes too much.

How can you prevent kidney failure?

Unfortunately, you can’t do much to prevent kidney failure in dogs when it’s due to old age. But you can:

As a conclusion, I would like to issue a warning that concerns not only dogs but cats and small children. Some snow globes contain antifreeze. It’s added to the water to keep it from freezing.

Antifreeze is deadly to animals in very small amounts, and it leads to kidney failure in a matter of hours/days. What’s more, by the time the symptoms show its usually too late to save the animal.

So, if your pet/child breaks the globe and gets exposed to the water, he is in danger of antifreeze poisoning. Be safe and keep the globes where your pets/children can’t reach them.