Is having two dogs more than twice as difficult as having just one?

If you’re worried that you’re in more than double the amount of work, read on!

A reader asked me that question the other day, and it made me think: is it just twice as much work or is there more to it?

Adopting a second dog is a logical step when you see how much joy and happiness a dog brings to the family.

But it’s natural to worry if you’d be up to the task of handling two furbabies.

I’ve been in the same situation, so I’d do my best to help you make up your mind.

Is having two dogs more than twice as difficult as having just one?

It depends on your experience as a dog owner and your dog’s personality. Find out the pros and cons of having 2 dogs!

I’ve had two dogs, and I’ve had one dog. So, speaking from experience, some things are easy with two dogs, others are difficult.

But let’s see in details what the pros and cons are of having two dogs running around the house.

What are the pros of having two dogs? 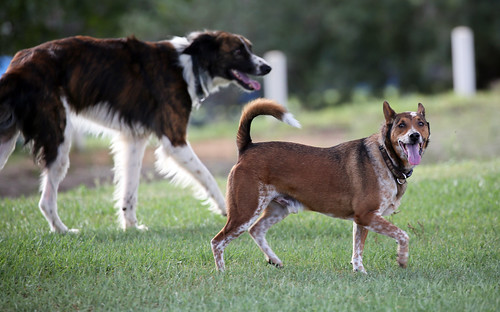 One of the main advantages of living with two dogs is that they are going to keep each other company.

When you work full-time,you wonder what to do with your dog. In addition to this, some days you don’t have the time or energy to interact with your furbaby as much as you’d like.

Not to mention that you’re anxious because you’re leaving Beau alone for most of the day, so he expresses his dissatisfaction by barking and howling.

Moreover, when you come home, your pet is rested and ready to be the center of attention. Beau seems to have an endless desire to run or play, and you can barely keep up.

Believe me, it’s hard to tire a dog that has spent the better part of the day sleeping.

An excellent way to burn off energy and reduce the stress of being alone would be a play buddy. Two dogs easily find ways to entertain themselves during the day.

As a result, they won’t be so hyped up in the evening, and they won’t require so much exercise. And a dog with separation anxiety will be less stressed with a companion.

In addition to this, one or two dogs, you still have to take your pet out for a walk. It’s not a responsibility you can shrug off unless you want to come home to a disaster.

So, nothing will change in this regard.

And, of course, two dogs mean that you have two beings that love you unconditionally and want nothing more than to snuggle with you during the night.

What are the cons of having two dogs? 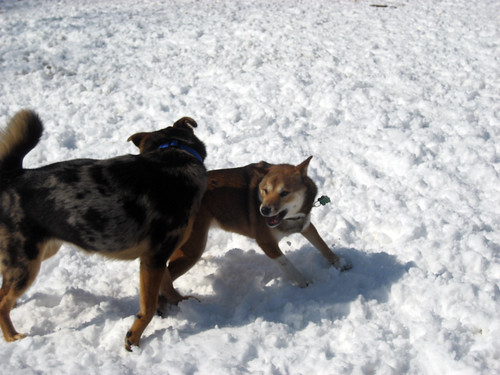 In a perfect world, two dogs will get to like each other the moment you bring the second one into the house.

Unfortunately, that rarely happens in the real world because each dog has a mind of its own and a unique personality.

So, one of the possible cons is tension/aggression between your dogs because one or the other is trying to assert its dominance.

The other possible disadvantage is that two dogs can keep each other busy too well for your liking.

They can make twice the mess in the house while they are running and chasing. And of course, you’ll have to sweep twice the fur.

In addition to this, one of the dogs might teach the other some bad habits like chewing on shoes. And training two dogs can be quite challenging in the beginning until you get the hang out of it and teach the dog to wait their turns.

How to make sure that two dogs get along? 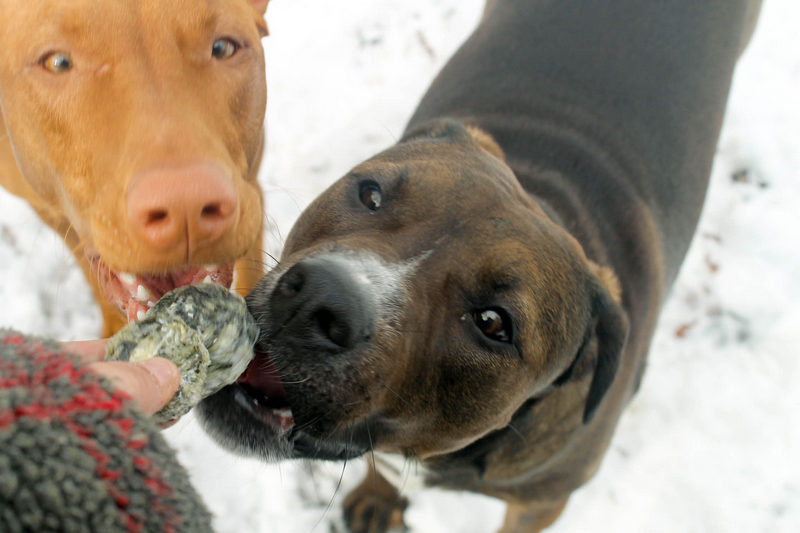 If you decide to adopt a second dog, here are some additional tips to limit dog tension as much as possible:

Even well-behaved dogs equal twice the responsibility when it comes to vet bills, food expenses, and tick and flea medication.

However, it’s completely worth because the love and loyalty you’ll receive make up for all the possible troubles. Just be certain that you’re ready for that step.

What do you think about this topic? Is having two dogs more than twice as difficult as having just one? Tell us about your experience in the comment section.