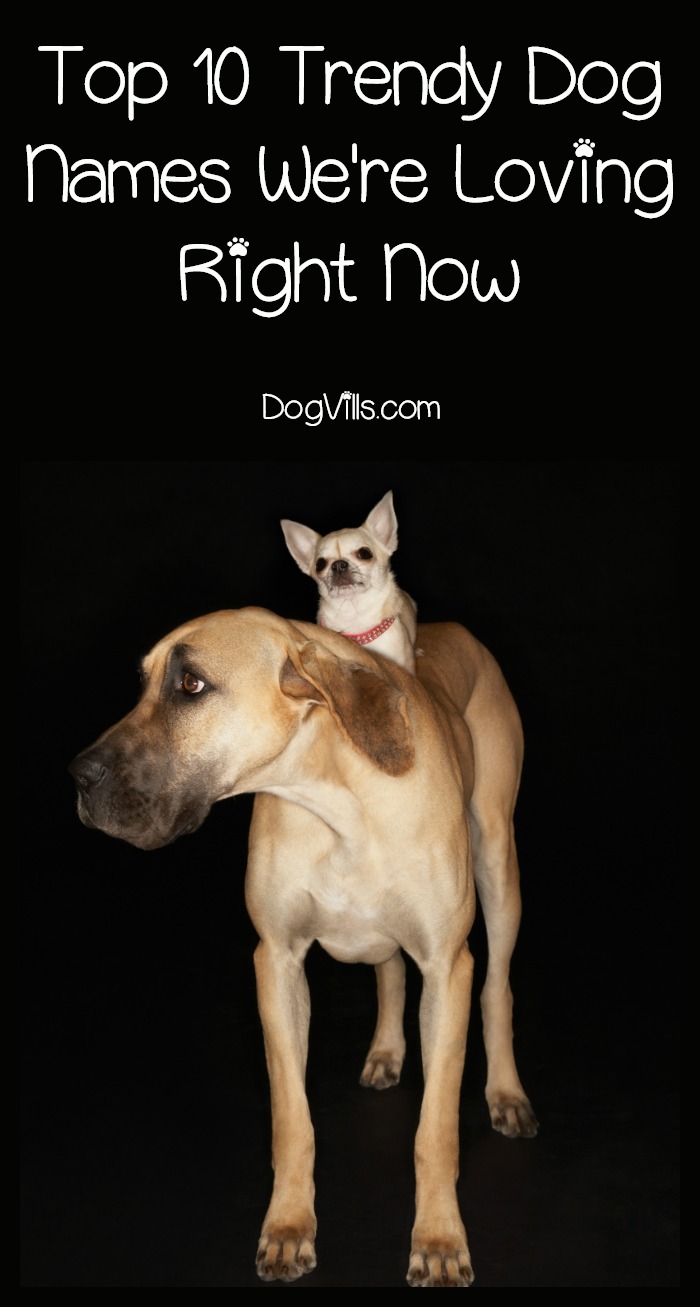 As the name implies, they’re usually influenced by the latest trends in everything from movies and television shows to the hottest sports stars of the day.

For those of us who get super invested in our favorite shows or teams, naming our dogs after a character is a great way to share our passions with our pets.

We’ve come up with a few fun trendy dog names for boys and girls that aren’t too over-used.

While you may hear these names at the dog park a few times, you’re not likely to have 50 dogs come when you call out “Ash!”

With the popularity of Pokemon Go, a location-based, real-world game for Android and iOS devices, Ash is one of the trendiest dog names today.

Ash Ketchum is the main character in the Pokemon franchise.

If you outgrow the Pokemon trend, you can always say you named your dog after the lead character from the classic horror movie, The Evil Dead!

Beast, the movie’s main character, is an arrogant prince that is transformed into a beast by an enchantress.

Dan Stevens plays the role of the Beast in the movie.

-Jorah Mormont is a fictional character, played by Iain Glen, in Game of Thrones.

It has aired for 7 seasons so far, with season 8 being its last season. Jorah is Jeor’s, the Lord Commander of the Night’s Watch, only son.

Peyton Manning is a retired (announced on March 7, 2016) NFL quarterback, considered one of the greatest in history.

He played with the Indianapolis Colts for 14 seasons and the Denver Broncos for 4 seasons.

Thor: Ragnarok is the sequel to the 2011 Thor and the 2013 Thor: The Dark World. The role of Thor is played by Chris Hemsworth.

Carina Barbossa is the daughter of Captain Hector Barbossa.

Eleven is a young girl with a limited vocabulary and telekinesis abilities.

Gilmore Girls: A Year in the Life was released on Netflix on November 25, 2016.

It is the sequel to the Gilmore Girls, a comedy drama television series that aired for 7 seasons, from 2000 to 2007.

Lorelai Gilmore, played by Lauren Graham, is a single mother to her daughter, Rory Gilmore.

Harley Quinn, played by Margot Robbie, is one of the main characters from the 2016 superhero movie, Suicide Squad.

Harley Quinn is a former psychiatrist and a fan favorite, who is crazy and funny.

Dana Scully, played by Gillian Anderson, is one of the show’s main characters, a special agent with the FBI and partner of Fox Mulder.

Since I just came off a 9-hour Stranger Things 2 binge, I have to say that I’m loving Eleven for a dog’s name!

What do you think of these trendy dog names? Which would you go with? Share below!