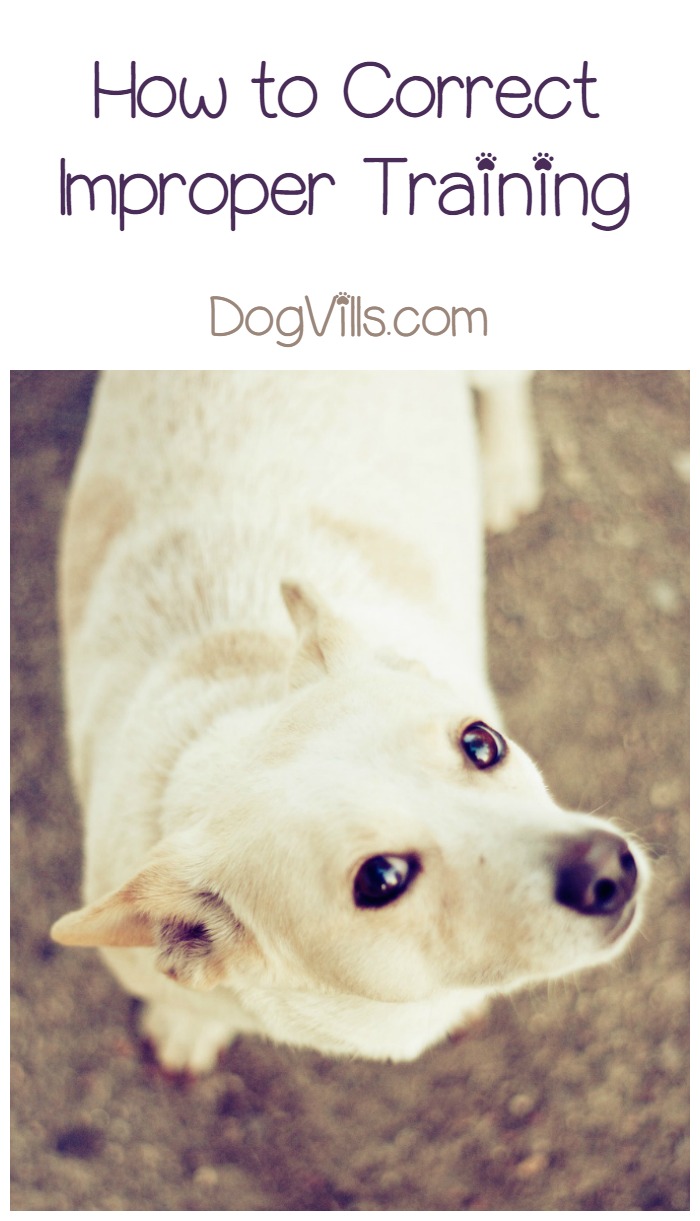 Training your dog can be tough. It’s more than getting your dog to perform a certain command and then tossing him a treat, although that is most certainly at the heart of it. Training your dog is all about cues, rewards, and repetition. Sometimes, however, whether it be through improper training techniques a dog that learns to anticipate what will be asked, or, more often, a combination of both, dog training can go off the rails.

The Pitfall of the “Too Smart Dog”

I recently came across a question in the forums about a dog that, according to his owner, seemed TOO good at his training. Here’s what I mean. The owner taught her dog “sit” and “down”. He mastered both commands quickly, and learned over time that she would ask him to sit then to go down, and he would then receive his reward. This is where her question of her training methods and her dog being “too smart” came in.

You see, over time her little guy decided to cut out the middle man. When his owner gave the sit command, he would sit and then immediately lay down. He effectively combined “sit” and “down” into one action for the sit command. Now, while this may be a prime example of the intelligence of dogs, it’s also an example of what can happen when you inadvertently miss a step in your training routine.

We’re going to focus on this woman’s problem with her training as an example. Correcting her dogs sit/down combo can actually be applied to any sort of commands when training your dog. Let’s take what happened step by step, and then we’ll learn about “behavior chains”.

She Taught Her Dog “Sit”

And her dog got it quite rapidly. Awesome. It’s always nice when your dog can learn what you want him to do quickly. It makes for a very satisfying experience for both you and your dog.

She Taught Her Dog “Down”

And again, he took to it right away. So, he could now sit and lay down on command. So far so good, right? I mean, this is the perfect scenario when training your dog. But wait.

She ALSO Taught a “Behavior Chain”

Here’s where her training went off the rails. Chances are, she taught her dog “sit” and “down” without a release command. Which means, he learned these commands, but he didn’t learn to remain in those positions until she said otherwise. Another likely thing that happened is that she taught him “sit” and “down” back to back. It’s a common combination, after all. That’s how he learned the behavior chain.

A behavior chain is something that can happen when training your dog. It occurs when you teach commands concurrently and with no release word. Over time, her dog learned that he would get a treat only after he sat and then laid down. Brainy little guy that he was, he just cut out the middle bit, and when he got the “sit” command he would sit and then lay down. It makes sense. He knew what to do, and he wanted that treat!

Although it’s adorable that her dog is such a brain smurf that he just stuck both commands together, this type of thing is not ideal when training your dog. Fear not! It’s incredibly easy to fix. All you need to do is incorporate a “release” word.  Here’s how it works in the context of a sit/down behavior chain.

Teach Him to Sit and ONLY Sit

Begin by giving the “sit” command. As SOON as your dog’s butt is on the ground and BEFORE he has the chance to lay down, use your clicker and toss a treat. It’s important to toss the treat. This gets him out of the sit position and “resets” him for another round of “sit.” Repeat this process until you’ve got him sitting without immediately going to the down position.

After you have that down, begin increasing the time between the action and the click/treat. Eventually, he will come to the understanding that he gets a treat after sitting. And ONLY after sitting.

Teach Him Down and ONLY Down

Just like with the “sit” command, you want to begin training your dog to lay down and ONLY lay down. If he’s already mastered “sit” and “down” – and in this context he has – simply give him the “down” command. If he immediately lays down give him a click and a treat. Repeat this process as above until he learns that “down” is ONLY “down.”

Training your dog is an exercise in patience. We all know that. The “behavior chain” is a prime example of it, though. Sometimes, we jump the gun when we train or we inadvertently create behavior chains that we don’t want. Luckily, it’s easy to fix, especially if you’ve already been training your dog to do the commands. It’s just a simple matter of breaking them up in your dog’s head. Hey, if he was smart enough to smoosh them together, he’s smart enough to get the hang of unsmooshing them, right?

Have you ever dealt with a behavior chain when training your dog? Share your tips on how you broke it in the comments!