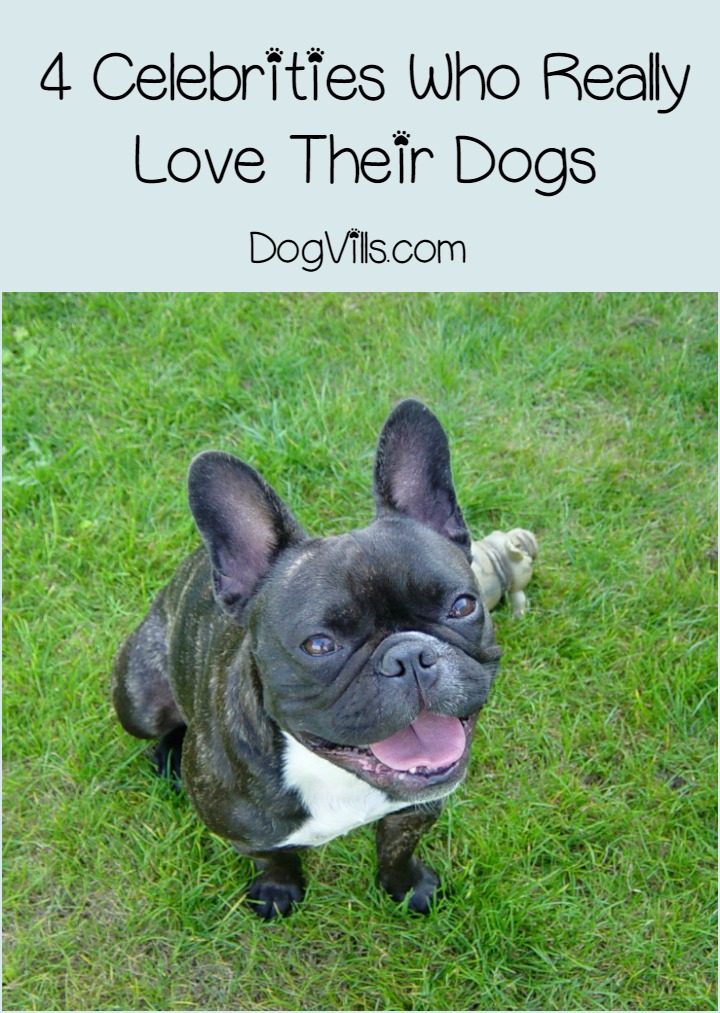 While many celebs love animals of all kinds, there are a few top celebrity dog lovers in Hollywood that seem to go above and beyond for their canine companions. They don’t just love their dogs, they include their furkids in major life events, develop entire product lines around them or talk them up in the media much like a proud parent would talk about a child. Check out a few of our favorite top celebrity dog lovers in Hollywood!

Related: 5 Celebrities Who Literally Run with the Big Dogs

Ever wondered what it's like to be @MarthaStewart's beloved chow chow Genghis Khan? Find out: http://t.co/n9Vsufwkry pic.twitter.com/iRnEkNnVCW

Martha Stewart is probably best known for her best-selling books, magazine and television shows, but she is also a huge dog lover as well. She currently has three dogs: 2 French Bulldogs named Francesca and Sharkey as well as a Chow Chow named Ghenghis, who won Best in Breed in 2012 at the Westminster Dog Show. On April 4, 2014, Stewart told VetStreet in an interview, “Pets are a very important part of my life. I come home because I have my pets. And I want to see my pets and cuddle with them.” Martha loves her pets so much, they inspired her to create an entire line of pet products.

Elton John is one of the well-known singers and songwriters worldwide. His hit songs like Goodbye Yellow Brick Road, Candle in the Wind and Don’t Let the Sun Go Down on Me, will be played and remembered for years to come. He is a huge dog lover too. In fact, his dog Arthur, a Cocker Spaniel, was actually the best man at his wedding to David Furnish on December 21, 2005.

Carrie Underwood is one of country music’s biggest stars, with her hit songs like Jesus Take the Wheel, Blown Away, and Church Bells. She was also the winner of Season 4 of American Idol in 2005. She and her husband, Mike Fisher, are the proud owners of two dogs: Penny is a Dachshund mix, and Ace is a Rat Terrier. She brings the dogs on tour with her, staying in dog-friendly hotels.

A photo posted by OpheliaToulouseAndCoco (@opheliatoulouseandcoco) on Dec 4, 2013 at 4:53pm PST

Ariana Grande is an actress and singer. She is also a major dog lover, a current owner of 7 dogs. Cinnamon was adopted from a rescue shelter in December of 2014. Coco is a Dachshund-German Shepherd mix (don’t try to figure that one out), who has her own Twitter account @MissCocoGrande. Fawkes is a Shiba Inu that she adopted in July of 2014. Ophelia is a Chocolate Lab-Poodle mix, who appears in her music video Right There. Sirius was adopted by Grande in September of 2015 and is named after the Harry Potter character. Toulouse is a Beagle-Chihuahua mix that Grande adopted from an animal shelter in September of 2013. Strauss was adopted in Oklahoma in October of 2015.

Do you have any favorite celeb dog lovers in Hollywood who go above and beyond to show their love for their furkids? Share in the comments!