Some rescue dogs have been through terrible ordeals, so what they need is to feel safe in your home.

That’s why they need proper training and attention.

However, you shouldn’t forget about the needs of your other dog and allow the bullying to continue.

That’s why today we’re going to discuss what you can do to prevent dog on dog bullying.

How to Stop Your Rescue Dog from Bullying Your Other Dog

I know that most of you think about people when they hear the word “bully.” But it’s also possible for animals to be bullies, and it happens far more often than we would like.

It’s hard to admit that your rescue dog might have a problem like that, but you should not turn a blind eye to the bullying and wait for the dogs to figure it out. One of them might get hurt.

So, here’re some tips to help you along.

#1 Determine if your rescue dog is really a “bully” 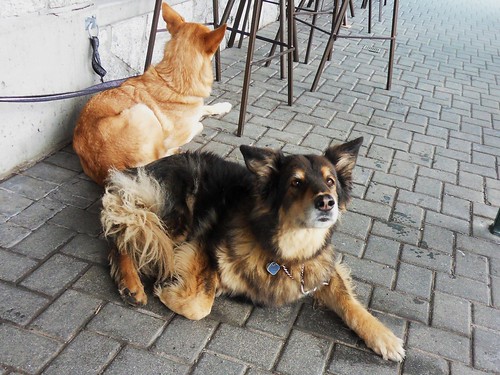 As you know, dogs have a specific hierarchy based on domination and submission, so it’s natural that some dogs would be more aggressive in their social interactions than others.

However, not all intensive play you observe is bullying. Something it’s nothing more than two excited dogs having fun. So, if you’re not sure look for these clear signs that spell bully:

Your other dog will also show clear signs that he is uncomfortable with the presence of his mate:

So, don’t worry if you see your two dogs chasing one another. As long as both dogs take turns during play, it’s normal.

#2 Learn the bullying signs of your dog 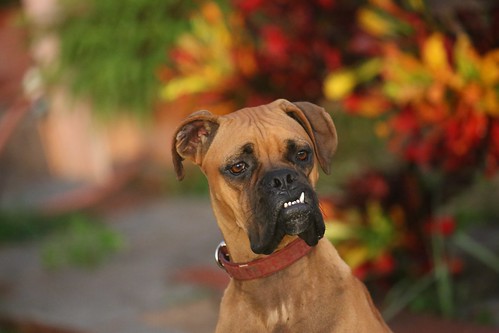 Sometimes rescue dogs have a lot of behavior issues because they haven’t been raised the right way. They might lack the proper socialization, which means that they haven’t learned how to play well with others. In such cases, they might get excited easily and won’t recognize the signs that the other dog is uncomfortable.

So, it’s your job to observe and step in when you see that your rescue dog is getting too excited.

Right before Scotty decides to pounce his fellow dog and pin him to the ground or push him around, you might notice the following signals, which will tell you that it’s time to interfere:

As you know, practice makes perfect. In time, you’d learn to recognize the signs so that you can remove your dog from the room before it gets overly excited.

To stop your rescue dog from bullying your other dog, teach a solid “pay attention” or “come” command. Solid means that the Scotty should respond every time without hesitation no matter what he is doing. In this way, you can recall Scotty to your side and keep him there until he is calm. Use a lot of positive reinforcement and delicious treats.

It will take time to learn, so be patient and do not leave the two dogs unsupervised. Allow only short play sessions and stop them immediately once you notice that the rescue dog is about to do something you don’t want. You want to teach Scotty that the fun ends when he start acting as a bully. 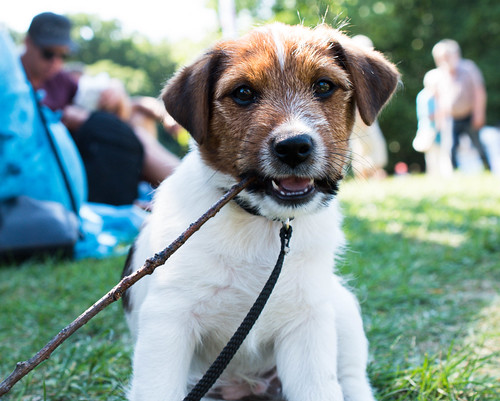 One of the most important things you have to do when you bring a rescue home is to establish the house rules. Do not allow Scotty to get away with breaking the rules because you feel pity. Dogs do better when they know what you expect from them and being inconsistent is the worse you can do in situations like that.

Stop any stealing the moment you notice it. Scotty has to understand that you decide who gets the toys or the food and that you won’t tolerate such behavior. To deal with it, you can feed Scotty in a separate room or his crate until he learns proper manners. You can also use a leash and gently correct him when he attempts to steal or bother the other dog.

One of the reasons why your rescue might be trying to bully the other dog is because he doesn’t regard you as the leader of the pack. Remember the hierarchy – in the absence of a strong leader, the most dominant dog will take charge.

So, you have to be firm, and show Scotty that you’re the pack leader. Don’t show that you’re nervous or unsure in what you’re doing. Project calmness and assertiveness and remember to be consistent and treat both dogs fairly.

Do not worry if your dogs don’t get well at first. Introduce the rescue dog to your other dog slowly and give them time to get used to one another. As a last resort, you can speak with a professional dog trainer to resolve the issue.

What do you think about these tips on how to stop your rescue dog from bullying your other dog? Have you got anything to add? Share your story in the comment section.