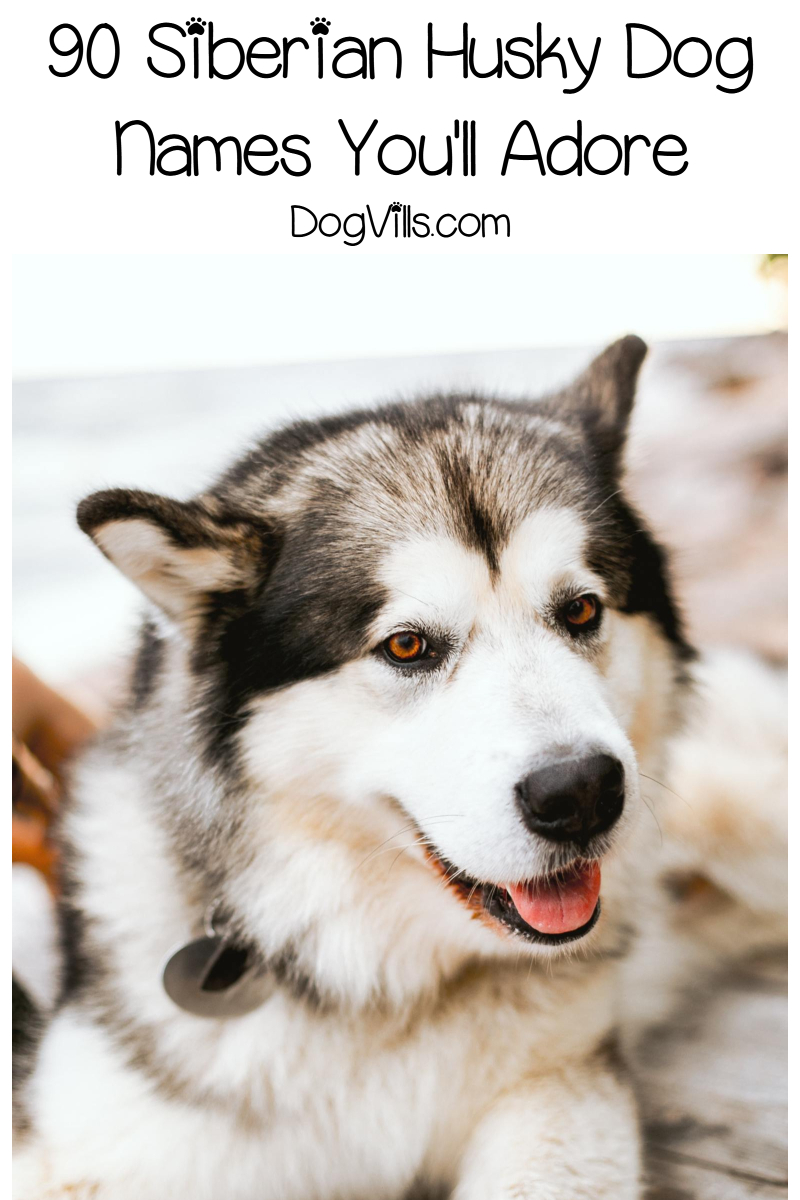 Well, get ready to be inspired; we’ve rounded up 90 that we just adore.

Good luck choosing just one; you may need to think about getting two puppies at once!

Take a look and you’ll see what I mean!

They are known for their wolf-like appearance, featuring penetrating eyes, pointed ears and pronounced snout.

They also feature a thick, double coat that is designed to protect them in very cold environments.

Here are some awesome Siberian husky dog names that honor all of the above, from their origins to their winter hardiness!

For our male husky dog names, we’ll start with our favorite Russian-inspired ideas.

Then, we’ll honor their wolf-like appearance and finish up with some winter names.

You’ll know which is which when the alphabet “reboots” on our list.

We’ve given a brief explanation for the names that aren’t quite obvious.

It’s hard to choose a favorite among these, but I’m partial to Adak. It’s just a unique winter name for a dog, don’t you think?

I also love Balto. He was such a heroic dog!

Then, move onto wolf-inspired and finish off with winter-centric ideas.

I have a lot of favorites from this list!

Nymeria is so unique, while Yuki is just beautiful. Khione is also incredibly cool, pun intended.

Your turn! What are your favorite Siberian Husky dog names? Share below!