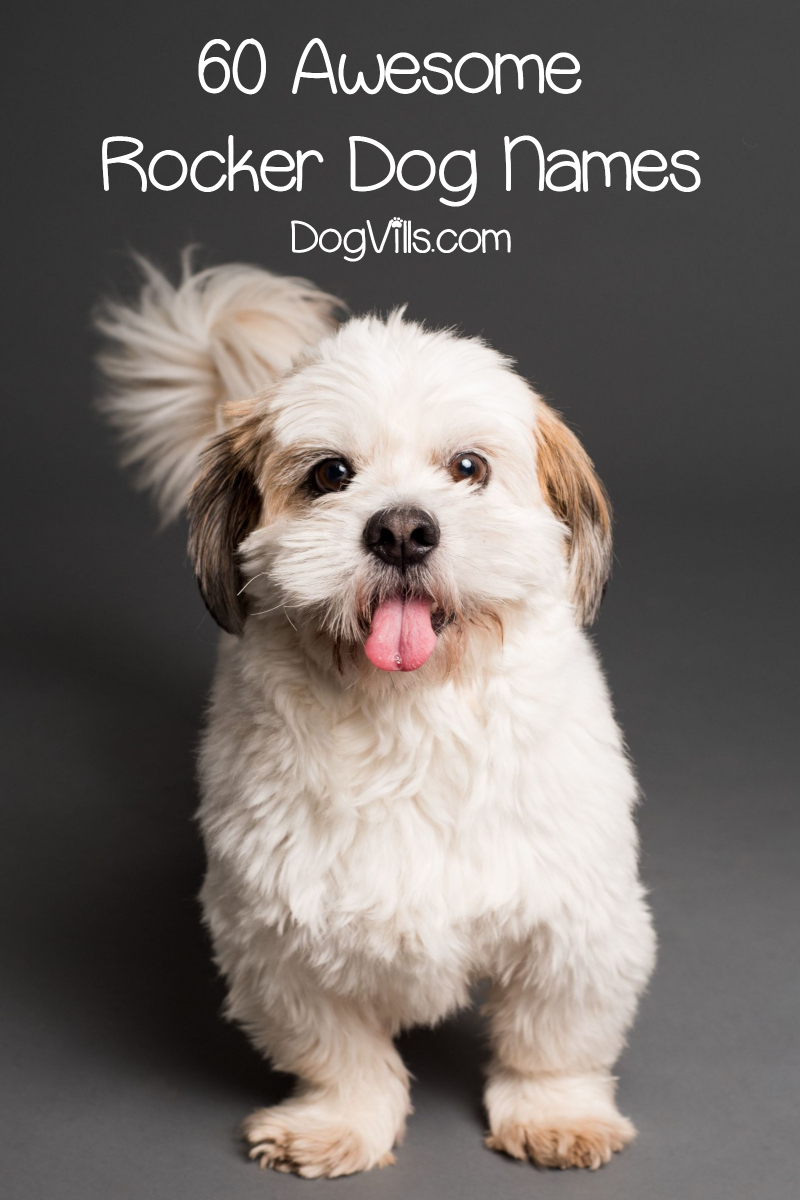 Get ready to get your groove on with these awesome rocker dog names!

Whether you have a boy or girl pup, we’ve got you covered!

For those who like to rock out, we have a treat for you music lovers.

Adopting a new puppy into your family is an exciting event, almost as exciting as going to your favorite rock concert.

Maybe your pup is a little shy and reserved and you want to endow him or her with a powerful name that can hopefully offset this characteristic.

Naming someone close to you like your dog after a rocker legend is always a cool idea.

Whatever the reason, we have a list in store for you to lessen the pressure of finding the perfect name.

You know you can expect a long list of famous rockers, mainstream or not.

It could be fun to see if you recognize some of the names, especially if they are more obscure rock bands.

Let’s help you find the perfect name while testing your music knowledge!

Can you think of any more artists to name your dog after? We still have a few ideas for your male dog. How about Springsteen, Cooper and Jovi?

Now on the female side, we have a bunch of names ready as well. Females rocked out in rocker history just as hard as the guys did.

There you have it, 60 rocker dog names for you to choose from. Can you think of any others? Let us know below!