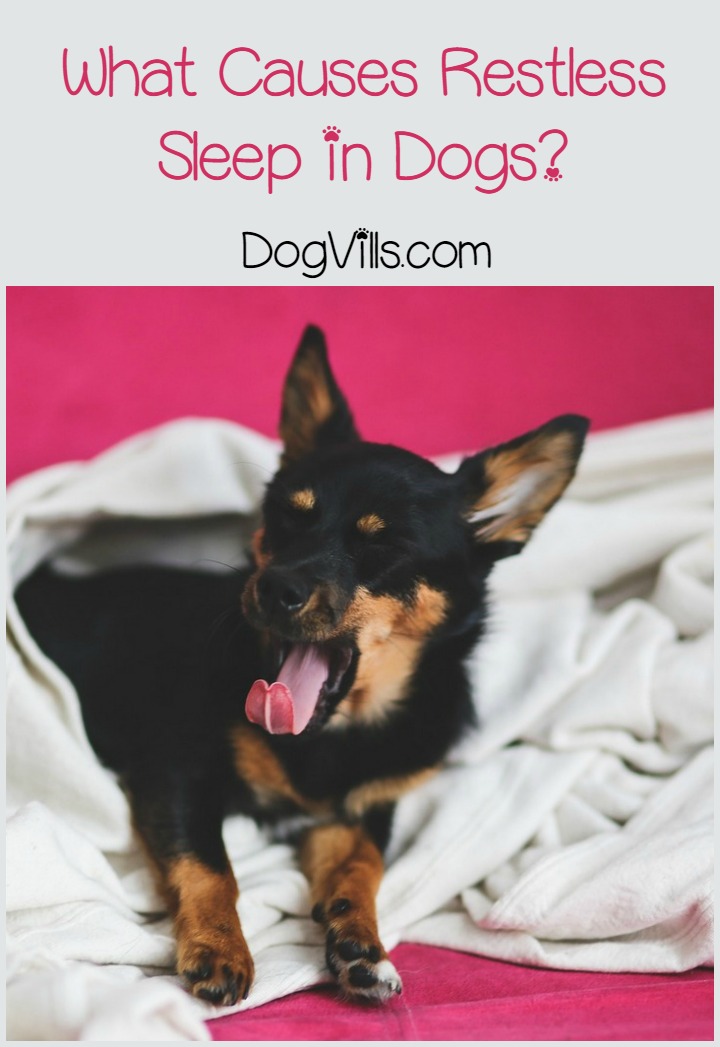 Restless sleep and pacing can be signs of distress in your dog. While dogs do seem to dream, a restless dog is probably not suffering from nightmares. Rather, they are probably experiencing some physical discomfort causing them to be unable to sleep.

My 16 year old girl is waking up at 2 am with what seem like night terrors. Nothing will calm her and she won’t even settle when I cuddle her. She’s awake until around 5 or 6 am and then finally falls asleep. I am at a loss of what to do and I’m becoming hideously tired as you can imagine. Does anyone know of anything I can ask my vet for that will make her sleep through. Any advice gratefully received.

I came across the above question in the forums from an owner whose 16-year-old dog had begun having what the owner called nightmares. To reiterate, her dog would wake up around 2 in the morning and then pace and cry until around 6 AM. This is most likely a physical problem, not nightmares. I can say this from personal experience.

Restless Sleep Can be an Indicator of Something More

I had a 15-year-old Maltese, who began getting up and down all night. He paced and vocalized. I took him to the vet on multiple occasions, but we could never find anything. This went on for a month, until finally, the vet did an ultrasound and found a mass on my dog’s spleen. So we have a physical component to the inability to rest that should always be considered.

Another factor to consider is changes in your dog’s mental state. Dementia can cause a variety of problems in an older dog including restless sleep and the inability to get comfortable in general. I have another personal example of this. When I worked at the vet, we adopted a senior Toy Poodle. Her owner fell and broke her hip, so she could no longer care for her dog. The dog was a sweetheart, but at the age of 22, she began to pace, vocalize, and sleep poorly. We also frequently found her stuck behind doors. With no physical abnormalities, the vet concluded that the poodle had dementia. So there is a brain component to consider in a do with restless sleep.

Restless Sleep – Nothing to Take for Granted

So the big thing to remember is that an elderly dog with restless sleep may have more going on than just age, although that could also be the case. A restless dog could be suffering from all sorts of physical ailments from sore joints to the irritated skin to a tumor-like my dog had. By the same token, it may be dementia. OR it may be nothing more than a little upset stomach.

That’s why it’s so important to see your vet if your dog has restless sleep. Your vet is the only person who can tell you what’s going on with your pooch so you can figure out what to do about it. Restless sleep could be a sign of all sorts of things, so see your vet right away if your dog becomes frequently agitated and uncomfortable throughout the night.

Do you have the experience to share about a restless dog? Tell us about it in the comments!