Putting dogs to sleep is a terrible decision that all owners have to make with almost every dog they own.

For most of us, it’s just something that we naturally do for our pets when their quality of life is impaired to an unconscionable degree, they are in extreme pain, or both.

However, first time owners or people who don’t own pets may not understand why putting dogs to sleep is a common practice at end of life.

In fact, I recently came across a question from a person asking why dogs were put to sleep instead of dying natural deaths like humans do.

I decided to write a post on this because while I recognize that this was just a question posed out of curiosity, several of the responses were quite brutal.

So, without brutality and nastiness, let’s take a look at why we put our dogs to sleep.

Why Putting Dogs to Sleep is Common

Let me first say that this is actually common with all pets, even horses.

As a professional in the vet industry, I saw dogs put to sleep for all manner of reasons, some more heartful than others. 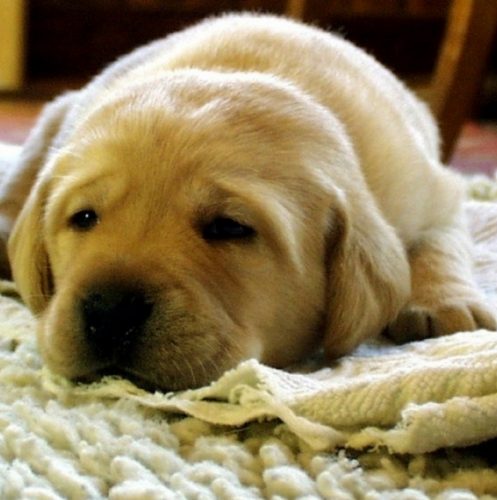 Dogs are most often put to sleep due to issues related to disease or infirmities that drastically impact their overall life.

These are times when it is far more humane to put the dog to sleep when he feels somewhat good that wait until his last days are filled with nothing but pain and suffering.

Unfortunately, this reason is far more common than you might think.

In my years of working at the vet, we turned away upwards of 30 people who came in wanting to put their dogs to sleep because they wouldn’t stop peeing on the carpet or chewing on the furniture.

And we did turn them away.

As any adult who’s lived on planet earth knows, people can be jerks, and they are willing to euthanize their pet to make life easier for themselves.

Obviously, I frown quite fiercely on this reason for putting dogs to sleep. If your dog turns out to be more than you bargained for, rehome him.

Putting Dogs to Sleep is the Kindest Option in The End

Putting dogs to sleep is the hardest decision we as dog owners every make.

And I can say from experience that it is a decision that is so kind for your dog.

When my dog, Velma was dying from a liver tumor, we waited too long to put her to sleep. She was tired, but she didn’t seem to be in pain. Unfortunately, her tumor erupted and before I could get her to the vet, even the emergency vet, she died.

It was full of discomfort and vocalizing. I have never felt so guilty or like such a failure as an owner. I failed her because I could not bring myself to put her to sleep.

I was selfish, and she paid the price.

Now I tell everyone on the fence about this subject that when you do it for your dog, putting dogs to sleep is the kindest thing you can do.

Have you ever made this difficult decision? What tips can you offer to ease the pain of putting dogs to sleep?