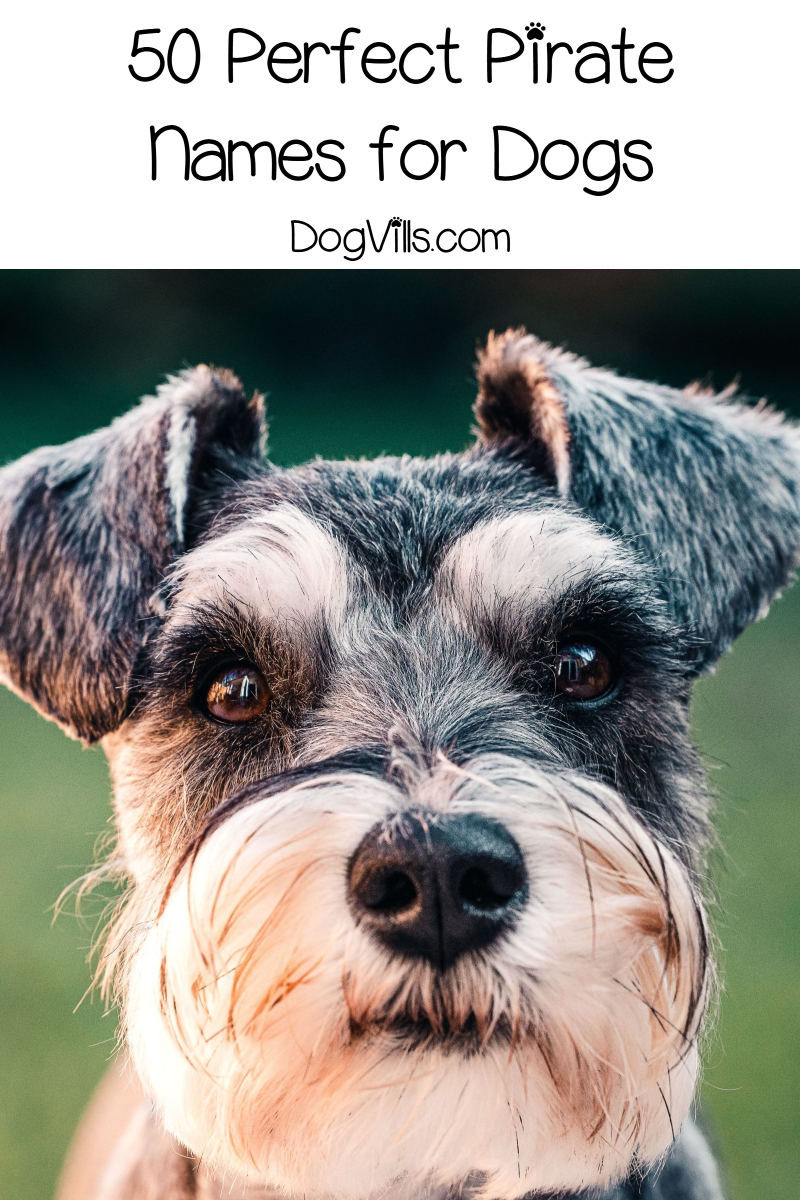 Get ready to say “Arggh,” ’cause we’ve rounded up the best pirate dog names ever!

Whether you’re a fan of Disney’s spin on the Pirates of the Caribbean or just love sea rovers in general , we’ve got you covered!

Read on for ideas for both male and female buccaneers!

You may also love these 20 Saltwater Names for Your Dog!

Pirate movies were very popular in the mid-2000s with Pirates of the Caribbean and all its sequels.

Does that mean their popularity has dwindled? Who could forget the quirky yet lovable character of Jack Sparrow and the ever-righteous Will Turner?

Or how about his beloved maiden who would stop at nothing for him, the lovely Elizabeth?

If you are fan of these whimsical characters and all the joy and hilarity they bring to the screen, then perhaps you have a penchant for pirates.

It’s only natural you may want to name your fur baby after one, so we have a few suggestions.

Some are famous pirates of yesteryear, others are buccaneer words that just sound like cool names.

Most of these names are rooted in fiction, but some have transcended the pages of books and TV screens to an ambiguous plane of existence between fact and fiction.

Let’s take a look at some female pirate dog names.

A lot of meaningful names we have on our lists, and there are a few more fierce female pirates than we thought existed! Which names did you find fitting for your dog?

Our favorites are Sparrow, Anchor and Loot for boys (that was hard for us to decide), and for girls we like Treasure, Delahaye, and Tiger Lily.

Share your favorite pirate dog names with us below!