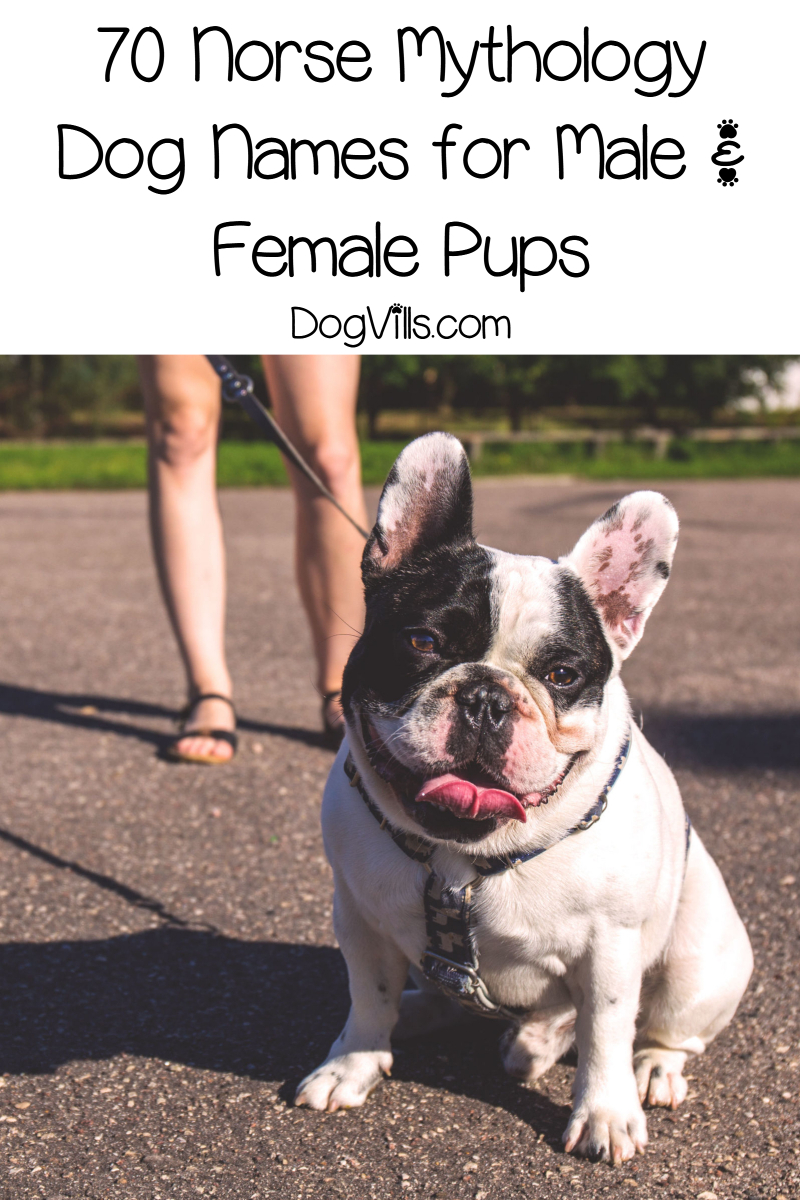 You’re in luck, because that happens to be one of my favorite types of mythology!

With powerful names like Thor and sweet names like Astrid (which literally means beautiful), there’s something for every breed.

Read on for 70 brilliant ideas for both male and female puppies!

Before you can decide if you want to choose a Norse mythology name for your dog, you need a little bit of background information on what exactly that is.

Gods from these countries tend to be powerful and known to be physically well-built and strong.

So whether you have a small or large dog, the name will emphasize his or her strengths.

To those who love the Avengers movies (myself included), you might be familiar with a Norse God by the name of Thor.

Think about his power and mightiness (since he claims to be the mightiest Avenger), and picture that for your dog.

Names such as Berserker, Tyr, and Mjolnir emphasize the strong and fierce characteristics of your dog.

However, for the more whimsical and clumsy pets why not choose Loki, Bragi or Suttung for more fun?

Now let’s zip on over to the other side of the coin and take a look at names for little girls.

Females are equally as powerful and magnificent as males in Norse Mythology.

Viking women and their Goddesses were known to exude great power. Let’s take a look at some of the names, shall we?

While the names may not sound too feminine in our English language, they are beautiful in Norse mythology and are named after great leaders and Goddesses.

I know some of you might prefer the more girly sounding names such as Frida, Freya and another one we are familiar with, Astrid.

Try to find one that suits your fur baby girl in every way.

For boys, Frey, Rune and Thor (of course) are among our favorites.

For the females, we love Freya, Kara, Mist and Verdandi (we love the way this last one rolls off the tongue).

Which Norse mythology dog names did you like? Did we miss any that you know of? Let us know in the comments below!