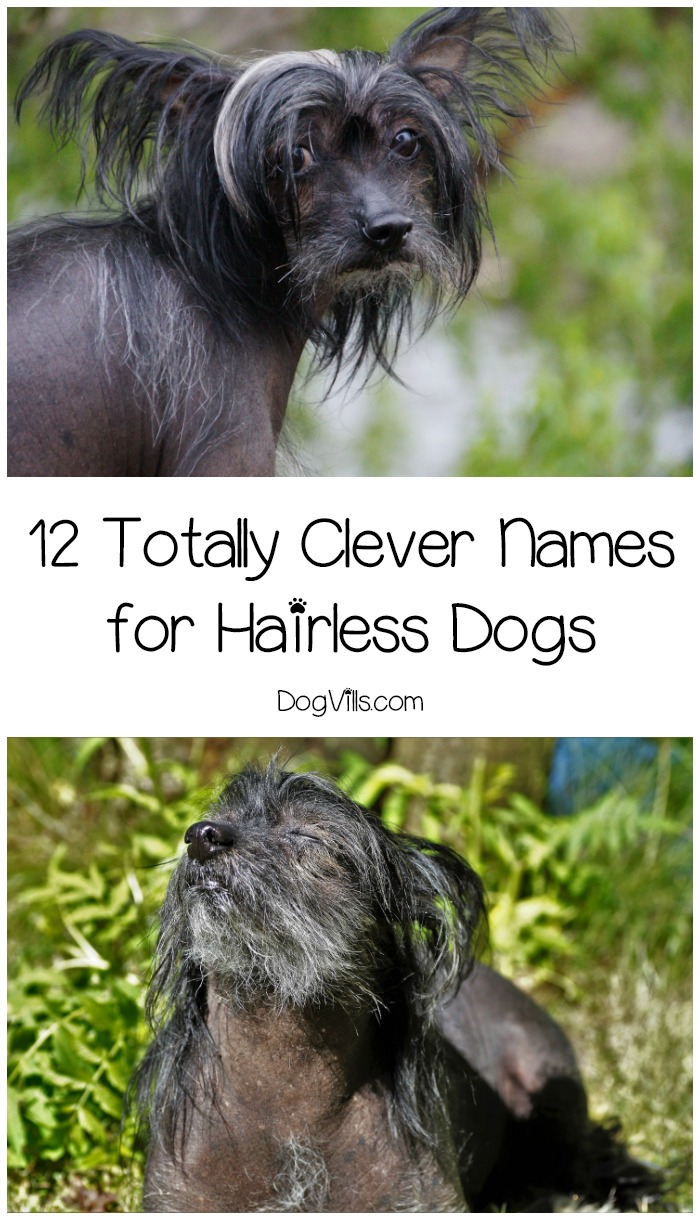 We had so much fun coming up with these names for hairless dogs! If you’ve recently adopted a Chinese Crested, Xoloitzcuintli, or one of the other hairless breeds, take a peek at what we’ve come up with for clever names! Some are obvious (Baldy, anyone?) and some are totally ironic. When you have a dog with such unique characteristics, you definitely have a lot to work with! Check out these 12 ideas!

While some of these names for hairless dogs will require a bit of back story or explanation (especially the female names), you have to admit that they are clever! Of course, you could go totally ironic and come up with fun spins on your favorite shampoo brands! Think Pantena instead of Pantene, or Rico Sauve (for Suave shampoo, but pronounced with the long “a” sound for the “e”).

Do you have any of the hairless dog breeds? What name did you go with? Share below!