Let’s talk famous presidential dogs! Have you ever noticed that just about every single President throughout history has had a canine companion? I think it must be in the rule book. Get sworn in, get a dog. Maybe it’s a way to make the most powerful man in the free world seem a bit more human, more down to earth. Just like celebrities with dogs. We see these super powerful and famous people snuggling their pets, and they seem more real to us, easier to relate to.

Plus, we all know pets can help soothe your savage soul. Who needs more soothing than the person who’s every decision could mean the difference between peace and World War III?  Whatever the reason, dogs have been residents of the White House almost as long as people have! Here are some of the most famous presidential dogs.

Related: Crazy Facts About Dogs Around the World

Our 4 Favorite Most Famous Presidential Dogs

Spot was an English Springer Spaniel, full name Spot Fletcher. Spot was the dog of George W. Bush, the 43rd President of the United States, who served from January 20, 2001, to December 21, 2000. Spot, who was named after Scott Fletcher, a retired MLB player for the Texas Rangers, was born on March 17, 1989, and passed away on February 21, 2004, after suffering several strokes and had to be euthanized.

Buddy was a Chocolate Labrador Retriever. Buddy was the dog of Bill Clinton, the 42nd President of the United States, who served from January 20, 1993, to January 20, 2001. Buddy, who one of two pets in the White House during the Clinton administration, with Socks the Cat being the other pet. He was born on August 7, 1997, and passed away on January 2, 2002, after he was struck by a vehicle.

Fala was a Scottish Terrier, belonging to Franklin D. Roosevelt, the 32nd President of the United States, who served from March 4, 1933, to April 12, 1945. Fala was born on April 7, 1940, and passed away on April 5, 1952, after being euthanized due to failing health as well as deafness. A statue of the dog is currently showcased in Washington, D.C. at the Franklin Delano Roosevelt Memorial. 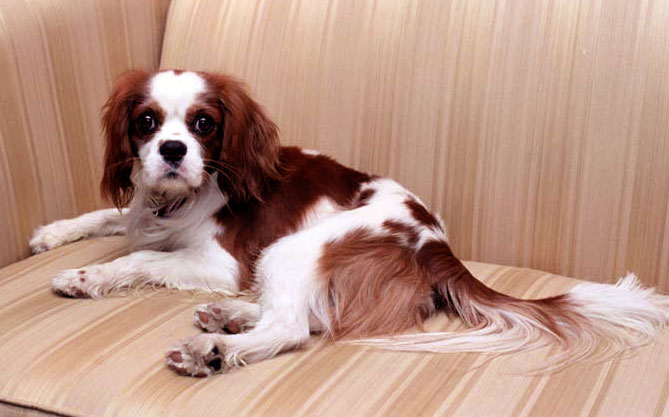 Rex as a Cavalier King Charles Spaniel, who belonged to Ronald Reagan, the 40th President of the United States, who served from January 20, 1981, to January 20, 1989. Rex was born on December 16, 1984, and passed away on August 31, 1998, after being euthanized due to an enlarged heart as a result of mitral valve disease.

Did you know any of these fun facts about the most presidential dogs? Do you have any cool dog trivia of your own floating around in your head that you want to share? Tell us in the comments!