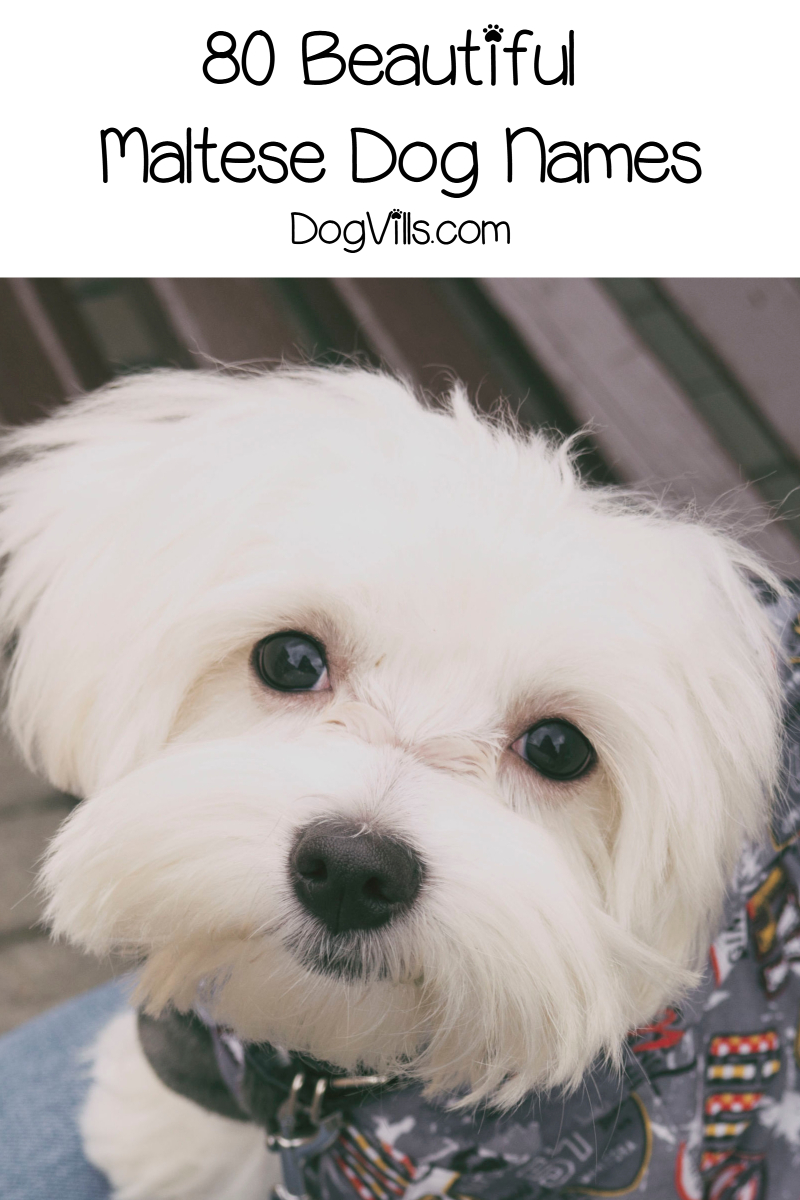 If you’re looking for some amazing Maltese dog names for your new puppy, you’re going to love our list!

Whether you’re looking for ideas for your Maltese pup OR inspired by Malta itself, we’ve got you covered.

We’ve come up with a whopping 80 ideas, with plenty for both males and females.

You’ll find the perfect idea below.

According to I Heart Dogs, the Maltese ranked among the top 20 most popular dog breeds of 2019.

This small breed of dog originated from the island country of Malta, Italy. However, it’s not the only one!

Since Pharaoh Hounds are relatively rare in the US, we’re going to assume you’re searching for Maltese dog names for the actual Maltese breed.

That said, if you are here searching for the names for the latter breed, we’re also including some great names straight from Malta itself.

Some of these names are inspired by the Maltese breed’s signature white color. Others by names and places in Malta.

Whether you choose from names inspired by your Maltese dog’s color or directly from their origins, you can’t go wrong with any of these ideas!

What are your favorite Maltese dog names? Share below!