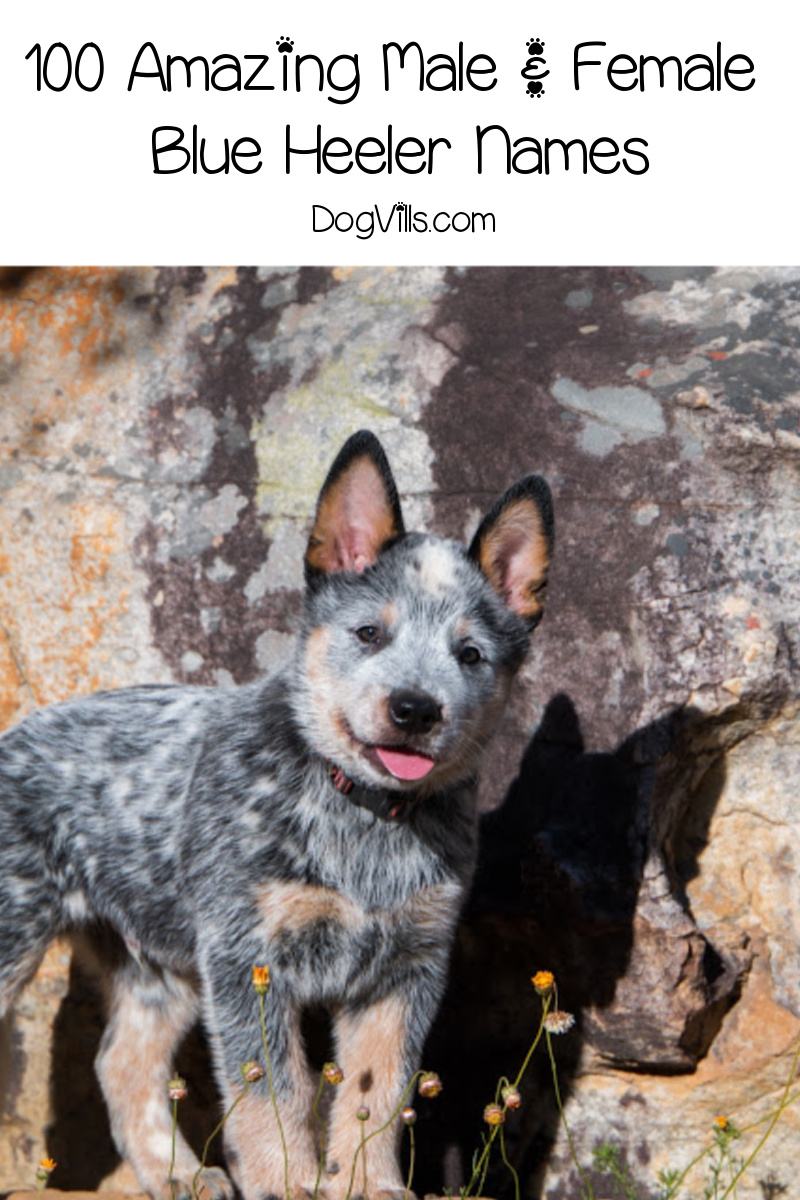 If you’re searching for some of the best male and female Blue Heeler names, we’ve got you covered!

Below, we’re diving into 100 adorable ideas inspired by everything from their color to personality.

I just know you’ll find something you love.

Since Blue Heelers are also known as Australian Cattle Dogs, we chose some of the most popular names from Down Under.

We also picked out names based on your new pup’s coloring and sweet disposition!

Zoe is one of my favorites! I also really Makiyayi!

You could always shorten it to Maki! So pretty!

For the boys, we did the same thing.

We looked at some of the most popular Australian names first.

Then, we took inspiration from their herding tendencies as well as their patchwork coat!

I really love all the unique names that mean blue, but my favorite of all is actually the popular Australian name- Ces.

What are some of your favorite male and female blue heeler names? Share below!