Living with a Rottweiler is something that I have heard many people ask questions about.

They usually say things like “Isn’t it worrisome to leave with such a dangerous breed?” or “Rottweilers are so dangerous! I’ve heard terrible stories.”

That’s usually the point at which I begin telling them that the stories they have heard invariably involve animals who are poorly socialized or who have been trained to be aggressive.

Because of their size, power, and intimidating appearance, Rottweilers have gotten the same bad wrap as other powerful breeds such as the Pitbull and Staffordshire Terrier.

They are unfairly classified as dangerous animals that are prone to aggression and violence towards other animals.

Let me break it down. 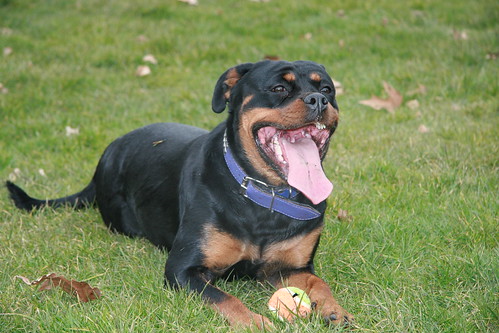 This is an absolute falsehood.

In fact, a properly socialized Rottweiler is friendly towards all people who deserve it. By “deserve it,” I mean that a Rottweiler will observe strangers to suss out their intentions.

Rotties are a watchful breed, and their trust must be earned. This doesn’t mean that a Rott will growl or be otherwise aggressive towards strangers or other animals.

Rather, it means that a Rottweiler is not the kind of dog that indiscriminately rushes people with his tail wagging – although, some do. 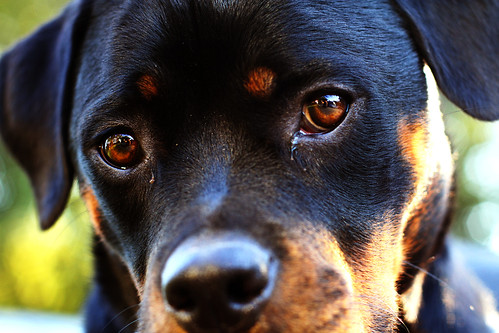 The Rottweiler is a tenacious guardian of his loved ones and space, however. This is not a breed that will greet intruders at the door with a lolling tongue and a wagging tail or that will sit by while his owner is attacked.

Instead, he will take appropriate measures to protect himself and his family against a threat.

This may be where the breed has gotten an erroneous reputation as a violent animal. The breed also definitely gets a bad rap from people who raise Rotts to be “guard dogs” by encouraging aggressive behavior. 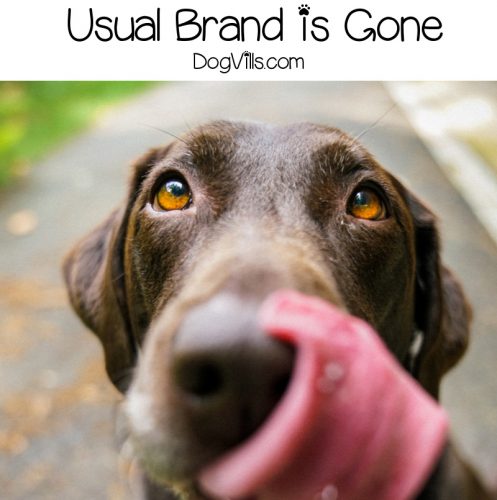 Dog Food Alternatives: What to Buy When Your Usual Brand is Gone

Dangerous to Other Animals

Again, false. Almost ANY dog can be aggressive towards other dogs if he is not properly socialized. In the case of a “guardian” breed like the Rott, it can be even more so.

It’s all about proper training. 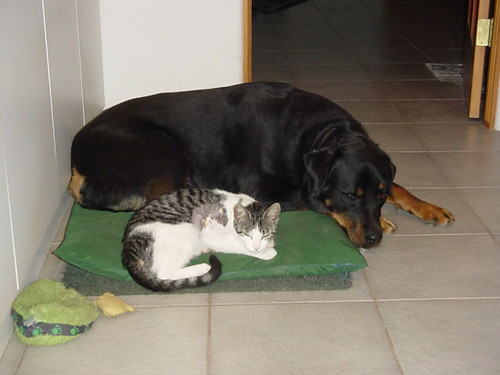 One thing to note is that as a Rottweiler is a watchful, protective breed, proper socializing is not an option.

It is an imperative. It’s up to the owner living with a Rottweiler to ensure that their dog is introduced to lots and lots of people, dogs, cats, Guinea pigs – whatever. Any and everything. A Rott MUST be socialized to avoid excessive protectiveness.

Unsuited for Families with Children

This is another false assumption perpetuated by poor training and irresponsible owners.

While living with a Rottweiler does require a little more vigilance when guests come over – at least until you Rott has had a chance to get used to them – Rottweilers are perfectly wonderful family dogs.

In fact, they adore their families – kids included. While they may be reserved with strangers, Rotts are loving to the point of doting on their family members and will tolerate quite a bit from children.

The Rottweiler is a large, powerful breed to be sure, but that doesn’t make them inherently more dangerous or aggressive than any other breed of comparable size.

And that falls on the owners. If you are considering a Rottweiler, be aware that you MUST make plenty of time to adequately socialize him. If you do, living with a Rottweiler will be a wonderful and safe prospect for your family, your visitors, and random people you meet on walks.

Do you have any favorite stories about living with a Rottweiler? Share below!