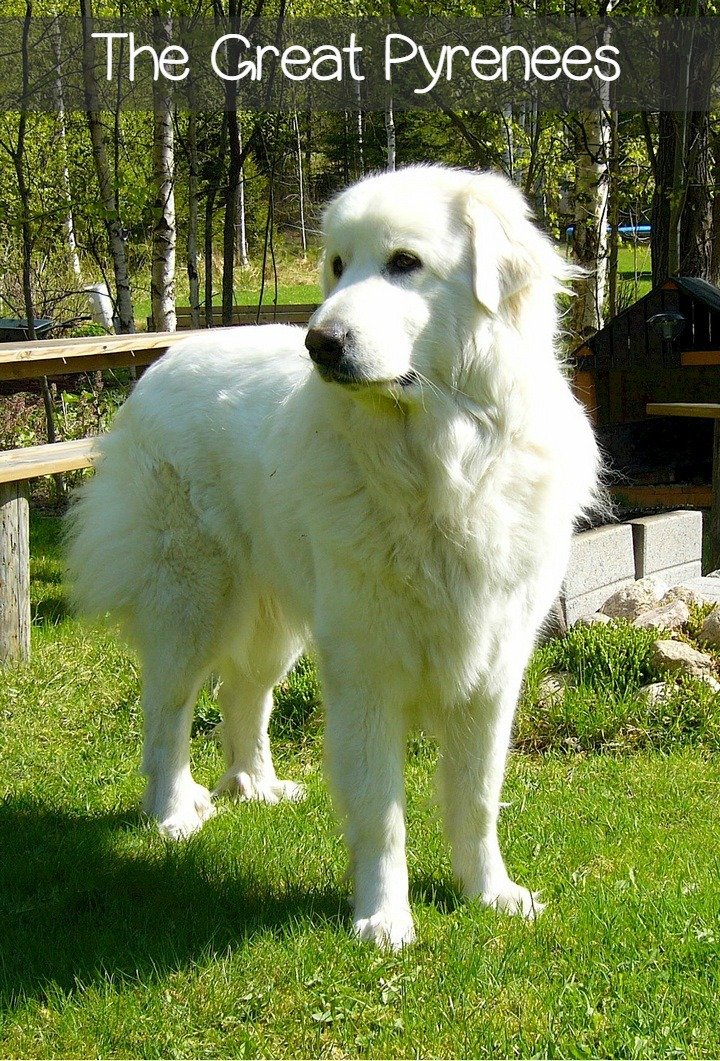 The Lowdown on Great Pyrenees Dogs

This is a breed that was fairly made for family living. It’s origins are of a livestock guardian, and that, coupled with its propensity for love and devotion, makes it an excellent furry family member.

The first mentions of Great Pyrenees dogs dates back to 1407. This old breed was a guard dog used by the Basque people to guard sheep in and around the Pyrenees Mountains of southern France and northern Spain. Because of the need for a dog that could fight off potential threats and also keep up with the sheep on the rocky slopes, the Great Pyrenees was bred to be both large and agile.

Great Pyrenees dogs are loving to the extreme and as protective as it gets. They will vigilantly protect the family – especially the kids, whom they fawn over – from any real or perceived invaders such as mailmen, squirrels, leaves, shadows, etc. Although highly protective, this breed seems to have an innate ability to recognize what are true threats and what are not.

Although the breed has a natural mix of protectiveness and friendliness which makes it great for families, proper socialization is key to ensuring that its protective instincts don’t turn into something more serious like unwanted aggression or fear.

While Great Pyrenees dogs are protective and loving to the point of doting, they are also quite stubborn. This is not the breed for a first time dog owner. In fact, it’s a breed that requires time and dedication. They are huge, so they must listen to their masters.

Great Pyrenees dogs are big. In fact, they can top out at around 160 pounds for the really big boys. That’s even bigger than the Newfies I talked about last time. That’s why training is key. With a dog as big as a Great Pyrenees, you need to be in control. With a dog this size, happiness can be just as dangerous as aggressiveness.

A side note on size is that although this dogs are big, big, big. They make great indoor pets. Sure they need exercise, but when they’re indoors, their laid back personality makes them extremely easy to live with and extremely easy to keep the furniture intact.

Although this breed needs to stay active, this isn’t a dog that’s going to destroy the house if it doesn’t get in a walk. Okay, maybe when it’s a puppy, but after that? No. For a breed designed to work, Great Pyrenees dogs are on the lazy side. They only need moderate amounts of exercise like a good walk or a game of fetch in the backyard. Otherwise, they’re content to loll around the house and veg.

Great Pyrenees dogs are generally healthy, by an large being prone to what almost all large breed dogs are prone to. In addition, they are relatively long lived for a dog of their size, with a lifespan of up to 12 years.

Although the breed is more prone to the following, it doesn’t mean your dog will have any of these.

Great Pyrenees dogs were bred to live in the mountains, and as a result, they have a double coat which needs regular brushing. This helps keep the fur and dander down, and it also serves to keep your pooch looking its best. All other standard grooming points apply such as regular nail trimmings, weekly or bi-weekly baths, brushing the teeth, and ear cleaning.

If you have the patience to deal with a bit of a stubborn streak, Great Pyrenees dogs are one of the best breeds around. Although they can be slow on the uptake, once they are trained, they’re trained for life. When you couple that with their intensely loyal, protective, and loving nature and the fact that they are low energy for such a large dog, you’ve got a recipe for family dog success.

As always, make adoption your first option. Great Pyrenees dogs might now show up at your local shelter, but you can almost always find breed specific rescue sites online. There are so many dogs out there that need forever homes, you can probably find several Great Pyrenees dogs that could use a home, as well.

Do you have a Great Pyrenees? Tell us what you love about this large breed dog!