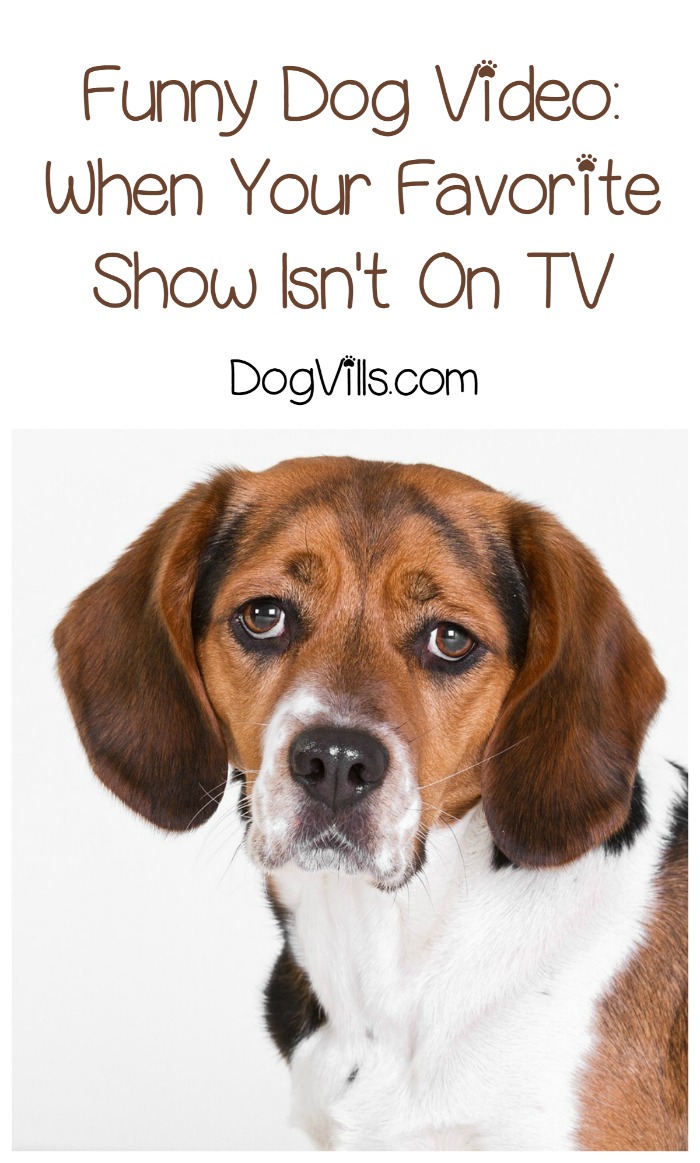 Today we have another funny dog video for you! This is one of the cutest videos I have seen. I have a small dog that seems totally fascinated with some shows on television. This video is only 0:13 seconds long but this little guy is obviously not happy about what is on TV. Maybe he’s upset because his favorite show wasn’t on? Check it out, then read on for more cute videos!

Some dogs will just sit there and stare at the TV making whimpering noises every now and then, while others will constantly bark at whatever catches their eye on TV. But do dogs really understand what they are watching? In 2013, there was a study that was published in the Animal Cognition Journal that showed that dogs at least have the ability to identify images on the television of other dogs and other animals. Dogs do not see colors like we do but instead they do see movements a bit more accurately than humans. Also, dogs are far-sighted so pictures on the TV that are close-up may be somewhat fuzzy looking to a dog.

Check Out Some Other Cool Videos of Dogs Watching Television

Dog Barking at TV– This video is 2:10 in length and has 5,028 views to date. It shows a cute dog that sees another dog on TV and is barking at it.

Dog Barking at Tv Over and Over Again– This video is 1:33 in length and has 14,141 views to date. It shows a sweet German Shepard that enjoys barking at other dogs on television.

Dog TV Barking- This video is 0:41 in length and has 1,271 views to date. It shows a cute dog named Aris that always barks at other animals on TV.

Funny Video Cute Dog Barking at TV– This video is 0:56 in length and has 1,092 views to date. It shows a cute dog that likes to bark at other animals on the television.

Do you have a funny dog video of your pooch watching TV? Does your pup do anything strange during certain shows? Share in the comments!