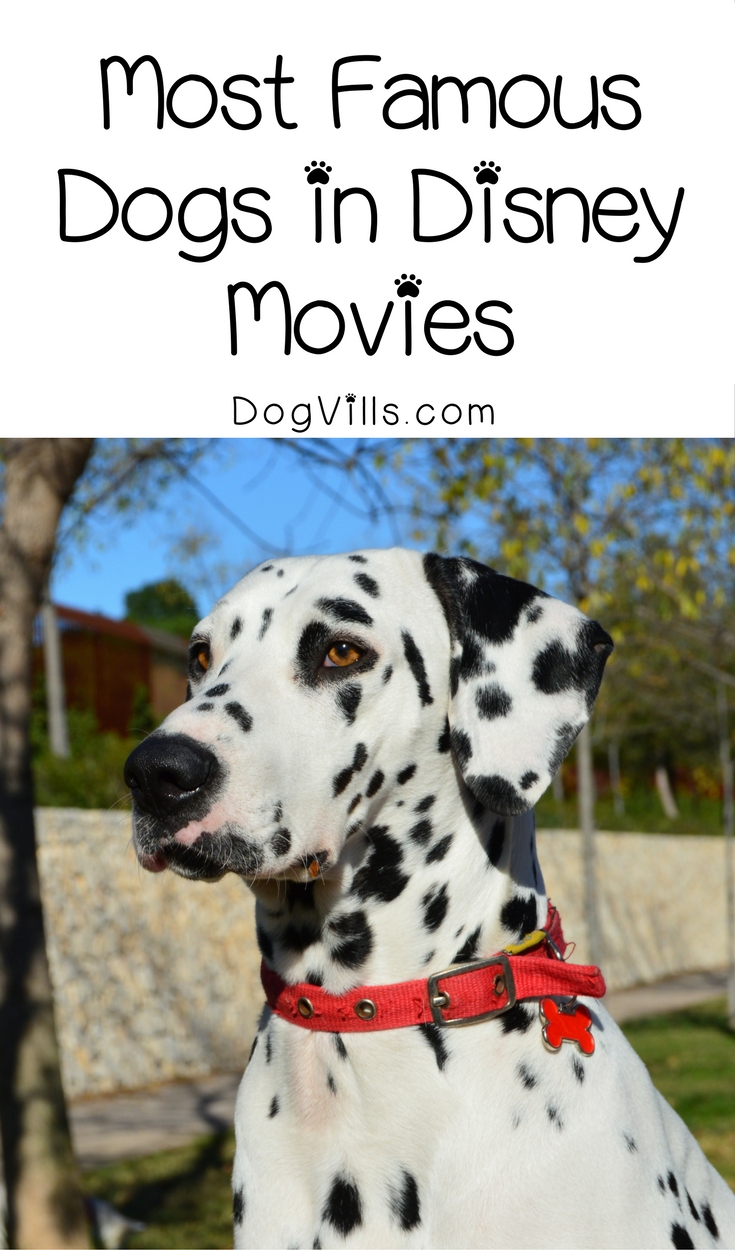 Wondering which are the most famous dogs in Disney movies? So were we! With 80 years of film-making under their belt, countless dogs have gone on to reach celebrity canine status thanks to Disney flicks. Still, some pooches definitely stand out more than other. These five Disney dogs have gone on to become iconic. Check them out and see how many you remember from your favorite childhood movies!

Related:11 Things You Didn’t Know about the Most Famous Presidential Dogs

Affiliate links included below. Thanks for your support!

Okay, before we get started with the list of the most famous dogs in Disney movies, let me explain two notable exclusions: Goofy and Pluto. Yes, they are probably THE most famous Disney dogs, BUT they haven’t really been in any epic “timeless classic”  Disney movies. I’m not counting the seasonal specials that Disney used to put out, like Mickey’s Christmas Carol

or Once Upon a Christmas

. Does that make sense? Let’s get on with the show!

and the 2001 Lady and the Tramp II: Scamp’s Adventure. Lady belongs to Jim Dear and Darling Brown and is voiced by actress Barbara Luddy in the 1955 movie and Jodi Benson in the 2001 movie. She is the mate to Tramp and mother to Scamp, Annette, Collette and Danielle.

Pongo is a Dalmatian that appeared in the 1961 101 Dalmatians

, the 1996 101 Dalmatians and the 2003 101 Dalmatians II: Patch’s London Adventure. Pongo belongs to Roger and Anita Radcliffe and is voiced by Rod Taylor in the 1961 movie and Samuel West in the 2003 movie. Pongo won the 1997 Nickelodeon Kids Choice Award for Favorite Animal Star. He is the mate to Perdita and father to 15 puppies including Patch, Lucky, Fidget and Penny.

Copper is the Hound part of The Fox and the Hound

, a 1981 “buddy drama” about an unlikely pair of friends. The story proves that sometimes love and friendship can overcome even the deepest instincts, and highlights the struggles between the pair. Of all the famous dogs in Disney movies on this list, Copper was always my favorite. I used to cry every time I watched this movie.

are adorable little golden retriever puppies that go on incredible adventures. They’ve been to space, trekked across Alaska, saved Christmas, and dug up ancient treasures. Did you know, though, that the franchise all started with a movie that centered on the life of a real dog? Air Bud

, a family flick about a basketball-playing Golden, launched the entire Buddies mania. All of the Buddies movies are spin-offs from that original series. The Buddies puppies belong to Buddy (along with his canine wife, Molly).

While those are our picks for the top five most famous dogs in Disney Movies, there have been hundreds of pups featured throughout the years. A few more notable Disney dogs include:

Just about all of these would make great family movies for dog lovers. Except Old Yeller. Seriously, that movie wrecked me for life. I don’t think any child should be subjected to it. Eight Below gets a little dicey, too, so you may want to hold off on that if you’re watching with little ones.

Did we miss any of your favorite famous dogs in Disney movies? Tell us below!