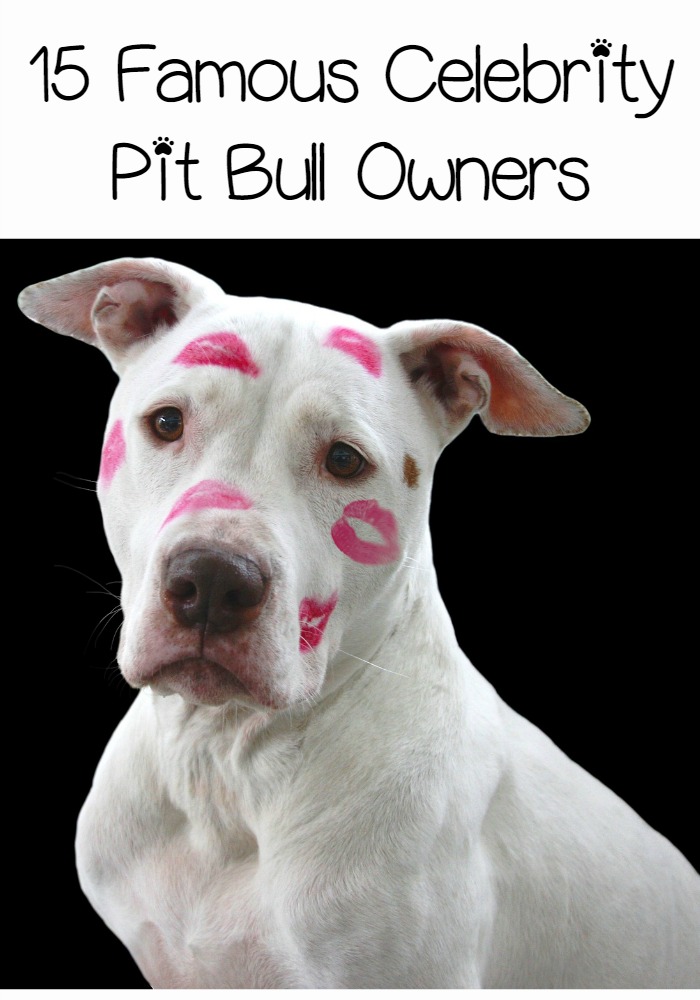 Wondering who among the famous are loyal to pits?

For you doting Pit Bull parents out there, we’ve compiled this sweet list of celebrity pit bull owners!

Over the years, there has been a wide-ranging assortment of celebrities from all walks of life and various professional careers who have been proud pup parents to the bully breed.

Everyone from famous athletes and acclaimed authors to actors/actresses and even politicians has fallen in love with Pit Bulls touting their relationships to the masses.

One of the most popular talk show hosts on daytime television is now contributing to the war waged on dog fighting. Dr. Phil has even taken the time to shine a spotlight on the issue on his show confronting many dog fighters himself.

After the Supreme Court’s ruling on the selling of dog torture videos, the beloved friend of Oprah blogged that it made him “sick to his stomach.” The video below is from Dr. Phil’s segment where he confronted dog fighters. Warning: it does have some upsetting and graphic footage.

The acclaimed stage, screen, and film actor is not just any bully breed lover. He credits his dog Shadow for saving his life. His wife Linda, a retired stuntwoman and overall animal enthusiast had to put the heat on her husband, Ken Howard to finally adopt Shadow.

It’s a good thing they did because, in the summer of 2000, Howard suddenly required a kidney transplant. The condition had caused him to collapse. Lying face down drowning in a pool of his blood, Shadow hurried down the stairs and alerted Linda by growling until she followed him up the stairs.

Ken Howard was discovered in enough time to get life-saving medical treatment that would allow him to make it to his future transplant success.

It’s probably not all that surprising that the former president is widely known to be an animal and nature lover from the very beginning had a pit bull called Pete. Despite Teddy’s kind and compassionate nature which was so quickly noticed, the dog helped him maintain more of a tough guy image.

Well, that is until Pete caused an incident in diplomacy by tearing the seat of the trousers of a visiting French ambassador. Fortunately, no international conflict ignited over it. Instead, just for safety’s sake, Pete moved to Roosevelt’s Long Island home to avoid possible repeat performances.

Another friend of Oprah, the 30-minute meal guru, and TV personality isn’t at all shy about her love for her fur baby, Isaboo or her general adoration for all animals. She’s often seen on her show speaking out on breed specific bans.

It’s even said that one singular on-air mention of the Unexpected Pit Bull organization which has devoted itself to giving the pit bull breed an active public voice, and truthful image led to their 2009 calendar selling out completely. Keep in mind that 100% of these proceeds are donated to the breed’s rescue and advocacy groups. Isaboo is even Ray’s official dog food taste tester!

These aren’t the only celebrity pit bull owners! Check out more celebs who pledge loyalty to one of the most loyal breeds around!

Do you know of any other celebrity pit bull owners that we missed? Share in the comments!