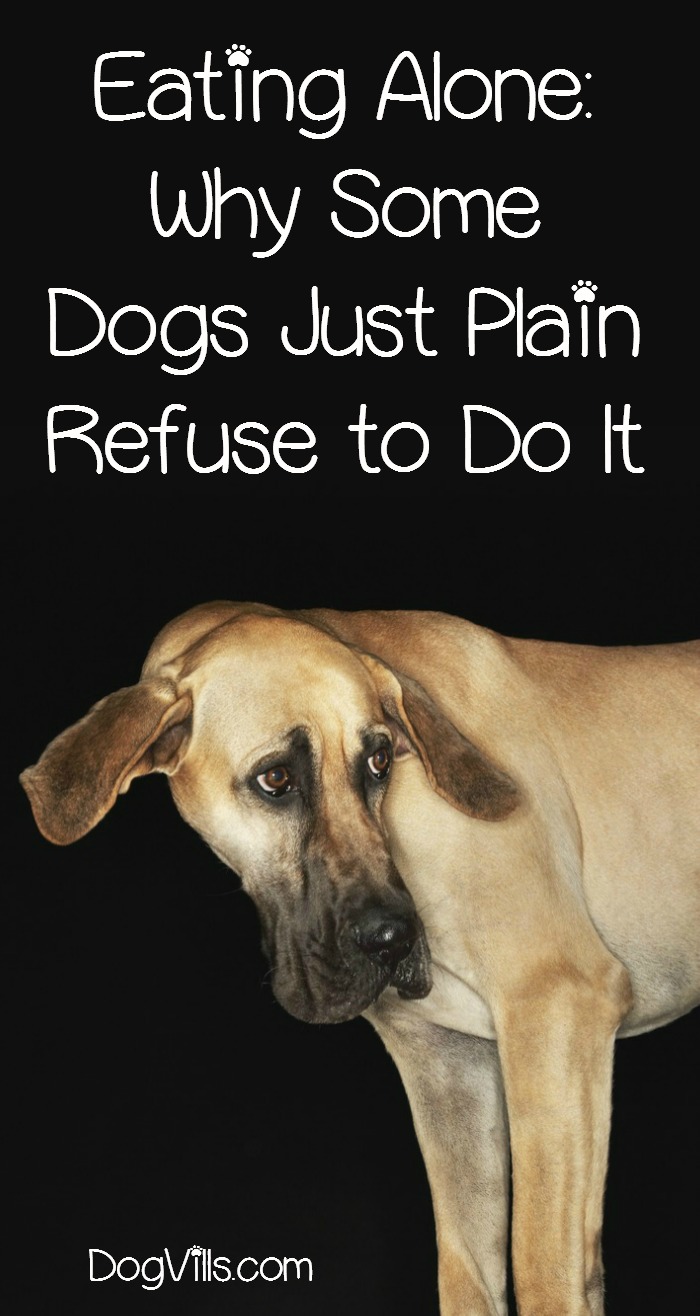 Eating alone is something that some dogs just won’t do. As food motivated as many dogs can be, it might be surprising to you, but it’s true. Some dogs will only eat if their owner is in the room or standing next to them. In fact, it’s quite common. I see this question in the forums quite often, so I thought it might be time to address it here.

Why Eating Alone Isn’t an Option for Some Dogs

All dogs have different levels of independence. While one dog may not care if you’re standing next to him or in another country while he eats, another may not be able to even think about food if you’re not within eye shot. This desire to eat with the owner may be more prevalent in rescue dogs, but that doesn’t mean it’s a bad thing. It’s actually quite normal.

Dogs are pack animals, and as such, they’re all about doing everything as a group. They look to us for their cues, their comfort – pretty much everything. They love to be with their pack at all times. While that usually means your dog enjoys a good game of fetch in the backyard and a good cuddle on the couch, it can also mean that he’ll only eat if you’re in the room.

Sometimes a dog won’t eat alone because he doesn’t want to miss out. he may have formed an association somewhere along the way that when you leave the room, you’re going to go do something FAR more interesting to him than eating kibble. Therefore, he’ll always drop eating in favor of following you around to be ready for the fun that he just KNOWS is coming.

And now we come to the one that most people think of when they think of a dog who’s not into eating alone. Some dogs, especially those who have spend extensive time in shelters or who have been neglected, have intense separation anxiety. They can’t even handle being in a different room from their owner. Which means, that they will leave their food behind just to get that sense of security that comes with seeing their owner.

Eating Alone Just Doesn’t do it for Some Dogs

If eating alone is a no-go for your dog, don’t be concerned. It’s a natural thing that many dogs have. In most cases, it’s completely workable. I know many owners who have family dinner complete with their pooches. It’s just a natural offshoot of the pack mentality. In the case that it becomes unmanageable due to a refusal to eat, an inability for you to be there at feeding time, or as a result of severe separation anxiety, speak with your vet about a reputable dog trainer who can help you overcome the issue. If however, your dog just loves a sit-down family dinner, go with it.

Do you have a dog that has issues with eating alone? Share your experiences below!

Want To Save Money On Dog Treats? 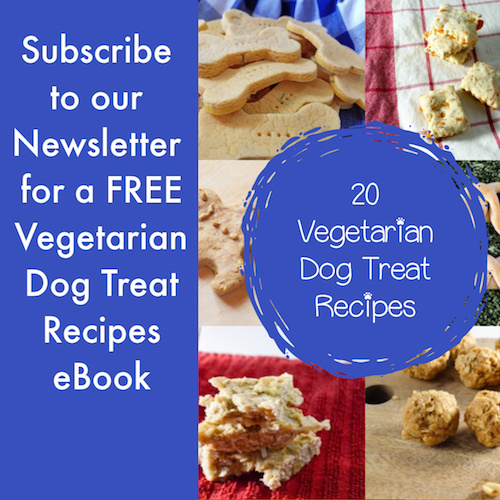