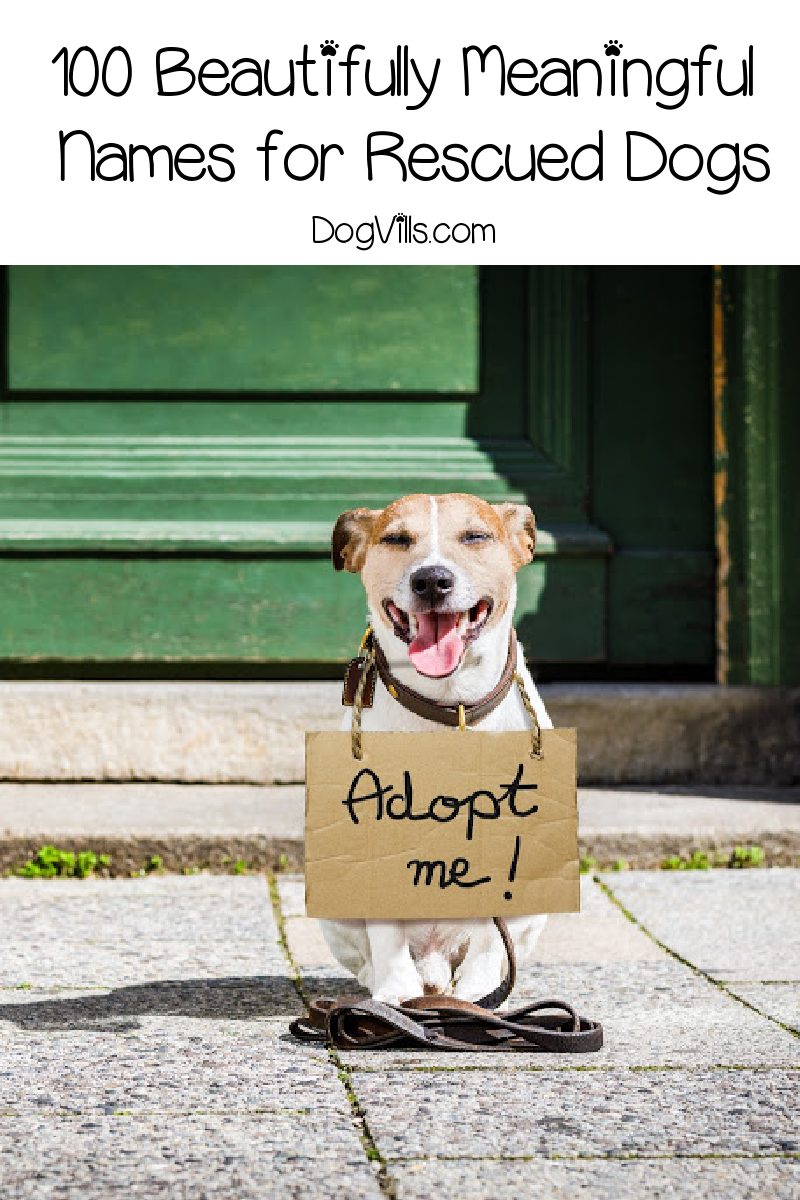 We’ve rounded up some beautiful and meaningful for your newly adopted canine companion!

There are 50 each for male and female rescue pups, so you should have no problem finding the perfect fit!

As far as ideas with great rescue dog meaning go, you can’t get more perfect than Phoenix!

For dog rescue name ideas (like, if you’re planning to open your own rescue shelter), I really love Salvata.

I hope you enjoyed these rescue names for dogs! If you have any other ideas, tell us below!

By the way, all of these are also perfect dog rescue name ideas for those starting a new shelter!

What are your favorite names for rescue dogs? Share below!