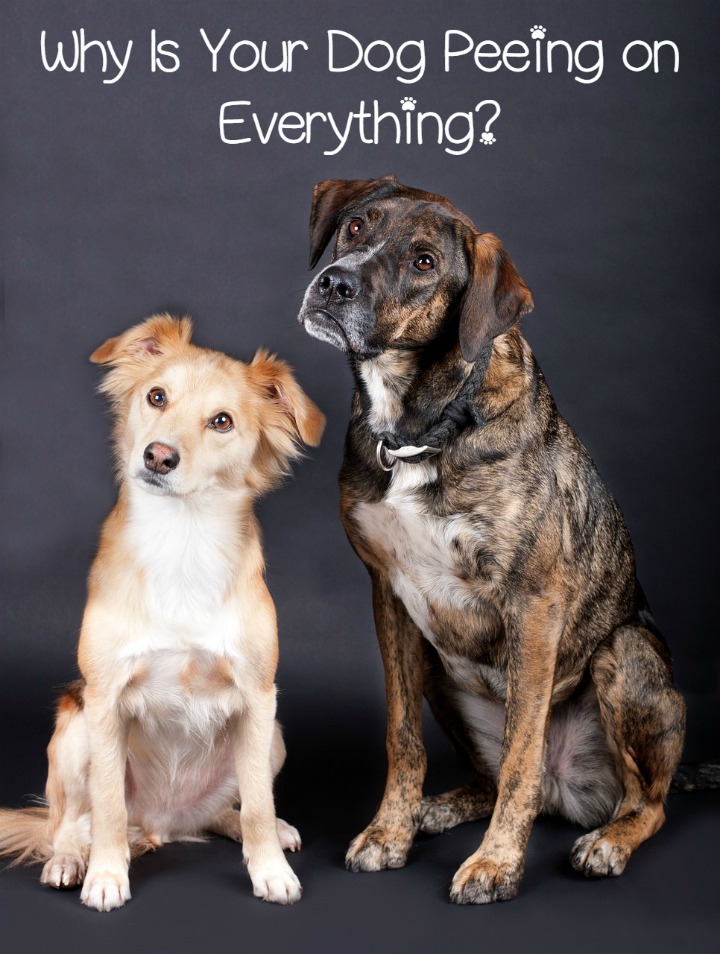 Dog peeing can be a total nightmare. It’s difficult to clean out of upholstery and carpeting, and it makes your home smell like a kennel. Today, I’m going to address your dog peeing indoors due to aggression and territorial issues.

I came across a question in the forums regarding an owner with two male dogs who don’t get along. The males will get into scraps if they’re left alone, and they generally dislike one another. The owner is having a problem with her dog peeing in the house to assert its dominance. However, it doesn’t end there. The same dog also pees in other areas like hotel rooms.

Dog Peeing due to Aggression – Address the Issue

The form of indoor urination describe by the poster is 100% due to aggression and territory. The problem is a combination of the dog’s willingness to mark his territory, no matter his training, and the constant on guard state that he and the other dog are in because they don’t gel. There are some ways to address the aggression and territorial tendencies that cause indoor dog peeing, however.

As with all dog issues, indoor dog peeing is rarely what it appears to be. This issue can be caused by anything from a urinary tract infection to issues with other dogs in the home. If you’re having this issue with your dog, the first step is to take him to the vet to eliminate all possibilities. For example, a client once came in to the practice with her two dogs because one of them was constantly peeing in the house and she couldn’t figure out why. While in the waiting room, her two dogs erupted into an all out brawl. Her response was, “They do this all the time!” Needless to say aggression was the core issue of her dog peeing problem.

Speak with a Dog Trainer

If you find that your issue is related to aggression and territoriality, get in touch with a dog trainer who is well versed in dog aggression.  The last thing you want to do is try to correct indoor dog peeing on your own. That’s because it’s almost always a symptom of something bigger. You need the help of a professional so you can resolve the issue rather than inadvertently making it worse.

I know this isn’t what any dog owner ever wants to hear, but sometimes the best, most responsible answer is to rehome. In the case of indoor dog peeing being the only issue between your dogs, I wouldn’t advocate for it. However if it is only one of many symptoms which includes overt aggression, nipping, or all out fighting, sometimes the best thing to do is rehome. You have to take your feelings out of the equation and look at what’s right for your pups.

Sometimes, excessive aggressive tendencies can be addressed with medications. That can also help alleviate indoor dog peeing due to aggression. We had a dog who was quite aggressive with the other dogs when he wanted something. In the end, we put him on Clomicalm. While it didn’t completely remove the aggression, it did make it manageable.

Indoor Dog Peeing Should Be Addressed

Have you ever dealt with indoor dog peeing? What did you do to get your dog past it?