Which dog breeds pass the most gas? To answer that question, we really need to delve into the whole reason why dogs get gassy! Overall, owning a dog is pretty amazing. You get the companionship of an animal that truly cares for you and relies on you, and you also get the unconditional love that comes with it. However, as with owning any pet, there are some negatives that can come along with owning a dog. One negative that doesn’t get talked about much but can be a real problem sometimes is just how much dogs can be flatulent. Not all dogs are exceptionally flatulent, but some can really cause some issues.

While people might take social cues and not pass gas if they are with a bunch of people, dogs have no such conscious. If they feel it coming, they let it rip, which can lead to some uncomfortable situations. While many people might claim that certain dogs are more flatulent than others, this isn’t really the case. In fact, the type of breed matters little when trying to determine which dogs are the gassiest.

What Makes a Dog Particularly Gassy?

There are many different reasons why a dog might pass gas, but the breed of the dog really doesn’t matter that much. Two of the most common reasons why a dog will be flatulent are because of swallowing too much air and their diet. There can be other reasons such as an illness or diseases, which is why it’s a good idea to take your dog to the vet often, especially if you notice any big changes in their flatulent behavior. 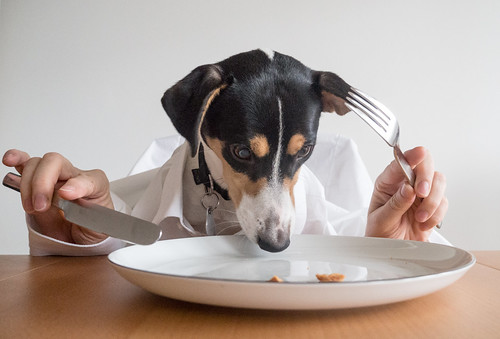 When any animal or person swallows a lot of air, or air begins to bubble up in their body, it needs to go somewhere. Most of the time this is either burping or farting. While dogs don’t inherently swallow a lot of air, there are some reasons why they might. For example, if your dog tries to eat very quickly for one reason or another, it is likely they will also swallow a lot of air and thus need to pass gas.

However, as mentioned earlier, it might actually be your dogs’ diet itself that is causing it to be extremely gassy. If the diet of your dog is high in soy, starches, corn and other carbs, can lead to higher gas production. It is a good idea to feed your dog a high-quality food that has meat as the first ingredient. Also, opting for an easily-digestible diet can help aid in gas reduction.

5 Dog Breeds that Pass the Most Gas

While being flatulent here and there is normal for dogs, it is definitely not something you want them to make a habit of. And while we mentioned diet and other things are the leading causes of farts in dogs, there are a few dog breeds out there who seem to love passing gas more than others including:

Do you have any of these dog breeds that pass the most gas? How about a different breed that is particularly odorific? Share below!