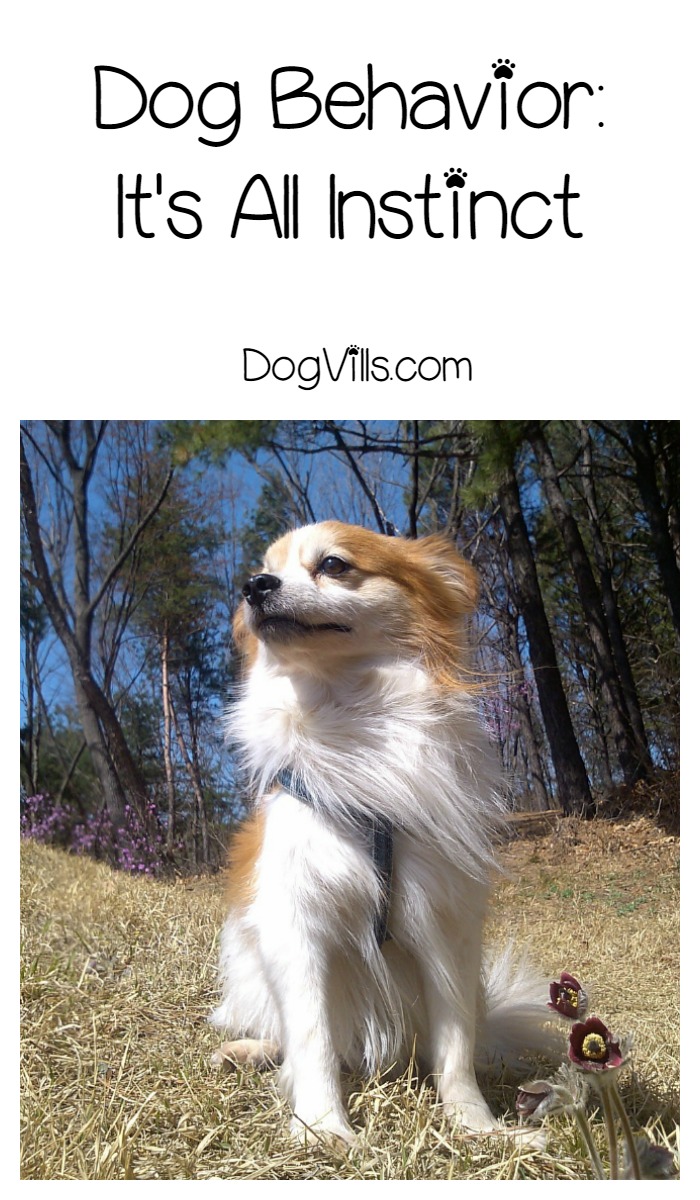 Dog behavior is something that we haven’t really talked about overly much here. But today, that’s exactly what I want to talk about. That’s because people often forget that dogs are animals whose every action is controlled by instinct. We put our human brain and how it functions on to our dogs because they become part of our family. We begin to feel that they’re almost human. They are not. Dog behavior is purely driven by instinct, and that can really be driven home by the following question that I came across in a forum post today.

My dog just killed my cat after 6 years of cohabitation with 0 issues. I don’t know why this just happened. The cat and my dog have cohabitated for nearly 7 years. Not a single sign of problems. We just bought a house and moved in. I came home and my cat was dead from a broken neck with slobber all over her. I have been sobbing for hours, I can’t look at my dog. Will a no kill shelter take a dog like this? I have another cat. For now my gsd will have no access to him what so ever. What can I do? What should I do? Please, help.

I saw this and immediately knew that I needed to do a post on this. While this is a tragedy, what the owner is doing is equally tragic. I’m not heartless, and I’m not without compassion. I am simply saying that lots of things are going on here, not least of which is the fact that she’s considering taking her dog to a shelter for being what he is. So let’s get a little deeper into dog behavior.

Dog behavior is all about instinct. Whether your dog pees on the carpet, snuggles in your lap or kills a squirrel in your yard, it’s all instinct. A dog is a pack animal. Being a part of a larger group and being in close contact with the members of that group is instinct. Because dogs are descended from various forms of wolves and wild dogs, almost all of them have a prey drive. Your squirrel devouring dog isn’t Dog Vader. He’s just following instinct.

Dog behavior is reactive. They have no forethought. Take driving, for example. If we’re on the road and we see a yellow light, we know to start slowing down because a red light follows. That’s our human mind at work. A dog only sees in green and red. Go and stop. If a dog were driving the car, he would completely ignore the confusing yellow, and then slam on his breaks when red popped up.

Animals Have No Sense of Right or Wrong

This one is so important when we’re talking about dog behavior. Animals have no sense of right and wrong. They only have a sense of whether or not the behavior pleases the others in the group, especially the alpha. That’s it. Right and wrong is something that only humans can comprehend. As animals, we have developed brains large enough to apply these words. A dog doesn’t see anything wrong with killing a squirrel. It’s following its instinctive imperative. The same goes for when they get into fights or destroy the couch. There is no right and wrong. There is only cause and effect.

Dog Behavior – Dissecting the Tragedy of the Kitty

So let’s take everything I just wrote about and apply it to this sad situation with the cat and what could have happened.

While I don’t blame these owners AT ALL for not thinking of this, a move can be stressful. The dog and cat were both in a new place with new sights, sounds, smells, and the like. Both of them were out of sorts, which means that both of them weren’t exactly themselves. Adding to the stress of the move and being in a new place was the fact that they were left alone.

My suspicion is that the dog was highly agitated and waiting for his owners to return to this strange new place. The cat, equally agitated, was being a cat. Which is to say it was pacing, possibly running around, and acting generally weird. When you add up the overall stress of the situation, the prey drive of a much larger dog, and the possible odd behavior of the cat, you get a recipe for something disastrous.

So at the end of it all, you have an owner who walked in to find her cat dead and her dog the culprit. This is actually where it gets even more sad for me. Remember that I said dog behavior is about instinct and not right or wrong? His owner is now refusing to look at him and looking to actually get rid of him. He has no clue what’s wrong with her. He was just being him.

It’s at this point where I want to drive home with a battering ram the fact that dogs – are – not – people. They are dogs. They operate off of instinct. Nothing more and nothing less. They are not good. They are not evil. They are just dogs doing their dog stuff based on their dog instinct. Killing the cat doesn’t make her dog evil. It just makes him a dog whose instincts were triggered in just the right way by just the right circumstances to the worst possible end.

The poor cat is dead, but what is equally sad is that it could cost that poor dog his home. Whenever your dog does something seemingly nasty or evil or petulant or any of the other zillions of things that dogs do which we attribute human emotions too, remember that none of them apply. Dogs are just dogs living by their own ingrained dog rules. We train them to try to keep those instincts in check, but it doesn’t always work out. So be vigilant at all times. Be aware. And most of all, don’t punish your dog for his dog behavior. He’s a dog. It’s what he does.

Have you ever dealt with surprising behavior in your dog? Share your experiences below to help others.