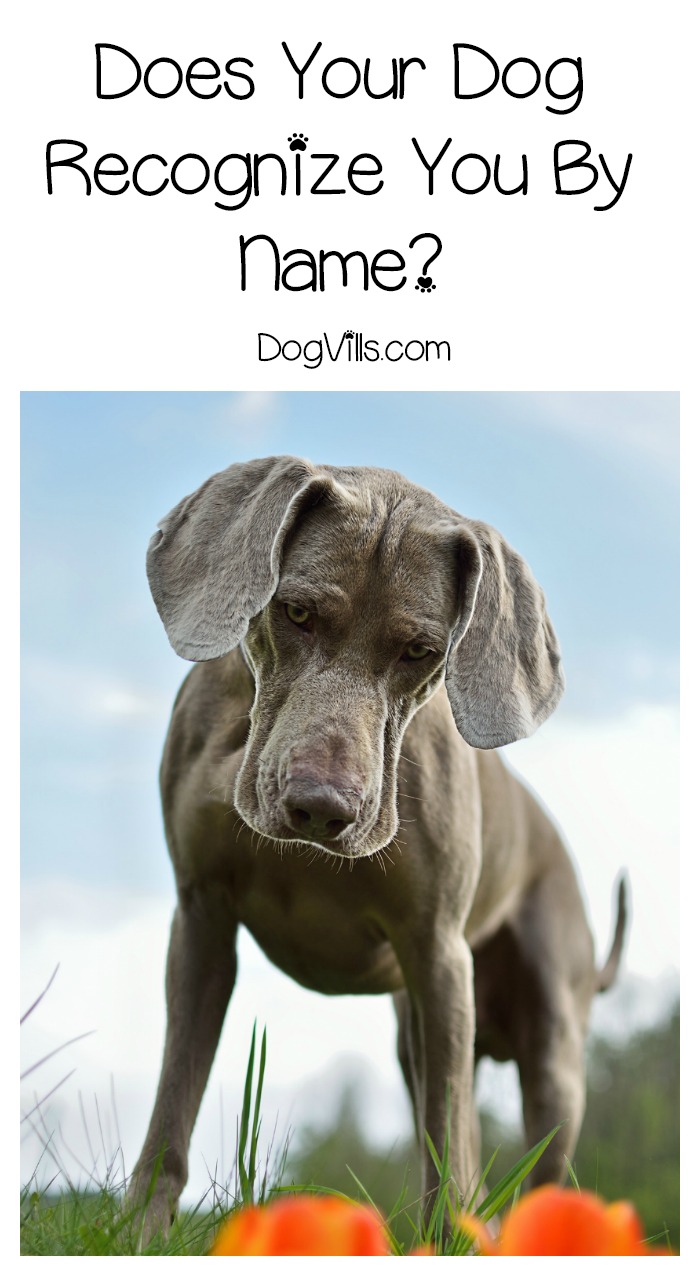 Are you wondering if your dog can recognize you among a group of strangers? Does your dog know your name? If such peculiar questions are swimming in your mind, I’m here to satisfy your curiosity.

As dog owners, we know that our pets are very smart and sensitive. They know when we are sad or happy and come to offer their company and comfort when you need them the most. And when you talk to them, you can practically swear that Lucky understands every word you say.

But does your dog recognize people by name and can he obey commands like “Go find dad”? Let’s seek the answer together, shall we?

Previously the ability to recognize faces was something attributed only to humans and possibly some monkeys. But now scientists have proven that dogs recognize faces.

Researchers from Finland decided to test their ability of dogs to recognize familiar from unfamiliar faces. They used eye tracking movement to determine the dog’s reactions to pictures on a computer screen.

The scientists discovered that dogs were more interested in pictures of other dogs than human faces. The dogs also concentrated more on the eye area of the picture, even if the face was upside-down, which suggests that they do recognize the object as a face and that they have facial recognition skills.

Do dogs recognize people by name?

We establish that dogs recognize faces, and they can tell you apart from a complete stranger just by looking at you. But what about human names? Do they mean anything for our beloved Rover?

Remember dogs don’t understand English and when you’re talking it sounds like gibberish to them. However, dogs depend on us for everything from food to walks. We’re the center of their world, so to speak. So dogs spend the day listening to us and trying to figure out what is happening next.

Some dogs intuitively pick up what certain words mean because we use them frequently, and they learn to connect the word with the action. You say “It’s time for a walk” and Rover immediately starts waving his tail because he is already familiar with the phrase and he knows something exciting is going to happen.

The same principle applies to people. We use “mom,” “dad,” “boyfriend,” “girlfriend” every day. The dog could learn that “mom” refers to you or that “Peter” is your neighbor if he hears these words often enough.

However, context also matters. Let’s take the previous example of “It’s time for a walk”. You usually say this when you have the leash in your hand, don’t you? Or the house keys. The dog learns to make a connection between the leash, the words, and your behavior. That’s how he figures out that you’re going for a walk.

But if you say the phrase without the leash it might be confusing for your pet, because he has gotten used to a particular pattern. Some studies also suggest that the tone of our voice matters more than the words we use when it comes to communicating with our dogs.

Can I train my dog to recognize a person by his name?

Dogs are animals which since ancient times have been trained to perform various tasks. So it’s absolutely possible for you to teach your dog to recognize your name or the name of your friends and family.

For your training sessions, you’ll need:

In the first stages of the training, the person must be in sight of the dog, and he must use the command “come.” Eventually, you’ll get rid of the command after the dog has learned to associate the name with the person.

Later on, you can turn the sessions in a hide and seek game and send the dog to find the “missing” person. That could be useful if someone does go missing since dogs are fantastic trackers.

What’s also great about this method is that the dog is getting mentally stimulating and you’re just sitting at home doing nothing. It’s the perfect game for when you’re not feeling like playing in the dog park.

Dogs are amazing animals, which bring joy and happiness to any house and family. They always seem to know that we’re coming home and they are waiting impatiently for us at the door. So you’re not imagining things. Your dog knows your name, and with proper training, you can teach him to recognize other names, too.

What do you think? Does your dog recognize you by name? Did you train him or he was a natural? Tell us your story in the comments.