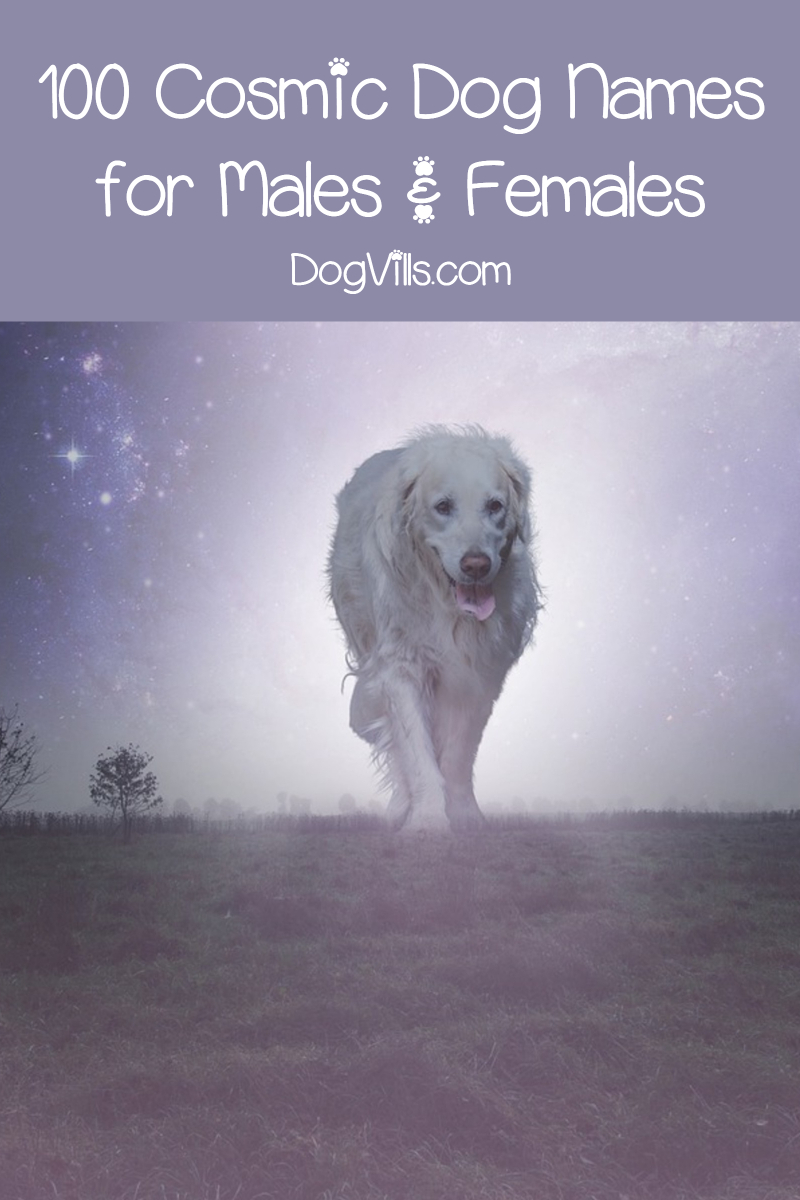 If you’re looking for the best cosmic dog names for your out-of-this-world pooch, you’ll love my list!

One of my favorite topics, astronomy and astrology can lend knowledge about the unpredictable to certain people.

Whether or not you believe in a higher power, I think we can agree that a dog is a wonderful gift from the universe (or the heavens, depending on your philosophy).

As you might know, a lot of stars, galaxies, and planets have a connection with Gods.

To show your dogs your appreciation for their steadfast loyalty and love, why not give them a name fit for the stars?

You may also love: 140 Royal Dog Names for Your Regal Pup

When it comes to choosing cosmic dog names for male pups, you literally have an entire universe of options!

From mighty mythological gods to distant constellations to wonderful planet names closer to home in our own solar system, there’s definitely no shortage of ideas!

Check out some of my favorites!

Whether your dog is the shining star in your life, or he just loves to follow in your footsteps and orbit around you much like a moon, you can find the perfect name for your fur baby boy above.

Naming your dog after a planet that has a God for a Greek counterpart is a stellar choice.

Now some of the names above can be unisex, but we have also compiled a list of names just for otherworldly female dogs.

There are a lot of extraterrestrial things to name your dog after.

A lot of the stars and galaxies have beautiful names that embody the majesty and grace of all above us.

Bellatrix is a great name to give your puppy if she is not only beautiful life a star, but also has a naughty streak.

If I could do it again, I would love to name my dog after cosmic forces.

I believe my best friend and beloved companion was sent to me from above.

My favorite is Andromeda or Aurora for a female and Star for a male (or female).

Which are your favorite female and male Cosmic dog names? Share your thoughts with us below!