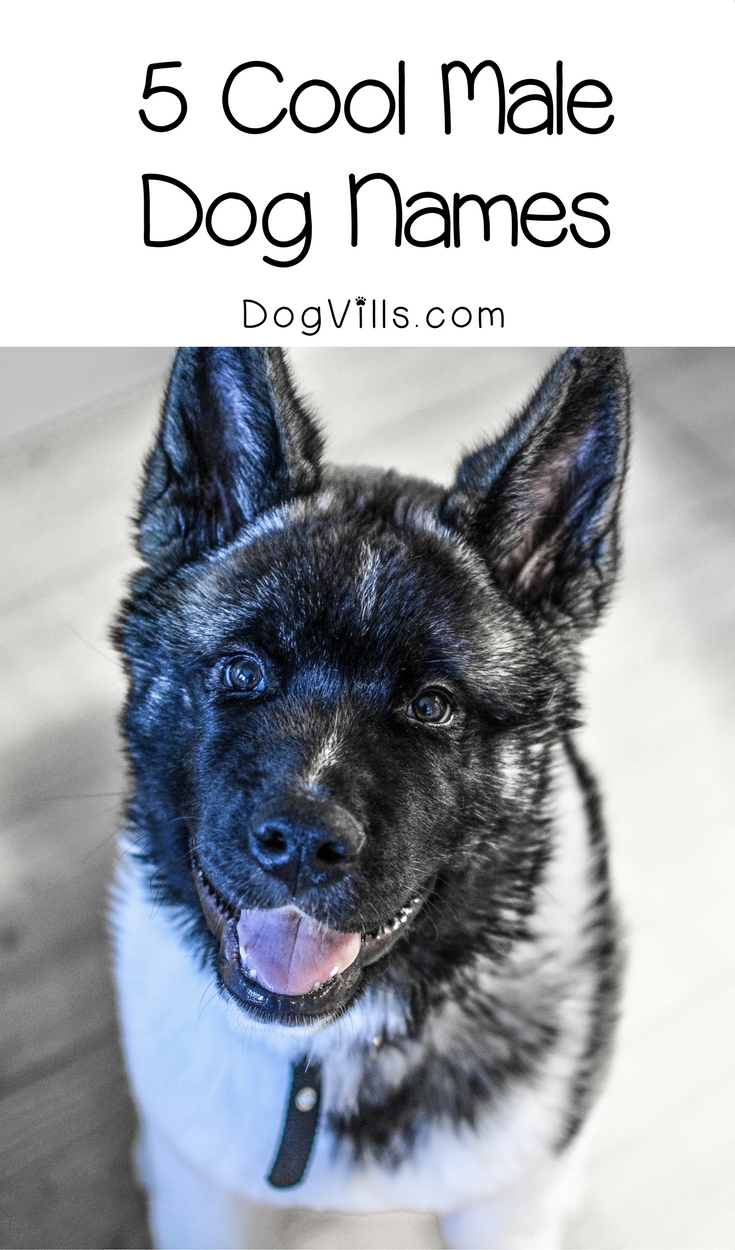 You are trying your hardest to come up with great male dog names, but you don’t want just any run of the mill name. You want your dog to have a name that is hip and trendy. A name that stands out at the dog park in a sea of Fidos and Spots. A name that reflects your family’s utterly awesome personality. You need a cool dog name! Check out five of our favorites for male dogs!

Atlas– In Greek mythology, Atlas was a Titan who was tasked with carrying the weight of the heavens on his shoulders, a punishment bestowed upon him by Zeus, after siding with the Titans in the battle against the Olympians. While this is definitely one of my favorite cool male dog names for a giant breed, it’s also the perfect ironic name for a teeny tiny little guy!

Bogart– Humphrey Bogart was a famous movie actor. He was born in New York City, New York on December 25, 1899 and died at the age of 57, from esophageal cancer, on January 14, 1957, in Los Angeles, California. Bogart won an Academy Award in 1951 for Best Actor, for his portrayal of Charlie Allnut in the movie The African Queen. He is also famous for his roles in the 1941 movie The Maltese Falcon, playing the role of Sam Spade and the 1942 movie Casablanca, playing the role of Rick Blaine. You just don’t get much cooler than that!

Hendrix- James Marshall Hendrix, also known as Jimi Hendrix, was a rock guitarist and singer. He is regarded for being one of the best instrumentalists in rock music history. He is best known for his 1967 song Purple Haze and his 1968 song All Along the Watchtower. Hendrix was born in Seattle, Washington on November 27, 1942 and died on September 18, 1970, at the age of 27, in London, England.

Lennon- John Winston Ono Lennon, better known as John Lennon was most famous for being part of the English rock band, The Beatles, along with Paul McCartney, George Harrison and Ringo Starr. Lennon was born in Liverpool, England on October 9, 1940 and died at the age of 40 on December 8, 1980 in Manhattan, New York, murdered at the hands of Mark David Chapman. The Beatles are most famous for their 1963 song I Wanna Hold Your Hand and the 1968 song Hey Jude.

Can you think of any other really cool male dog names? What did you name your pooch? Share below!