Looking for celebrity pug dog owners? Pugs seem to be a hugely popular dog breed among celebrities. And with good reason, since these dogs are most known for their cute, wrinkly faces. Pugs are known to be affectionate, adaptable, friendly and social. Here are some of the celebrities that are pug owners. 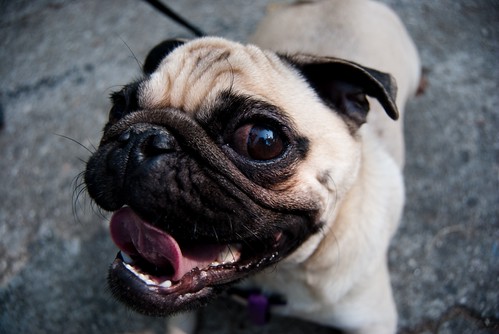 Gerard Butler is a Scottish actor that is best known for his movie roles including the 2007 movie 300, the 2010 movie The Bounty Hunter and the 2013 movie Olympus Has Fallen. Butler named his Pug Lolita. When he is not filming movies, he can often be seen walking Lolita around West Hollywood. The name Lolita is rather fitting for a dog belonging to Butler. Lolita is a slang word used to describe a seductive young woman and Butler has been linked to several of these women in the past including Cameron Diaz, Jennifer Aniston and Jessica Biel.

Billy Joel is a pianist and singer, best known for his hit songs like the 1973 Piano Man, the 1978 My Life and the 1983 Uptown Girl. Joel is the proud owner of two fawn-colored pugs: Sabrina and Rosie. In 2014, Joel donated 100% of the proceeds from a concert he played at Madison Square Garden to the North Shore Animal League of America.

Dennis Quaid is an actor best known for his movie roles including as Doc Holliday in the 1994 Wyatt Earp, as Jack Hall in the 2004 The Day After Tomorrow and as Reverend Shaw Moore in the 2011 Footloose. Back in 2008, Quaid’s Pug, Pudgy, was a bit on the heavy side, as you can see here. The photo was taken at the Los Angeles International Airport. Since then, Quaid has stated that he watches what he feeds Pudgy.

Rob Zombie is a musician who founded the band White Zombie in 1985. He began his solo career in 1998 and has since released several smash hits including Dragula in 1998, Living Dead Girl in 1999 and Never Gonna Stop in 2002. Zombie is the proud owner of a black Pug named Dracula, of course. Zombie works closely with The Puppy Rescue Mission, a non-profit organization which helps folks in the military bring home dogs they have bonded with while serving in Afghanistan.

Kelly Brook is a model and actress, who is best known for her role as Danni Arslow in the 2010 movie Piranha 3D, as well as her television role as Prudence on the NBC hit series One Big Happy. Brook’s fawn-colored Pug is named Rocky. While Rocky is definitely 100% male, Brook often likes to dress him in pink doggie clothes, as you can see here, sporting a pink body warmer. Rocky doesn’t seem to mind a bit though!

There are a lot more celebrity pug dog owners, but these five really stand out in their love for the squishy-faced breed!

Are you a pug owner? What do you love about the breed? Share in the comments!